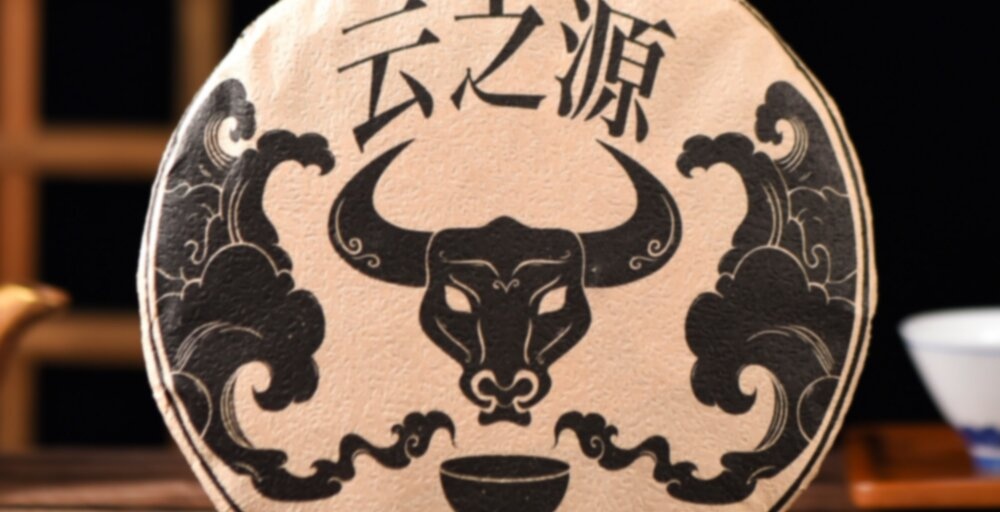 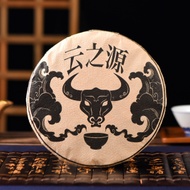 This is a Spring 2020 Di Jie Village area old plantation harvest tea. The tea was wet piled during the summer of 2020 and then aged in Mengku until it was pressed in June of 2021.

Di Jie Village is a Mengku area (Lincang) village that produces potent teas that are suitable for long term aging (both ripe and raw). Di Jie is a neighbor to Bingdao, Ba Wai, and Nuo Wu villages.

Our Di Jie ripe is a small batch wet pile, which was carefully overseen by master Li Zi Yan. Only 800 kilograms were produced, of which we were able to obtain 100 kilograms for this pressing!

The tea is rich, thick, with both bitter and fruity sweet notes. It goes many steeps and has a long lasting mouth-feeling and aroma!

I’ve only drunk sheng pu’er from Di Jie once, the Yunnan Sourcing pressing of the 2017 autumn to be exact, but I remember being highly impressed with tea from there. When I saw this ripe being listed, I instantly knew I wanted to try it at some point. Of the recent order of Yunnan Sourcing samples, it was the first shu to end up in my pot. I used my standard ratio of 13g in my 160ml Yixing zini pot accompanied by a Jianshui clay cha hai and teacup. While I received the bing hole, this being a ripe, the tea was easy to break apart by hand.

Taking my first sip, the first thing I notice is the mouthfeel. I find it very smooth and highly enjoyable. Well above average among ripes. It also stays very consistent throughout the session. The next thing I notice is the sweetness. This tea is VERY sweet. It is a mineral sweetness, though, and as such gives more of a sensation of the presence of sweetness rather than a direct taste of sweetness, if that makes any sense. I am someone who typically isn’t a fan of teas that are overly sweet, especially in the absence of an accompanying bitterness, but the sweetness in the Di Jie never detracted from my enjoyment.

In the first few brews, I got chiefly a hot chocolate taste, maybe a whisper of bitterness. After that the tea blooms into its primary character, which I found hard to identify and quite unique among ripes. The closest thing I can think of is the soy milk note I’ve picked up in a couple of ripes. In the finish I got some roasted coffee tones along with some cooling. In the late steeps those got replaced by touches of dried fruit.

All in all I enjoyed my session with this tea a lot. While I’d personally prefer it had some bitterness to it, I enjoyed both the mouthfeel as well as the flavor profile. The quality of the material is very good and the fermentation has been expertly handled. For a tea so young, it is shockingly clean tasting and has none of the roughness many of Yunnan Sourcing’s slightly lighter fermentation ripes tend to exhibit in their first few years after being piled. Currently selling for $62/357g ($0.17/g), the value is excellent. The longevity is also very impressive. My 3 min brew was as strong as a typical steep for your average shu and the two more brews I did after that were not disappointing either.

For a tea so young, the flavor profile is surprisingly satisfying already. In its current state, it reminds me a lot of the Yunnan Sourcing 2017 Yi Wu Rooster, which I revisited recently. In four years that tea has gone from mainly sweet but otherwise not particularly memorable to a surprisingly complex tea with the savoriness of soy sauce accompanied by dessert-y notes of milk chocolate, vanilla custard and soy milk. That one’s really tasty now, but the price has also jumped to $0.32/g. Both are teas I recommend to those who don’t see the sweetness of them as a potential issue, but at half the price of Yi Wu Rooster, the Di Jie is a much easier tea to recommend. And it already being so far along this young, I see a higher longterm aging potential in it than the Yi Wu.

I need to finish my other Yunnan Sourcing samples first, as well as the sample of this, but I see a potential cake purchase in my future.