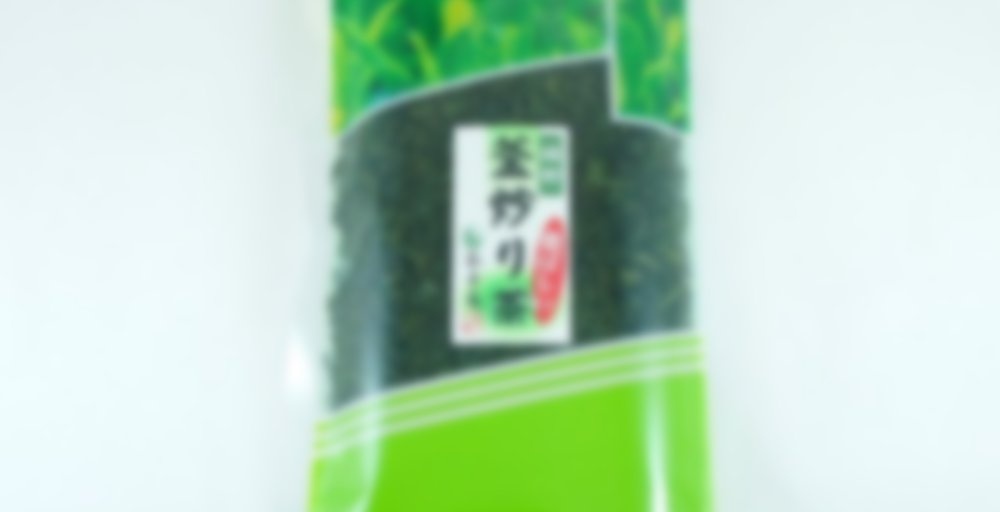 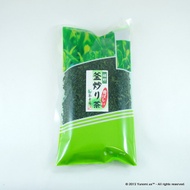 Kamairicha (literally pan-fired tea) is a type of tea that is made by skipping the steaming process and freshly picked leaves are roasted and rolled, a method introduced from China in 15-16th century. Oolong tea and many other Chinese teas are processed in this way. Ureshino in Saga Prefecture is said to be the first region in which this kamairi method was introduced and therefore is often produced in Kyushu.

I am currently drowning my sorrows in terribly Hip-hop and Rap, it seems growing up in Atlanta means I never really lost my taste for Krunk, though in my defense I love good Rap, the bad stuff is just a guilty pleasure. Why am I drowning my sorrows you ask? My variable kettle went on to a glorious afterlife, I am sure it is heating water in Valhalla now with all the Warboys, all shiny and chrome.

Today’s tea is a fun blend of tea techniques and cultures, Yunomi’s Chakouan’s Ureshino Kamairicha, a Japanese Green Tea where the familiar steaming step is skipped and the tea is pan fired instead, similar to the way green teas in China are made. This technique was brought from China in the 15th-16th century and is a specialty in a couple southern regions, Ureshino in Saga Prefecture being one of those regions. The aroma of the curly leaves is quite nutty and sweet, it has a distinct note of sesame seeds which give the leaves their gentle sweetness. Underneath those notes of sesame seeds is a sharp leafy note of raw spinach and a bit of fresh kelp, adding an umami tone.

Into my pseudo-houhin the leaves go, luckily the leaves are fairly large so they don’t all go out the somewhat large holes, always glad when that happens. The aroma of the soggy leaves is a blend of cooked spinach and kelp, reminds me a bit of seaweed salad, but with a whole lot of extra sesame seeds. Just the right amount of green and seaweed to make me salivate. The liquid is nutty and sweet, like toasted sesame seeds and not much else, seems like all the aroma is in the leaves.

Tasting time! The texture is very smooth, and just a little bit on the thick side. It is surprisingly sweet and nutty, ok, not really surprisingly nutty, but the honey sweetness was a pleasant surprise. This initial burst of sweetness moves to a combination of sesame seeds and chestnuts, after that we have a nice burst of steamed spinach and a great finish of fresh kelp. The aftertaste surprisingly is a gentle fruity nuttiness that lingers for a while.

Second steeping time! The aroma is not changed much from the first steep, notes of toasted sesame, but there is a gentle undertone of fresh grass to go along with it, still pretty faint. This time the taste starts out green and crisp, no sweetness or nuttiness, crisp bell peppers and spinach with a finish of kelp. This tea is a fascinating thing, you have the familiar notes of a Japanese green mixed with the nutty toastiness of a Chinese green, I really appreciate the blending of techniques.

For blog and photos: http://ramblingbutterflythoughts.blogspot.com/2015/10/yunomi-chakouan-12-ureshino-kamairicha.html

As long as you listen to Froggy Fresh, we will be on good terms still.

I decided to take another trip to Japan this afternoon by sampling this Ureshino Kamairicha. I believe this was part of a Monthly Club package tea but it is possible it was a gift for placing an order. Either way I have a sample and intend to sample it’s delights.

The tea is small and rather finely chopped and the leaves are dark green with some stem. It has a sweet yet mineral, green scent, the more I sniff the sweeter it becomes and also more floral, similar to honey suckle and sweet grass.

First Steep (Issen Me – as I am learning Japanese)
30 second infusion
The tea ‘soup’ is yellow green (resembling yellow Jade) and has a sweet yet buttery grass scent. Flavour is very buttery and grassy with some sweetness and a floral after taste. Has a little astringency but at a nice level. Very sweet grass still and with a dry after taste.

Second Steep (Nisen Me)
10 second infusion
Very flavourful for only ten seconds, in fact I think it would have been too astringent if it were any longer. Still buttery and like sweet grass but the dryness has increased though it’s still at a satisfactory level. Also has elements of hay.

Third Steep (Sansen Me)
30 second infusion
An increase in the astringency though it still remains sweet, enough to be pleasant still. Again the dryness has increased also.

It was a nice green tea but if I’m honest it was not unique and I’m afraid I would forget it easily. I am happy to have tried it but it’s not a tea that I would re-stock.