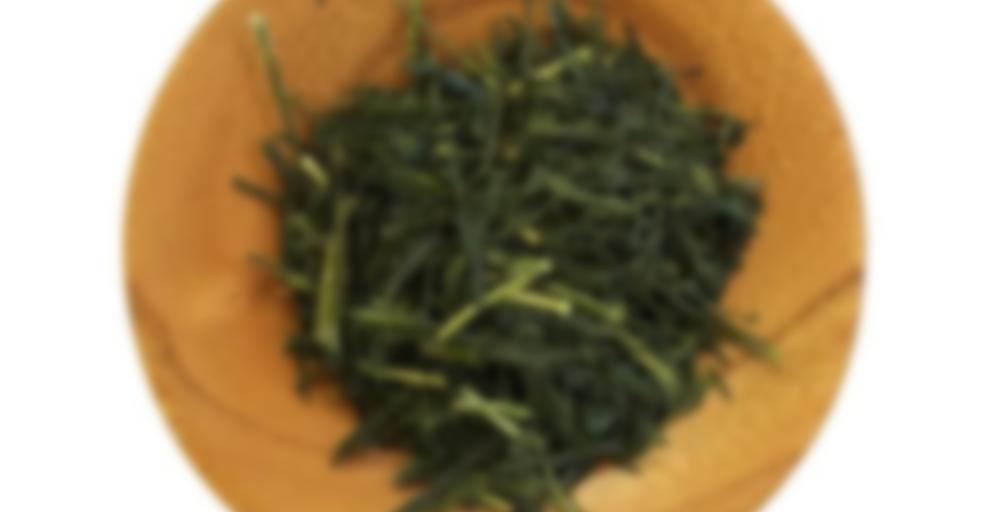 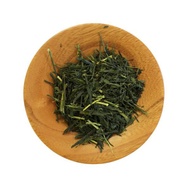 Aracha refers to tea that has only gone through the process of steaming, crumpling, and drying.
Product Info

Surprisingly full-bodied. I thought it would be a bit delicate, but it works both hot and iced. Perfect for Spring. Not a “classic” Japanese green cup, but definitely not a Spring Blossom Pekoe. To my tongue, it was something a bit new. Kinda like when you first have a fresh Japanese black when you mostly know Assams and Keemuns. Loved it.

Drinking down the last 5g of this this morning. I was so tempted to dip into a new gyokuro or houjicha or something, but I figured I should drink my open and other smaller green samples first, plus this let me drink a larger amount at a warmer temperature.

Due to the lack or sorting and whatnot, it is a bit of a hassle to prepare this one because of the dust and fannings. I enjoy the grassy, beany, faint chestnut and light astringency, but it doesn’t stand out enough for me to necessarily crave it in the future. I also find this tea to be harsh on an empty stomach in the way that matcha is for me. All in all, though, being able to have the opportunity to try unrefined tea from a single field is quite a special thing, and it helps me to better appreciate every tea that I drink, and all of the work that goes into achieving the final flavor profiles that teas end up with.

I used my points in my Yunomi account to purchase 200g of this tea. It’s simple, nutrient-dense, consistent, and has a long aftertaste. In some ways, this tea reminds me of a kabuse-cha more than a sencha. The dry leaves include long dark leaves with stems that are less chopped and have a scent of roasted seaweed and faint sweet seagrass.

It yields more steeps (about 6 or so depending on how much leaf used), as the leaves release their flavors more gradually since they’re not chopped, than regular sencha. The result is less up front astringency and leaves that yield more gentle and savory notes of baked grains and a faint nuttiness in the first steep. Later steeps gave roasted zucchini and asparagus along with some of that savory roasted nori in the aftertaste. Wonderful morning pick-me-up!

This tea, despite being the cheapest tea in my Yunomi order (I think anyways) was quite tasty. The main area where I noticed a difference was longevity. With all the other teas in this box so far, I’ve been able to get at least three really tasty steeps, whereas this one was basically just the first steep. Yes, I drank the next couple after it, but they paled in comparison.

So, that representative first steep: I used 5g with 175F water for 1m as recommended on the package. The brewed leaves smelled grassy and sweet with a touch of astringency. Basically like a sencha but not quite as nutty I think. The flavor was good, but unexpected. I got grassy sweetness with the unmistakable aftertaste of caraway seeds (the little seeds in rye bread). It was weird. I don’t know if it was a trick of the mind and flavor association, but the tea started tasting a little bready about halfway through the cup. This first steep had not detectable astringency. In my second session, I did a longer first steep at 90s. I felt this ruined the tea lol. Failed experiment. With that longer first steep I got a decent bit of astringency and didn’t get the cool caraway flavor.

In both sessions, my subsequent steeps were much flatter in flavor with a pretty prominent bitterness. The second steep did still boast a slightly sweet grassy aftertaste, but it was unremarkable.

I almost wrote that this was a lower tier of tea than the rest of what I’ve been drinking, but corrected myself, remembering that this is a “raw” tea. Having looked that up, it seems to mean unsorted, so there’s still all kinds of stuff like stems and parts of the leaf not usually used in sencha still in there. It’s interesting to be able to drink something at this stage of production. And while it was good, I think that a direct comparison with a finished and/or blended sencha makes it obvious why production usually goes further than the aracha stage.