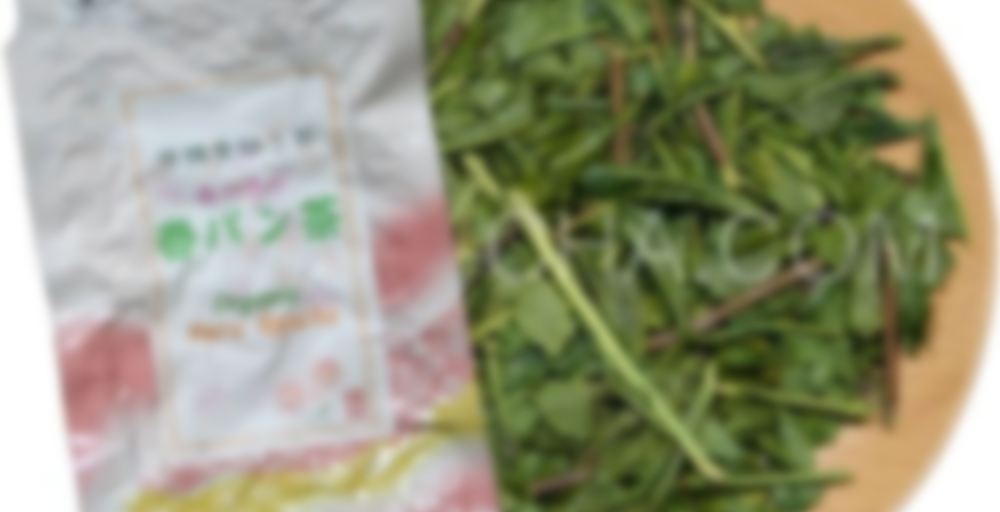 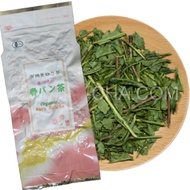 Haru Bancha (Haru meaning Spring) is a rather rare speciality pan-fired organic bancha from Miyazaki. It contains the established coarse winter leaves, stems, and twigs that are harvested from the parent branches of kanayamidori tea bushes in late March each year.

The brewed tea has an exceptionally “green” Spring aroma, a wonderfully balanced, gently sweet, yet incredibly satisfying taste, and a yellow liquor color that would brighten even the dullest of days.

It can be drunk and enjoyed anytime of year, but the gentle nature of this tea is especially nice during Spring when ones body enters Spring detox mode. It’s rejuvenating, vitalizing, low caffeine, and it’s a sure bet your stomach will be happy with you if you do drink it in Spring! It’s also the perfect pre-shincha beverage that really gets you in the mood for more Spring Japanese green tea!

Tastes like newly mown spring grass smells: deeply, richly, grassy. A little sweet, a hint of briney, but not umami, gently herbaceous without being astringent or bitter. A delightful surprise. Several infusions in, starting as suggested at 175°F (about 80°C), still very neat and interesting tea.

It is so cool that someone figured out how to use the leftovers to make something as bright and lovely as this.

I originally bought this tea out of a mere curiosity of trying bancha and sampling tea from Yuuki-cha. I just placed an order for a kyusu and figured it would be a good idea to throw a tea in my cart, but not something seriously expensive (the kyusu had already put a huge dent in my wallet).

When I opened the bag I was very intrigued. The smell was oddly nostalgic, yet I couldn’t place my finger on it and I still can’t. It almost smells yeasty to me- oddly enough a smell I kinda like.

So on to the real test – the taste test… and it was a letdown, but only at first! I finally managed to brew this tea correctly yesterday and fell in love with it. I used the suggested upward amount of leaf (6 grams) and 4 oz. Today I’m enjoying a big 8 oz. glass with hopefully many infusions. I was able to get around four good cups of this one yesterday.

The taste is very mild and reminds me of the herbs I used to drink in abundance (I still do, but I drink more tea now), like horsetail and strawberry leaf. And yet, there’s something different and unique about this tea. The description refers to this tea as fitting for spring and I think they’re spot on. It’s as rejuvenating as stepping into a open field of spring flowers. After imbibing these sylvan elixirs, one is gently lifted and brought back into a renewed state of energy and life. After drinking four cups of this yesterday I cleaned like crazy for three hours!

Wonderful tea with pure fresh green aroma. You can smell its freshness when you open a bag. I was pleasantly shocked that a tea can smell that green! It can be steeped multiple times, aroma always stays. Probably the best bancha I have ever tried. Taste is different from any other tea I have ever tried. For true tea lovers.

Great, very easy tea. Very forgiving. If you brew it lightly it will be subtle and refreshing; stronger brews can become nicely heavy without any bitterness or astringency. It reminds of some herbal teas, especially the earthy-grassy things in coca tea and mate.

A perfect everyday tea with character. I have to give a special mention to the color of the brew. I have never had a green tea that brews so vibrantly green, it’s really nice to look at.