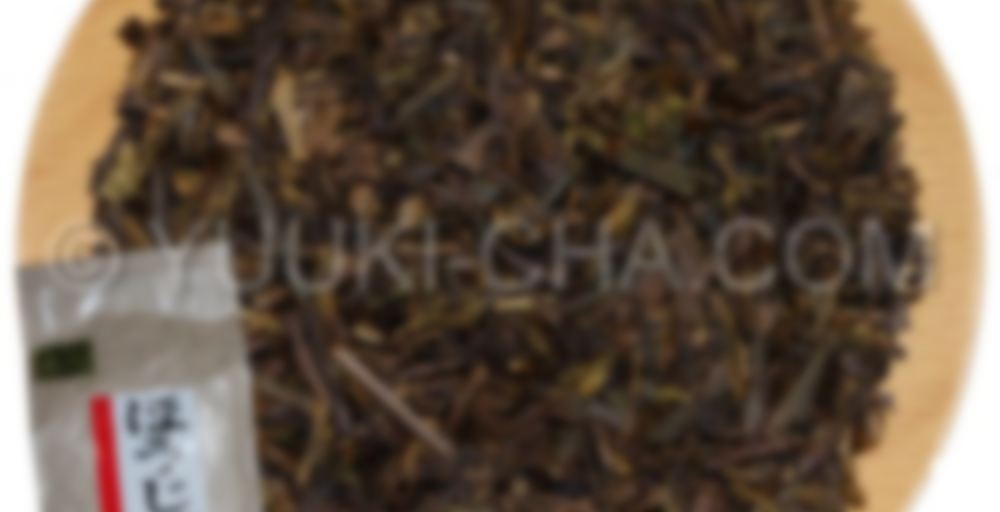 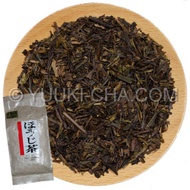 A superior first flush organic hojicha green tea from Kagoshima that is made, not from late harvest leaves as so many hojicha are, but instead from first harvest spring leaves and a small percentage of stems.

Organic hojicha made from first harvest leaf material is not all that uncommon in Japan. In fact, the organic growers we deal with pretty much always present first harvest hojicha in their tea range because they know it offers vastly superior taste and aroma to the very cheap late harvest hojicha teas on the market.

This one is certainly no exception to the above rule, and has a very delicious distinctive sweet-roast taste and aroma, and is not bitter, astringent, smokey, or flat at all. Can be enjoyed year round, but is especially nice and comforting in the fall or winter months. It can also be prepared and enjoyed cold during the summertime!

Upgraded to this from the grocery store Maeda-En hojicha I used to drink. There was nothing wrong with it, in fact it’s one of the best commercial green teas out there, but I wondered if I could do better and Yuuki-Cha’s description of this tea was enticing: specially aged, first flush harvest picked from a high grade kuradashi leaves.

The dry leaves give off a funky, almost putrid smell. I got some really intense dark flavors the first couple of times I steeped it. Dark amber hued liquor with lots of woodsy and caramelized notes. Coffee, butterscotch, and leather were the dominant flavor and aroma characteristics. These were accented by notes of maple, barley, roasted nuts, sandalwood, and toffee. It’s definitely more complex than your typical hojicha. The flavor has now started to mellow a bit after resting a couple of weeks. It smoother and the earthiness has tamed down.

I especially enjoyed it as a cold brew which is how I’ve been steeping it lately. The cold brew is even smoother, crisp, and refreshing. You can taste more of the tea’s subtleties. Tobacco, black cardamom, oak, and clove were some of the more interesting flavor notes I got from cold steeping.

While I can appreciate how meticulously this tea was produced and enjoyed its complexity, I still prefer the simpler taste of classic hojicha. This to me is more of a connoisseur’s tea. It may appeal to fans of roasted oolongs or rare aged teas, but for me the taste doesn’t quite live up to its lofty pedigree.

I don’t know how much experience you have with Obubu teas, but I would love to send you some!

Sure, I’m always up for trying new tea companies. I’ve seen Obubu tea on Yunomi but don’t think I’ve ever tried them. Let me know which ones you have in your stash.

After brewing, the oils visibly shift on the surface of the cuppa.

The aroma is exemplar of hojicha, sweet and floral, almost fruity. Very strong, so much that it wanders about the room.

It has an immediately sweet taste, much the same as the nose, followed by a delicious roasted flavor – not a trace of smoke. A delicate sencha seems to play briefly before collapsing. It’s as though the roasting process were occurring in your mouth.

This is a very good hojicha! The most flavorful I’ve had in a long while.