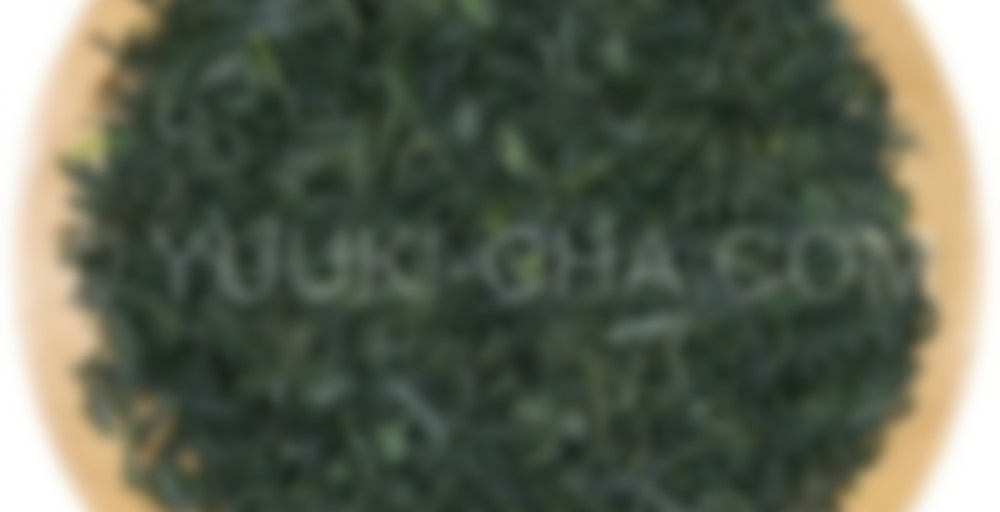 Made from the Sakimidori cultivar, this is one of those beautifully delicate teas that teases the taste buds with a sweet and faintly fragrant taste profile. We are quite sure this one will grab your attention especially if you are a fan of these type of elegant high quality organic Japanese green teas.

BREWING NOTE: You can of course brew this as you’d brew any high quaity organic Japanese green tea in a Kyusu, but it is also really nice brewed up in a gaiwan with around 3g of leaf at 70C for about 60-75 seconds.

Easily the best green tea I’ve had in 2017. This is an exquisite green tea with a full and creamy mouthfeel, silky smooth texture, and a pear like fruitiness. There’s a sweet umami quality to it almost like gyokuro.

Dry leaves are curled resembling a Laoshan green with a similar aroma. The wet leaf is a very vibrant green color and tea liquor is pale yellowish green. The early steeps have a lot of fruitiness and umami to them. There’s less of the vegetal and grassiness you typically see in greens. What immediately jumps out at me is the unbelievable mouthfeel that leaves a velvety sensation lingering on the palate long after the tea is gone. I brewed this at fairly low temperatures, around 158-162 F for the first 3 steeps. The last two infusions were at 170-180 F and had a light sencha-like grassy flavor.

This to me tasted like some of the better shade-grown Laoshan teas I’ve had. I’d say the flavor profile is a cross between a Laoshan green and gyokuro. I was a little hesitant to order it as this was the most expensive kamairicha in Yuuki-Cha’s lineup but I’m glad I did because it’s totally worth it for the amazing flavor and the many infusions it gives.

A ringing endorsement! Putting this on my wishlist as you have me very curious. Would order now except I have far too many green teas from 2017 to get through while they are fresh.

PS: the price is more reasonable than what I was bracing myself for.

It’s a good tea for sure. And you’re right about the price. I realized I’ve paid a lot more per ounce for Verdant’s Reserve teas that were less spectacular.