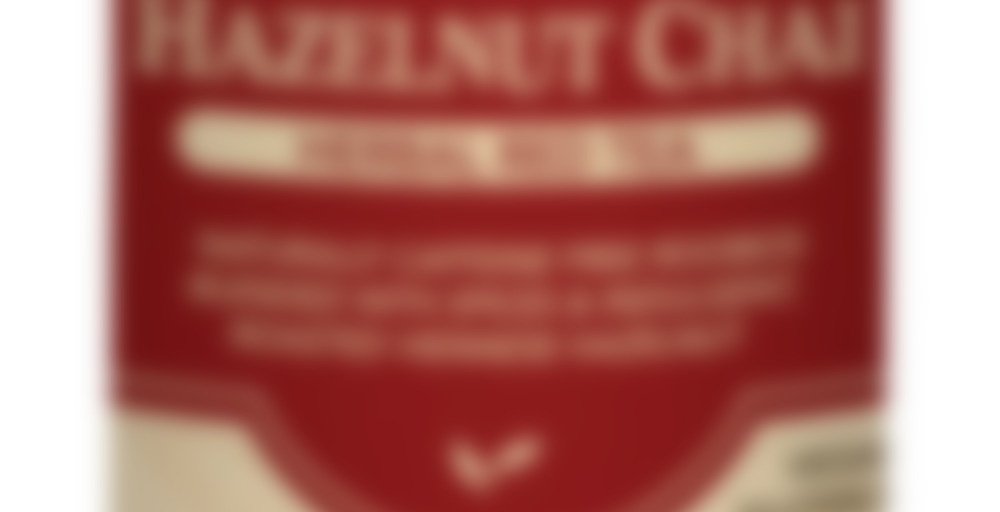 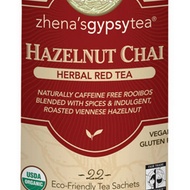 by Zhena's Gypsy Tea
77
You

We just finished our first tin of this (I buy 3 packs from amazon). Yum. I still taste “sweet and delicious” rather than “nutty” but that’s ok. It makes me feel like I just have loads of the caramel chai, which is not a bad thing at all. I served it with a little cinnamon spiced everyday cake with walnuts, and it paired so nicely.

I haven’t reviewed much lately, been really busy and drinking down some favorites… not had much time to sit with a new tea this week, until tonight.

I got this as a part of a sample pack on a trip to Indy a few weeks ago… found this at a Homegoods store. It’s bad when there are so few tea purchase opportunities in the area that you make a special trip into a housewares store in the hopes of finding some tea. I grabbed the sampler tin of chais, and a raspberry mint that I haven’t yet tried.

I wasn’t sure which of the chais to try tonight. I thought I grabbed a caffeine free one, but oops.. Now upon a second look, it’s a black tea. Dry it smells sweet, nutty, and spicy. Steeped as a latte, I get sweet caramel chai goodness. I’m not really noticing the nut except maybe in the depth/richness of the cup, but some of that may be the black tea that I hadn’t realized I had chosen when picking this tea.

I actually think I liked this one better than their coconut version I tried awhile back that I thought I would love. Wonder how a second steep would do since I finished this cup so fast? I think I might have to try.. but after that, gotta turn to something w/o caffeine :)

Thinking that it would be nice to stumble on a full size tin of this sometime.. I might just snag it up. We’ll see if I feel the same way after I finish the other 3 tea bags.

Dang.. Hubby tasted my re-steep and tried to steal my cuppa. Had to offer to make him one to get it back.. and he’s not one for teas with spice. Says he’s turning over a new leaf. Pun unintended