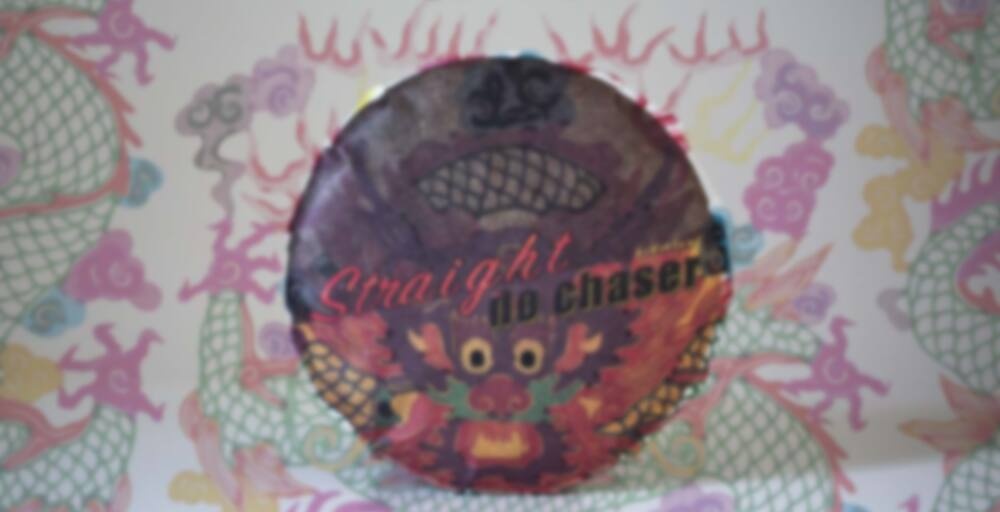 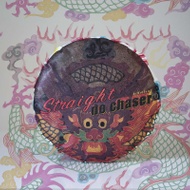 by Bitterleaf Teas
79
You

Our only blended tea for Spring 2021, this tea showcases the best of the north-Bulang region. This tea is very up front from the beginning, with an expected, but not overwhelming, kuwei (pleasant bitterness). A more refined and lasting fragrance quickly emerges, along with a sugary sweetness. The mouthfeel is also a highlight, with a full texture that goes down smooth.

Made from a blend of Hekai and Nanmo qiaomu (arbor trees), this versatile tea is responsive to brewing style. Brew with a heavier hand to coax out moderate bitterness and some roughness. Remain on the lighter side to take in more of the fragrance and floral nature.

This tea is perfect when you need a good pick-me-up, offering a noticeable and pleasant energy and body feeling after a few brews.

After the rinse the wet leaves aroma is pure and layered with florals, dried fruits, berries, vegetables. No smoke. The berry aspect is very strong and acidic, almost like cough syrup.

Through the infusions the fruity aroma from the leaves makes space to malt, toasted nuts and cacao. The liquor feels brothy, smooth, with the right balance of bitter and sweet. I’m actually tasting most of the aromas. The aftertaste lingers for minutes with good complexity and spice tingling in the throat.

This was an early morning weekend session for me. I remember when the original 2015 version of this sheng came out; the name and description intrigued me but back then I was intimidated by pu’erh so I passed on trying it. Even if this isn’t the exact same thing, it still feels like a second chance to revisit a tea that I always wondered about – and its good!! Starts off pretty soft and sweet; more so than I would have expected. There’s a floral “flower nectar” vibe to the early steeps, and as it progresses the texture of the soup becomes a bit thicker and slightly astringent but the overall sweetness remains alongside a greener edge and a slight candied yuzu taste. When pushed it can get more bitter and pithy, but the huigan is more intense as a result!

Thelonious Monk is one of my all-time favorite jazz musicians, so I have a fondness for this tea’s choice of name. As a fan of Bulang as well, this blend of Hekai and Nanmo has at least on paper the ingredients for success.

Dropping the dragon ball in my preheated gaiwan, I’m greeted by an aroma that makes me think of lightly smoked fish. Not the most enticing aroma, but let’s not judge a book by its cover. The aroma of the wet leaves clears up a bit and interestingly continues to change throughout the session, presenting various facets of itself.

The rinse and first one or two infusions are rather disappointing in terms of body and the flavor is rather vague as well. But once the tea gets going, the body improves and you are greeted by the characteristic Bulang bitterness. There’s actually a lot that could be said about the flavor and bitterness especially in the early to mid steeps, but I feel like I lack the necessary association needed to properly describe them. I know people who can do it are out there.

What I can say is that the bitterness isn’t unpleasant and fades fairly quickly, at least most of it. If there’s sweetness, at least for me it was masked by the bitterness. The body reached maximum thickness around the mid point, which is where I also encountered some floral character. The latter half of the session is also where I started feeling increasingly hot and eventually even a bit unsteady. I don’t know if I’ve slowly built up a tolerance over the years or just been drinking the wrong teas, but it’s been rather rare for me to get tea drunk as of late, so this tea surprised me.

After a bit of a slow start, once the tea got going it ended up impressing me a lot more than I would have expected. I found it a really fun tea to session. The cha qi is lively, but not overbearing or aggressive like some Bulang teas can be. Perhaps not something you’d look for in a daily drinker, but nice for an occasional brew for when you are craving something a bit more energizing. If you are a fan of Bulang, Straight No Chaser is well worth trying. It’s ready to drink now, well-suited for aging and the quality matches the price.

So far I’ve been really surprised by Bitterleaf’s 2021 teas. Nearly all of the teas I’ve tried have been totally ready to drink this young, which has certainly not been my experience in previous years with most sheng. On top of that nearly all of them have been REALLY good. I know many of my reviews of Bitterleaf teas have been positive, but I’d like to note that there are a lot of their teas that I didn’t bother to review because I wasn’t that enthusiastic about them. I don’t think there have been any I truly disliked (which is fairly rare anyway), but many of their teas end up ranking as okay in my book. I mean, it’s like that for most vendors.

If we look at Bitterleaf’s raw pu’ers from 2020, unless I’m forgetting something, I believe the ones I’d personally recommend are Year of the Rat Yiwu, Drink Me and Little Mountain Bloom. Monsieur Lafleur also gets an honorable mention as a cheaper alternative to Bloom. Plum Beauty also carries an intriguing fragrance to it, but I honestly just aren’t that into Mengsong teas. All of the other teas are nice and I’m sure they have their fans, but I wouldn’t personally name them to someone asking me for recommendations.

But this year’s lineup… So far I’m really impressed. Maybe I started with all the good ones, but we’ll see. A bit of a tangent, but I wanted to bring it up somewhere since it was on my mind.