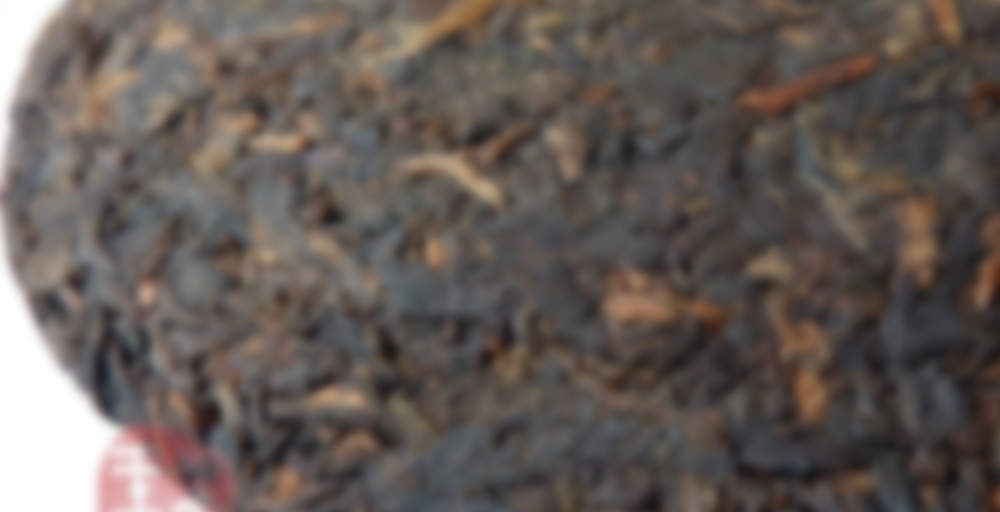 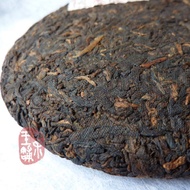 “Zi Qi Dong Lai” : The Purple Air comes from the east — a propitious omen. This small ripe puerh cake is exclusive for our shop and Czech tea-sellers. We tasted many different materials and chose this recipe together.
Two kinds of materials from Menghai:
2006 5th grade from Haiwan Tea Factory (stored in Anning) and 2008 Gongting (the highest quality ripe puerh) from a small factory in Menghai (stored in Kunming). The 5th grade from Haiwan TF is definitely better quality than other factories. The leaves are picked in spring and sun-dried, small and soft without long stalks. The liquor has ruby color and clear, In body is creamy dark chocolate taste, sweet and very silky!

This is a relatively nice tea from Chawangshop. It was not terribly expensive but as I recall not dirt cheap either. It was fairly bittersweet at the start with a fair amount of fermentation flavor. Both the bitter note and the fermentation took four or five steeps to steep out, leaving a fairly nice, semi sweet ripe puerh. I tried the same ratio of leaf to water that worked so well for the LBZ ripe tea from the other day, 1g to 10ml. It was too much tea for this one. This one would have been better with at least a 1g to 15ml ratio. Still there was a good taste to this by the eighth steep. I think if I took this to twelve steeps it would develop a fruity character, or if I had used less leaf probably by the eighth steep.