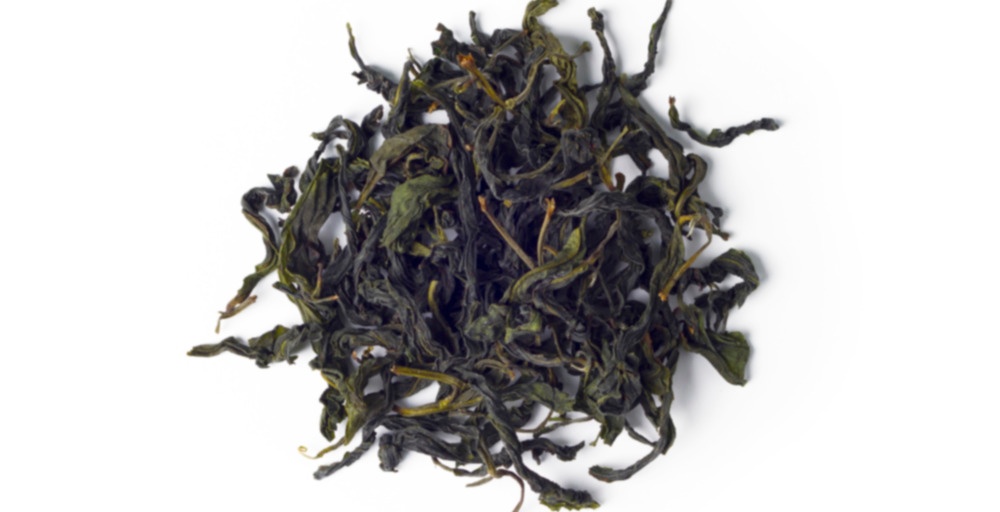 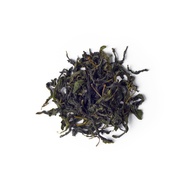 After years of searching, we’ve finally found the ultimate Pouchong Oolong. So what makes it so special? The natural floral aroma, with each leaf rolled in a signature style to preserve the fragrant tea oils. It’s grown in the Wenshan area of Taiwan, known for its beautiful landscape, clean water and fertile soil. The tea estate sits on a high hill overlooking a fresh, pure reservoir. And the difference comes through in the cup: fresh, complex and vegetal, with hints of ripe fruit and pine. Trust us – it was worth the wait.

A lovely floral, fresh tea. Light yellow green in the cup. I made this in a gaiwan and so far on the second drinkable steep and it is wonderful. There’s a bit of fruity as well, strikes me as apricot/peach tones.

I’m glad I picked up a sample of this to try Gong Fu because tonight’s session was really lovely overall! Actually, for a pure tea from DAVIDsTEA I definitely thought this exceeded my expectations, which probably weren’t as low as they should’ve been. I wonder why the tea is being discontinued? Supply issues? Lack of popularity?

Anyway; the first thing I noticed about this tea right from the start was that it had a really powerful floral aroma and taste. My little sister was convinced that the tea incorporated lavender in some regard because that’s what it smelled like to her. Personally, I didn’t taste lavender per say in any of the ten infusions I had but it WAS very floral and sweet. Quite lovely, actually.

In addition to that, the middle infusions were absolutely the sweet spot with this tea: I was presented with not only the floral notes I’d tasted in the first infusions (and latter ones) but a bouquet of clean, crisp vegetal notes, and a really smooth butteryness which also reminded me quite strongly of coconut or coconut water in the first half of the session. Less so in the second half.

The last infusions were quite fruity; definitely stonefruit, I’d say. DAVIDsTEA calls it ‘plum’ but I disagree with that – if anything I’d say it’s more of a peach or apricot kind of fruitiness. It really isn’t super distinct though. Along with this fruityness I also taste cane sugar.

This tea was also a lovely one to share with my sister because I kind of got to show her how a tea’s profile changes over multiple steepings. I shared the second infusion with her and she disliked it a lot; she called it too grassy/vegetal (a word she’s learned from me) and not sweet enough. However, a few sips from the seventh and eight infusion changed her mind and she couldn’t believe I wasn’t sharing a totally different tea with her! The profile had changed that much.

Sadly, this one is already off the site. Too bad. I’d like to try it. It sounds like a good one.

Trying this one next to the Tie Kwan Yin tea to see which one of these straight teas I prefer as they both say floral to taste.

I’m preferring this one over the other one. The colour of this one is light yellow, which is lovely. I find the taste to be light and floral but not overly. It’s so light and refreshing. I could actually see this one being really good as an iced tea surprisingly even though I’m not much of one for floral teas. But this one is so good and I know I’ll enjoy the last spoonful that I have.

I got this couple of month ago, but I have been drinking Oolong’s for years now. It has amazing Vegetal and ripe fruit taste. I don’t recommend drinking this tea after 6pm because it can interrupt your sleep.

Tried this on a whim today, and I’m not sure how I feel about it – there are other straight oolongs I like better than this one, but it definitely wasn’t a bad cup. Maybe it was the milk addition that made this taste slightly off – if I ever have it again, I’ll definitely have to try it plain. As it stands, though, I have to rate it as I make it.

The wet leaves are almost like a mild milk oolong and the leaves are a lovely bright green. At first, the taste has less going for it than the odor, but as it has cooled, it has taken on more distinctive oolong-ness: vegetal and also a bit fishy. It’s not knocking my socks off – the second infusion is a bit less so than the first. For this first time out, I followed David’s suggestion of 1 ¼ tsp in 8 oz at 185. I think next time I’ll try it in the gaiwan and see if that gives it more oomph.

Sipdown! 987. Tasty pouchong, nice and vegetal and buttery, and lasts for a good number of infusions.

Was this one of those uber expensive ones? I don’t remember seeing it on the shelf last time

Yeh I do the same thing. Unless I fall in love with it like I did lala lemon

That’s a cheap one though, IIRC!

yah compared to the premium ones it is super cheap lol

Mmm not gonna rate this one because its not up my alley at all. I don’t find it particularly floral or plum like at all… Instead I am getting mushroom and almost…. Idk. Its like I’m eating meat, like beef, the way it tastes as it touches my upper palate??? its just not a very refreshing taste. I dunno. Its weird. Not my thing.

Pine and plum notes for sure, though the pine is stronger. A note I dislike in tea: I don’t know if this is called ‘vegetal’ or what, but there’s a a taste and scene that reminds me of scallops. I’ve detected it in some green and white teas, and I don’t care for it — well, not in tea. Scallops on my plate is another matter. Some shea butter notes in the aftertaste.

Yeah. I’ve not tried to make a second cup. I don’t want scallops in my oolong. Add a pinch of salt to this tea and you’re halfway to soup. Not for me.