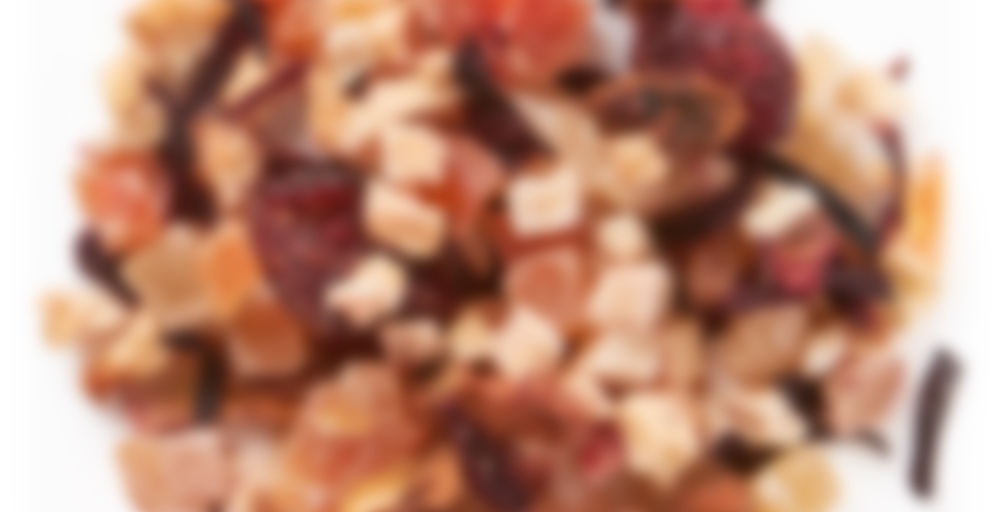 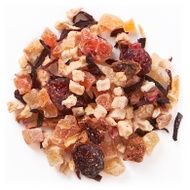 with 53 Ratings Rate this tea Rate This Tea

Looking to get away from all the hustle and bustle? There’s nothing more relaxing than the sunny Caribbean. Swaying palm trees, soothing waves and soft white sand…it’s the perfect little escape. And we have your one way ticket right here. With juicy pineapple, fresh papaya and yummy cranberries, this sweet and tangy tea is the ultimate tropical fruit punch. It’s like being on the beach without even leaving the city. The only thing missing is a little paper umbrella…

One of my favorites! Fruity and tropical.

As the advents continue, the fruity hibiscus teas are starting to feel the same. Hot, I’m getting mostly an artificial sweet flavor, with the hibiscus next. There is pineapple in the scent but I miss it in the flavor. The hibiscus and other fruit is more prominent when it cools. I could definitely see this as a cold brew or iced tea, so long as it doesn’t accentuate the sweetener.

#tiffanys2021sipdown Tea #203 overall / Tea #27 for May
Monday 5/17 - DT Caribbean crush cold brew glass jar (drained 5/16 left for Micah). I enjoy this tea haven’t had it in forever, a classic from DT. I meant to make it easy for me to pour into a mug and sip, but I ended up leaving it for Micah that day (I did a 11 pm Sunday to 430 pm Monday shift LOL). I hope he enjoyed it (:
#tiffanydrinkstea #tiffanys2021 #tiffanysfaves #tiffanyinthe614 #tiffanysteasipdown

A pandemic gift from a fellow tea drinker, I decided to open it up for this morning’s cup. I quite enjoyed the tropical blend (though I wouldn’t consider cranberry or apples to be tropical). After my last pineapple tea review, this was a definite winner. I had it hot but I think it would a great iced tea too.

Had a little sampler packet of this, which I think I got in a long ago DAVIDsTEA order. It suggested using 500ml of water, but there just didn’t seem enough leaf in the packet for such a heavy/chunk herbal so I cut it back to 350ml, left in the fridge cold brewing for a few hours.

I thought this would be fruitier/tangier, but there was so little hibi in my packet that my tea barely colored the lightest of pink, and I wondered if I should add some from my plain hibi leaf stash. The flavor tasted very sweet coconut to me (is there coconut flavoring? There isn’t any in the ingredients, huh…) Also a mild, sweet apple. Perhaps a subtle pineapple note, but without any tanginess it isn’t really coming forward for me.

I think my sampler was a bit weak and not a good mix of ingredients, which may be why I’m really only getting a coconut note and nothing else. It was still a refreshing cold sip.

Tastes just like a fruit punch, heavy on the tart cranberry flavour, when iced.

Went for a cold brew of this one today. Took 0.75 tsp of this tea in my 12 oz cup and let it brew in the fridge for 2 hours. The dry tea was mostly small chunks of various fruits (apple, pineapple, and papaya being the main three) with a bit of hibiscus thrown in for colour and tang I’m guessing.

First thing I noticed with this tea is that it didn’t come out the pretty pink like in the picture. That’s probably my fault though, because in my smaller scoops, I didn’t end up with much hibiscus in the basket. The tea ended up a pale yellow colour – almost apple juice colour, but slightly lighter.

The taste too is faintly of apple, but you can also taste some other sweet fruits coming through, though I’m unable to differentiate them individually by taste. I also enjoy that it’s not the acidic apple taste that I was getting from the Just Peachy flavour of DavidsTea, but a nice sweet, mild apple taste.

I feel as a cold brew, I should probably up my volume on this one because it did end up quite weak with my normal 0.75 tsp. It’s not bad at all, but more reminds me of those flavoured bottled waters you get at the store. Next time I try this one cold I’ll up my measurement to 1 tsp and see how that goes.

Cup count from my 27g pitcher pack: 1 (Plenty left to try in the future)

Tropical, pineapple-y flavour. Not too sweet.

Like many fruity iced teas, this one requires a heavy hand to make a good, flavourful pitcher. I used two pitcher packs for one jug of tea – 62g total – and it was enjoyable but I like other flavours more, and particularly those where 25g makes a decent pitcher. Can’t recall the flavour right now, but this tea falls into the category of tasting sweet but not artificially so – because it uses candied fruit but no stevia. Prefer unsweetened but this is pleasant enough.

This may have been the last I have of this tea… but I won’t know until I inventory my collection, which may or may not ever happen. Not a sad sendoff if it is the end.

Dropped rating from 81 to 74 – it’s just not worth the price (unless you get it on some insane sale!)