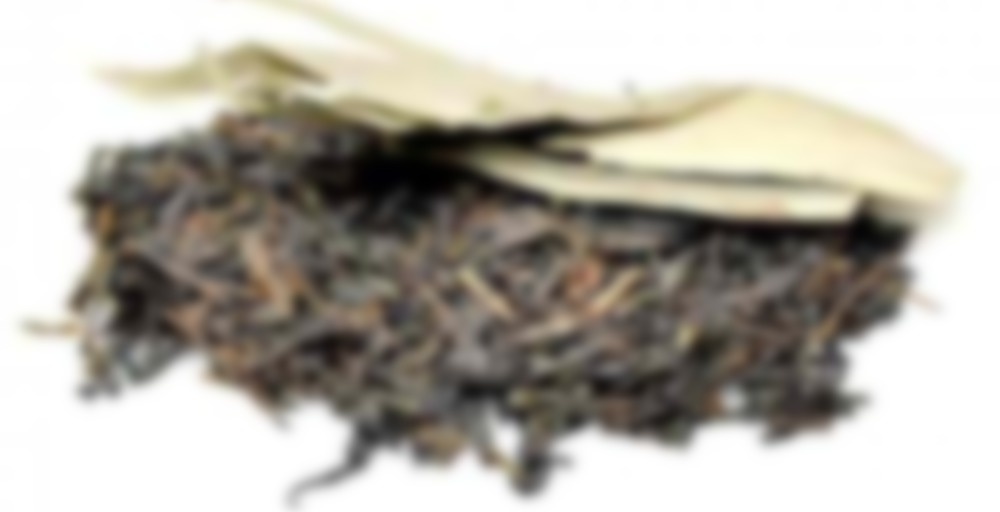 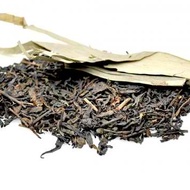 I am still putting together a review of this for the blog. Here is the meat of it -

The first thoughts I had were mellow and rich. Those two descriptions don’t seem to go together but you have to trust me on this one. When it is hot it has a pleasant earthiness to it and only hints at leather. There is a slight tingle on the sides of the tongue but this is not bitter and does not seem the least astringent. It seems to coat the entire mouth with a sense of slickness – not in an oily way. I am also getting a feeling of grit (slick and grit – two more descriptions that shouldn’t go together). I hate to use the term because there is nothing gritty in the tea. This is a sensation not an actual thing. As it cools the earthiness and grit subsides and the leather picks up. I also notice a cooling like menthol or mint would give, without the actual flavor. The bamboo leaf adds a bright wood flavor. This is a winner.

I love your descriptions :)

This has a slight wormy aroma like some pu-erh’s I’ve tried, thankfully, it’s on the mellower side. It has a velvety yet woodsy flavor. There is a quick sweetness in the middle of the sip that jumps in and out really quick as if it were playing “double dutch” with the woodsy flavor. There is a ‘greenness’ to this that I really like. It’s naked, it’s real, it’s original! This is pretty good!

teehee yeah…pu-erh is sometimes Worm-like…like smells like worms after a rain LOL at least some of them that I have tried have been :)

Liu An is a special kind of tea. You can completely hate it, not have an opinion or just love it. I’m in between the last two. I can respected but not like it sometimes. Other times I actually like it.

Admittedly, the first time I tried it I thought: “Hmmmm no wonder they used it as medicine”.

So this is a backlog from ages and ages ago… I just never got around to logging my notes and the new tea samples kept rolling in soooo yeahhhh. I suppose it’s best to catch up with the old ESGREEN samples before I get around to the new ones. :) Thankfully this was a memorable tea and I wrote extensive notes on it!

Anywho, this was a pretty tasty tea. In line with the name, this tea is quite “dark,” indeed. The wet leaves are pungent, smelling of age, old books, damp moss, and rich fruits. They’re pretty mulch-like, kind of like coffee grounds. The liquor’s aroma is much like the wet leaves’ but with added buttery notes and an apple-like finish. The addition of the bamboo makes it pretty interesting. It’s like some hybrid of a shu pu’er and a medium oxidized oolong.

As far as flavor goes, this tea is well-balanced. And I’m surprised I find myself saying this, because I would think mixing aspects of green flavor spectrum and the darker aspects of the earthy and spicy flavor spectra would not mesh well. Yet, the greener qualities remained subtle enough as undertones to mold the overall flavor, without causing conflict. Overall, this tea is very sweet and rich. Earthy, peaty flavors are very strong and remain that way, more or less, throughout the eight steeps I took this tea to.

For the first half, a strong peppery taste greeted me during the first steep, and then gradually faded with each steep until it became hardly noticeable. Subtle tones of grass and vegetal qualities remained present until the fifth steep where they just seemed to have dropped off. Woody notes became apparent into the second steep in addition to smoky aromatics that snuggled in between the greens and the woods.

The fifth steep really changed it up. There was this mixture of pepper, cornmeal (I wrote “like a tortilla”) and a new, but very slight beefy flavor that churned out a pleasant steep with a sparkling texture. After this, things circled back to the beginning with sweet earthiness most pronounced, buttery pepper flavors underneath, and barky, smoky flavors bringing in the rear. A tingly spiciness was felt on the tongue.

In regards to mouthfeel, I really enjoyed this tea. For most steeps, the texture was milky smooth, but every other steep introduced a slightly different textural element. First it was an evolving bitterness, which transformed into a subtle huigan, then a cooling sensation, then the sparkling, and finally spiciness. Considering the $19/450g price, it’s a pretty great deal. I would definitely stock up if it weren’t for the horrendous shipping prices… Still, very happy I was able to taste it!

Oh wow – on the shopping list this goes! I have never had their teas either so it will be an adventure when I get a chance to try them out! Thanks for your wonderful review!

I’d love to sit and sample puerh, or in this case dark tea, with you and learn how to experience all the wonderful descriptive flavors you find in them. I love these types of tea but they tend to all taste either sheng or shu without being able to find the nuances. I can tell you if I like it or not but often can’t tell how one is that much different from another. Your reviews amaze me. Keep it up!

Haha, glad I could help! It was one of the most intriguing teas I’ve tried. Or heard of, considering “dark tea” seems to be its own category. Most of the references I consulted considered pu’er to be a category within dark tea. Originally I had thought it was the other way around.

And thanks so much to both of you for the high compliments!

I’d much enjoy to sip pu’er with you, KS! I like your tasting style and it gives me a different perspective. I enjoy seeing your posts about the overall flavor to help ground me when I get too caught up with the nitty gritty. But, I just love trying to pick out little things here and there and notice when they are absent or present in other, similar teas. When I first started with pu’er (and I claim to be no expert on the class of tea) I had no idea what I was supposed to be looking for. They tasted too foreign and too similar to each other. Eventually I was able to try others with certain flavor profiles so I could learn to look for them. I still feel that I have a huge amount to learn, though.

Yeah, but more to learn is what keeps us coming back. I can’t wait for your reviews of the latest batch from Esgreen. I’ll read them and then retry them myself to look for the nuances. No pressure, eh?

Nice notes. I’ve had two Liu-An here for a while. I need to properly log them. They are such weird variations of tea that it bugs my taste buds while tasting. I agree it tastes partially like shou + oolong and would add that is has some sheng bitterness and sometimes astringency. I got some herbaceous notes that made me think ‘no wonder this was used as medicine only at one point!’.

And about ‘dark tea’ or “Heicha” should be be the ‘type’ of tea and different processes like shou/sheng be under it. But in reality Puerh is the ‘evolution’ from Hei cha. Hei cha in my opinion has a much MUCH wider spectrum of processes and even results in tastes. You could easily classify a Sheng or Shou by blind tasting but Hei cha (depending region and process) would surprise you. Dividing ‘Puerh’ as a separate category makes it ‘easier’. Or better yet, Shou Puerh and Sheng Puerh are well defined categories but Heicha is not as well defined.

That’s a good way of looking at it. I agree that puerh cha has certainly become its own animal now, especially considering it’s relative popularity.