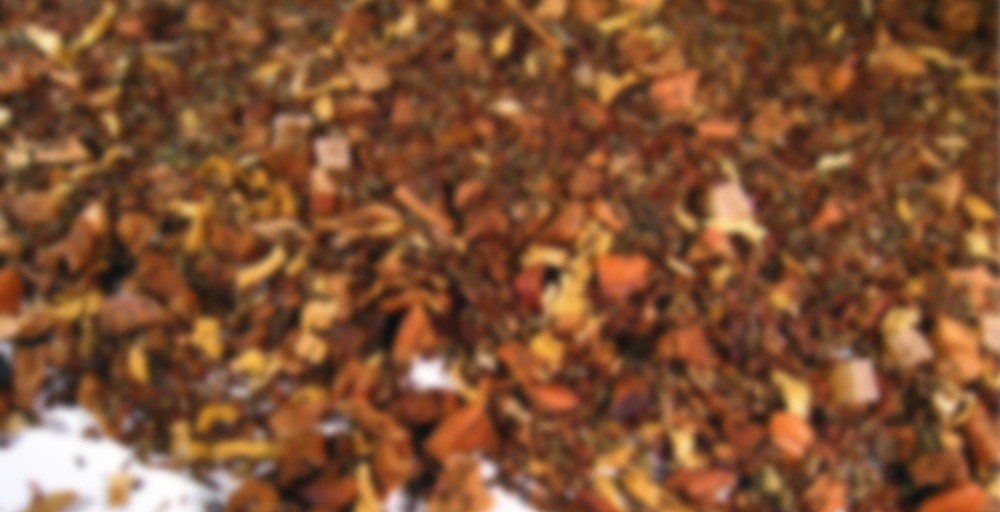 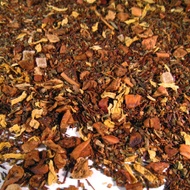 by Fusion Teas
81
You

The slightly sweet subtle mint flavor of the tulsi herb pairs wonderfully with the addition of apple and pear. Tulsi has an anti stress calming effect that is naturally caffeine free so it’s perfect anytime of the day. This herbal tea is especially refreshing over ice.

I really liked this blend and I’m finishing off the rest of my sample today. I think it could have used a bit more tulsi, of course I could always add some in. I wish more tea companies would offer free shipping promotions sometimes. I know Fusion Teas shipping cost is $5.95 for me and the costs of shipping do add up over time…. of course I know that it is expensive for the company.

Anyhoo, this is a nice blend to check out!

Free shipping really does make a difference. I don’t think anything of ordering a tea or two with free shipping, but when shipping reaches $6, I usually wait or not order at all.

Me too. Once shipping goes over $5 I am much less likely to order anything; every time Harney and Sons does one of their free shipping with $25 sales I always buy stuff!

I’m definitely more inclined to impulse buy if there’s a free shipping promotion. But I usually care more about the value of the tea than the value of the shipping. If 2 oz. of tea costs $10 and there’s free shipping, and 2 oz. of a similar tea costs $4 and shipping is $6, I’m more likely to buy the cheaper tea. Promotions end, but the cost of the tea hardly ever goes down. I don’t like to fall in love with expensive teas I can’t afford to keep around. :(

This is my first time having tulsi, so I looked it up on Wikipedia and was pleased by this sentence: Recent studies suggest tulsi may be a COX-2 inhibitor, like many modern painkillers, due to its high concentration of eugenol.

A painkiller is just what I need right now after trying to find out how I could get in-state tuition despite living in Georgia for nearly 3 years now. You’re supposed to make a “self-sufficient” amount of money in order to get non-ridiculous tuition rates. Not sure how you might do that with no college degree, so congratulations on your continued failures, Georgia.

So, lots of pain.

In the bag, this tea smelled like apple pie. Steeped, it smells like lollipops that have been sitting around some cloves.

I actually really like it a lot. The herbal taste of the tulsi is a nice aftertaste from the sweet, fruity flavor. I can taste both the apple and the pear, but it is still somewhat reminiscent of apple cider. Not a bad thing, though.

It kind of reminds me of rooibos, but not too much. It’s more like minty/spicy than woody tasting.

I love tulsi. So relaxing. I think I am going to brew some right now….

I get clove from the tulsi I tried the other night. Me likes! (was vanilla tulsi)

Tulsi is holy basil!! So I learned from my office-mate, whose research project is all about it.

I vote for kicking your Georgia’s staff in charge of funding college students. Just walk right up to them and kick them in the knee. It will make you feel better at least. ;)

I have a super sore throat today, so I figured I’d try something soothing sounding. The samples that Thomas from Fusion Teas generously sent along arrived today :) So, I brewed up a pot of the Apple Pear Tulsi. The leaves smell like a warm spiced apple pie, not too spicy – I’m really sensitive to cinnamon and this definitely isn’t too powerful in the mix.
Brewed, this smells wonderful – like I’ve just come into a dark wood lined hallway from the rain. It smells wet or damp, but in a nice spicy way, like an autumn night storm, and unused mysterious rooms.
Apple! A really nice apple flavor, not fake tasting at all. Nice and fall-like with earthy undertones. There is a slight slight hint of a minty flavor. The rooibos flavor is seriously backgrounded, which I actually like – it supports the other flavors rather than competing with them. Apple is the most prominent flavor, and the other kind of dance around it. Nice and relaxing tea.
ETA: I added some honey to this to help my throat and I actually like how it changed the flavors (not usually a honey in beverages fan). It brought the fruit flavors more to the front and made the pear flavor (which is a phantom flavor created by the apple and pineapple, there is no actual pear listed) come out much clearer.

I got my samples from Fusion Tea Room today (very large samples by the way), and I decided to try this one first. The dominant flavors for me are definitely the apple and cinnamon, and there is a little bit of a pseudo-minty flavor in the background. If I really focus on it, I can taste a little bit of the pear flavor as well. Overall, I thought this was very good. It reminded me a lot of hot apple cider with a little less sweetness. I enjoyed this.

This evening, this tastes so much better than it did the last time I tried it. I must not have used enough leaf. Tonight, I’m finding this to be rather delicious.

Hint of mint taste from the Tulsi, sweet, nectar-like taste from the apple and pear. I can also taste a bit of cinnamon in this, in fact, that was the first flavor I noticed. As I continue to sip, I can taste hints of pineapple as well.

Yes, yes, this is much better than last time!

I had a cup of this Monday and forgot to log. Had another one this morning! It’s really special! The apple and pear are both noticeable but blend well together at the same time. This is a wonderful flavor combo for tulsi! LOVE that about it! The color is a little murky brown but the aroma and taste are really yummy! I would drink this one fairly often!

Thanks again to Fusion Tea Room for this sample. This is the first Tulsi I have tried, so I am not sure what to look for there, but I ended up with a sweet liquor, fairly applish with a hint of cinnamon which actually worked nicely to give the impression of baked apples and/or pears. As with the Mango Mate from Fusion Tea Room, this brewed a very sweet pot of tea and would make a wonerful dessert treat. I believe it will make a very strong second steep which I might try later on, unless I want to move on to something else. I picked up quite a bit on the pineapple pieces in the tea, and I believe they are what leant the brew such a sweet fruit taste.

I got more apple in this tea than pear, but it was almost like a candied or sugared apple. If anyone else would take apples, cut them up and mix them in cinnamon sugar as a child, it’s almost like that. I don’t know who created that snack, by the way. Here, take this sweet fruit then add sugar! Brilliant! : )

I’m surprised I had not reviewed this earlier. Probably because Tulsi was very new to me and I kept drinking it. It’s really nice and flavorful. great combinations of flavors. Slightly earthy. Great on it’s own and also nice with a little sugar. I indirectly had it “iced” when it cooled down by itself. Nice. Probably great in the Summer.
I hope Tulsi does everything that it claims to do ;)

This is the first tulsi tea I’ve ever tasted, and it’s a delight! I’m not sure which flavors are coming from the tulsi itself or the added fruits and flavorings, but it’s a mystery I’m content to leave unsolved for now because the end result is so good. It’s a very green-tasting tea, very bright and light and fresh in my mouth and all that – it reminds me of the flavor of green yerba mate. I’m not really getting apple or pear (maybe a bit of pear), but it’s good enough overall that I feel okay about that.

Glad I decided to try this!