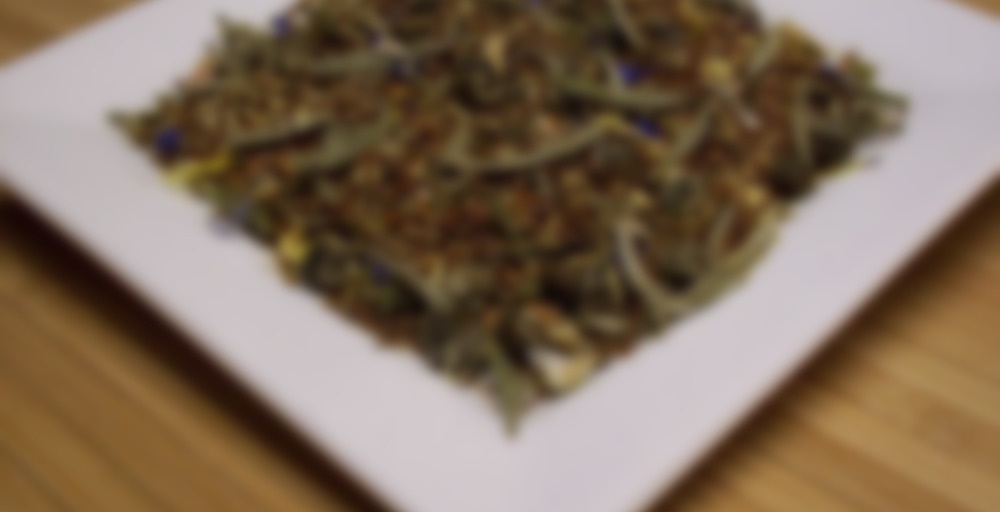 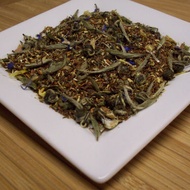 by Georgia Tea Company
81
You

Our signature blend, designed to boost the immune system and helps fight cancer. Boosts interferon production to help the body fight off infection while going through chemotherapy. Contains high concentrations of Epigallocatechin gallate (EGCG). Made with only the best white, green and rooibos teas.
EGCG and Cancer

There is increasing evidence to show that EGCG, along with other flavonoids, can be beneficial in treating brain, prostate, cervical and bladder cancers. EGCG has been shown to bind and inhibit the anti-apoptotic protein Bcl-xl which has been implicated in cancer cell survival.
Cancer-Preventive Potential Of White Tea

Known mostly to tea connoisseurs, white tea may have the strongest potential of all teas for fighting cancer, according to Oregon State University researchers. They will present their research today — the first on white tea — at the 219th national meeting of the American Chemical Society, the world’s largest scientific society.

Among the rarest and most expensive varieties of tea, white tea is produced almost exclusively in China. It belongs to the same species (Camellia sinensis) as other tea plants, but has a higher proportion of buds to leaves. The buds are covered by silvery hairs, giving the plant a whitish appearance.

Some teas are processed more than others. White tea is rapidly steamed and dried, leaving the leaves virtually “fresh.” Green tea, composed of mainly leaves, is steamed or fired prior to being rolled. Oolong and black teas get their dark color and flavor from additional processing.

The researchers theorize that processing may play a part in tea’s cancer-fighting potential. The key is a class of chemicals called polyphenols.

“Many of the more potent tea polyphenols (‘catechins’) become oxidized or destroyed as green tea is further processed into oolong and black teas,” says Roderick H. Dashwood, Ph.D., a biochemist in the university’s Linus Pauling Institute and principal investigator of the study. “Our theory was that white tea might have equivalent or higher levels of these polyphenols than green tea, and thus be more beneficial.”

Chemical analysis confirmed their theory. White tea contains the same types of polyphenols as green tea, but in different proportions. Those present in greater amounts may be responsible for white tea’s enhanced cancer-fighting potential, says Dashwood.

Encouraged by reports of cancer-fighting chemicals in green tea, the researchers decided to test white tea to determine whether it has similar qualities. They brewed four varieties of white tea and subjected each to a laboratory test using bacteria. The test, called the Salmonella assay, determines whether a chemical can cause or prevent DNA mutations, the earliest steps leading to cancer.

The researchers, now performing experiments in rats, report that their latest data indicate that white tea may protect against colon cancer in particular. They attribute this to elevated levels of particular liver enzymes.

“White tea, and tea in general, is a healthy alternative to other popular drinks, such as sodas,” says Dashwood. “But to be on the safe side, one should maintain a healthy lifestyle that includes a diet rich in fruits and vegetables, regular exercise, and avoidance of smoking.”

Dr. Dashwood is Associate Professor in the Department of Environmental and Molecular Toxicology at Oregon State University. He also is Principal Investigator with the university’s Linus Pauling Institute.

Dr. Santana-Rios is a post-doctoral Research Associate with the Linus Pauling Institute.

This tea is just rockin’ my world tonight. I got home from the aforementioned craptacular day at work and decided to finish this sample off since it looked like it mainly had the rooibosses (rooibossi?) left in the mix. Which also worried me since I’m not the biggest rooibos fan. But less caffeine was the focus this evening.

Holy mackrel is this good! It’s like all the flower power was hiding amongst those chippies. It’s tasting divine and I’m just sort of sinking down into my chair. I’m almost tempted to bump up the rating, but I’ll hold off for now. I believe that I may have to purchase more of this once I finally go off of my lockdown and get through most/all the GTC samples that I recently received. TG

I hope that you feel better asap!

Daniel sent this my way for review. Georgia Tea also has a Lavender one, which I plan on reviewing tomorrow. What DOESN’T this tea have in it!? It’s a Green Tea/White Tea/Rooibos Blend. I know why Daniel put these together – because of all of the health benefits and healing properties – also immune system boosting potential!!! I can’t say as I have ever seen a blend like this before. It’s truly unique. I can smell the different tea characteristics as well as the orange and peach flavors. A little more orange than peach but I still can pick out both. Without those two flavors I am not sure if the tea would smell very good or not…I’m thankful for the flavoring.

It does look like a Rooibos type tea/tisane liquid once infused. It’s hard to taste the white tea because, lets face it, when white tea is blended with other types of tea it’s hard to pick out, but I know it serves it’s very important purpose! I can taste the green tea taste towards the beginning of my sip and it’s a nice taste…then comes the peach and orange which work really well together. It ends with the Rooibos taste which gives it that natural sweetness that the rooibos is known for. Overall the taste is sweet. The fruit tastes are highlights and certainly a nice addition. There is so much going on with this blend I was almost afraid how it would work, but, you know, it does. It seems to work just fine and dandy and I like it – especially in the afternoon!

I’m very excited over this tea!

Thanks for the review, great as always. Your definitely right, the idea was to completely overshadow the white tea with a more flavorful tea so that it would be drinkable by the masses. This was developed for a friend of ours who had breast cancer and she needed something to boost her immune system while undergoing chemotherapy. After drinking the tea everyday for a few months, her oncologist asked her what she had been doing different because he ran some blood work and noticed her interferon levels were higher than a normal person who hadn’t gone through chemo, she said she had been drinking this tea and he started doing some research on it, taking her off the tea and putting her back on it until he had proved it to himself that it was the tea boosting her immune system. Til this day he recommends this tea to all his chemo patients. I get phone calls all the time from people saying their oncologist recommended Cancer Fighting Tea or Silver Needle for boosting interferon production. 1% of the dry weight of white tea is L-Theanine, which is higher than any other herb. L-theanine is a amino acid derivative, which primes the gamma delta T cells in the body to produce more interferon. Interferon is a glyco-protein which is the bodies first line of defense against bacteria. A study, published in 2003 by the Brigham and Women’s Hospital, included a four-week trial with 11 coffee drinkers and 10 tea drinkers, who consumed 600 milliliters of coffee or black tea daily. Blood sample analysis found that the production of interferon proteins was up to five times higher in the tea-drinkers, an indicator of a stronger immune response.

The worst part about chemotherapy is that it kills white blood cells and lowers the immune system. This causes patients to become very susceptible to infection. Drinking the tea will boost their immune system back up to normal and prevent infections. Not to mention that the EGCG with in the white tea is very high and has been shown to kill cancerous cells on contact in vetro.

Thanks for sharing, Daniel, I am so happy this is working for your friend and many others! And it tastes good, too!!! :)

I also want to thank you for sharing — that’s absolutely wonderful!