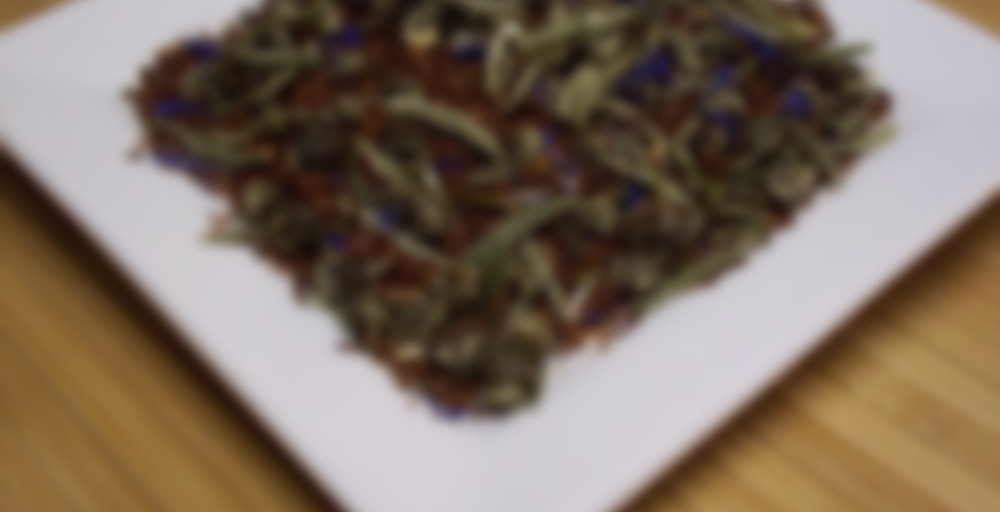 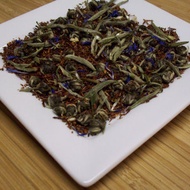 by Georgia Tea Company
82
You

Hi Steepsterites! I dropped-off Steepster yet again, but this time around I didn’t stop drinking tea too. The circumstances of my tea drinking, however, weren’t too groovy: after three rounds of strep about a month-apart each, I was hit with a very rough case of mono. I was close to going to the hospital-type mono. As my doctor kept telling me that I needed to really push liquids and that my white blood cells were outta whack (and my immune system would be not-so-good for about 6 months) — I realized that I had a great tea to help with all of that: This Tea!!!

And then I checked my tea cupboard and there was no Cancer Fighting Tea! I’d forgotten that I had been trying to sip-down the size of my cupboard and had decided not to purchase more tea until it was under control. Well, I promptly broke that self-imposed rule and bought 2 bags of this. I just wish that I would have done it sooner during my illness!

My throat was so sore that I added honey to this and it was just so soothing. I couldn’t even tell you how many cups-a-day I had of this — but I probably had a 16oz cup every hour of the day. Between trips to the kitchen and then trips to the restroom, well, I think this tea helped start building up my strength — it was the most walking (well, more like shuffling) I’d done for weeks.

When I went back to the doctor a little over a week later — my throat was better, my lymph nodes were finally shrinking more significantly, and my white blood counts were back to where they should be (the doctor was impressed). I have to admit that at night I was drinking Celestial Seasonings’ Echinacea Complete Care (I’d read that echinacea is supposed to help the lymphatic system) so maybe that combo was what really worked.

One other note: I had a small problem with my order and I contacted the company (Daniel) via the website and almost immediately received a very thoughtful and considerate response. I cannot fully express what wonderful customer service The Georgia Tea Company provides. I’ve placed a subsequent order and it was perfect (and a bit generous on their part). I will be happily placing another order in the next month or so (since I’m drinking this tea like it’s going outta style).

Oh Rabs! Mono! I’m glad that you are on the mend, and I hope you get stronger each day. xoxo

So glad your back Rabs, and getting better! :D

Thank y’all so very much! This has been an utterly…painful and frustrating illness just because it hit so hard and it’s going to take a long time to recover. Unfortunately I won’t be drinking a whole lot of variety tea-wise, but by golly I’m going to try and get on here more often. Y’all will just get tired of seeing notes on this particular tea — I’ll try and keep it exciting :)

Rabs, so happy to see you on here again. =) And v glad you’re starting to feel better.

Thanks chrine! I’m trying to keep up on steepster, but I get so easily distracted (especially by shiny objects and puppies) ;)

I recently tried the original Cancer Fighting Tea from Georgia Tea Company and was VERY Pleased with the taste and everything that went IN to that tea. Now…I am going to try the Lavender version.

I’m smelling more of a berry rooibos type smell and not so much Lavender but I am totally ok with that!!

It’s on the verge of a dark brown…almost.

What I like about BOTH of the Cancer Fighting Tea is they don’t TASTE Medicinally-so. This is really tasty! The natural sweetness of the Rooibos…the berry, specifically, BLUE…LOVE it! There is a HINT of floral. If floral teas scare you – give this a try! It’s very mellow on the floral side…but you still get the herbal benefits.

I like this! Fruity and sweet – almost dessert like. Actually – I can picture myself eating blueberry cheesecake or danishes in a beautiful garden setting with a cup of nice tea on a lovely spring day! Ahhhh…

I had the original Cancer Fighting tea today which I found more tiptoeing near mediciney. I think between the two I really love the lavender because of the fruit/floweriness. Oy — I need to write my “original” review (and here’s not the place) ;)

I agree – it seems I like this one a bit more than the original as well. But I must say BOTH of them surprised me…I was thinking they would be completely mediciney-esque but they had some additional and good flavors going!!!

I was definitely surprised as well and in a good way too! I really feel bad with how I experienced the original (lots of zany hijinks that affected my tea experience) — but I truly look forward to trying it again in a more zen-like controlled situation. :)

This tea has a lot going on. It’s a white tea, a green tea, a rooibos and an herbal. But these all work very well together. It’s tasty.

The lavender is a lingering presence in every sip but it isn’t so strong that it ends up tasting soapy and I really like the way the lavender and the blueberry play together. It’s a nice flavor combination.

A nicely crafted blend. Sweet and nutty from the rooibos, a fresh and pleasing brothy texture from the teas, beautiful notes of lavender and sweet-tart notes of blueberry. The currant is especially noticeable at the tail and brings a little more tartness for contrast.