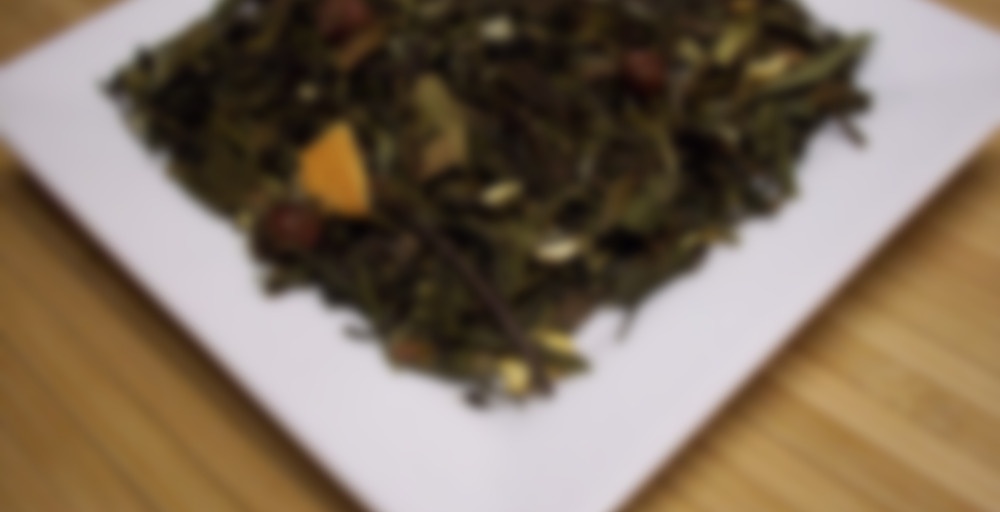 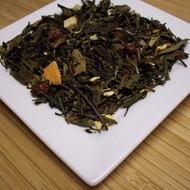 by Georgia Tea Company
76
You

Sipdown no. 62 for the year 2014. The BF thinks I need to start drinking up tins that take up space rather than little sample packets. But I’m on such a roll sipping down the samples! He’s right though. I am going to adopt a strategy of making my commuting to work tea something from a tin I have a fair amount of and like but don’t love.

I was considering whether this deserves a ratings bump. It’s quite tasty. I think I’m going to stick with where it is, though and here’s why: it has so much going on it’s a little too busy to enable me to really appreciate all of what went into it. It’s definitely an ensemble cast of a tea, and there’s nothing wrong with that in a blend—in fact, one might argue that that’s the way a blend should be with no one flavor taking front and center. But as a matter of personal preference I tend to prefer teas that have stars and supporting roles that I can identify. My impression tonight is: tasty fruit (undifferentiated) tea (undifferentiated).

I’ve been cold brewing this for well over 24 hours. I used up the last of the sample Daniel Mann sent me and used a scoop from the sample that Jessica sent me: woohoo!

It’s quite pleasant iced. I usually don’t remark on the color of the liquid tea — I generally appreciate it, but I have a limited color vocabulary (my reviews would contain a lot of “brownish” and “light brownish” descriptors if I tried). That said I have to remark that this looks like lemonade. I can’t recall a more yellow cup. It still comes across as a fruit-tea cocktail. Maybe more on the tea side. I’m having trouble even sort of describing this (sorry!). There’s a teeny-tiny bit of plant-like bitterness. I’m thinking that this is another tea that would benefit by being a hot brewed iced tea. NE

Divine Temple from Georgia Tea Company tastes like a fine wine. This tea is scrumptious and truly divine. I love the mixture of white tea and sencha which I can detect from all the other various teas within this really cool blend. Oh and yes as the description states, you want to drink this in before taking your first sip. The aroma is just to die for. This is the kind of blend that I could see myself being buried with, surrounding me, tucking me into my hand built casket. Sorry the review was turning a little dark there, but in all seriousness, whoever created this blend really hit the nail on the head here. They must surely be very proud of themselves, then again, this is a really hard tea to top.

You know, Georgia Tea Company is quickly becoming one of my favorite tea vendors, they ship quickly, they have good email follow up to let you know when your order is received, and shipped, and they offer some really intensely good tea blends. Their prices are more than fair, and their shipping is not bad at all at just 4.50 per order or free shipping for orders over 50.00 USD.
Yours I Like This
14 likes
1 comments
Edit

I’m smelling the while CANDY Connection here and I must say I like it! Now…let’s see if I like the taste of the tea!

It’s candied=sugary/sweet and I can taste many of the tropical type fruit in there! YUM. I can also taste the citrus notes and the berry-like or currant flavors. This is pretty good!

A lovely flavored white tea! I would certainly drink again and so happy I WON in the trivia contest! WOOT!!!

Sounds like it would be good as an iced tea? I love even the thought of a cistrus-y iced tea in this 100 degree weather!

This smells divine, probably how it got the name, it is lighter and more subtle than I love but I am really enjoying this cup, I drank it all before I remembered I needed to review. Perhaps a longer steep and a tiny bit of sugar would be the boost it needs?

I won these teas in a contest that was run by Dan on Steepster that was great fun, and got me tea prizes! Dan will be running the contest monthly, so keep an eye out!

This is the first tea I have tried from the Georgia Tea Company and I must say it is VERY aromatic; I can smell the sweet fruits with no doubt! This is a naturally sweet tea without adding any sugar. The cherry and strawberry along with the mango and papaya stand out the most to me along with slight floral notes that linger in the background. I had half of this cup hot, which was good and then let it cool down to room temp. and tried it again and it’s even better and would probably be awesome as an iced tea!

OH YAY!!!! You joined the Georgia Tea Company Cult…lol…
:)
I have YET to try this one…but…I THINK Daniel was going to send it to me!

I think I have some samples from my samples (mini samples) that I am sending you!

Well, I have to say that this one is not my favorite. I don’t drink almost any green tea ever because it gives me migraines (wanted to at least give this a tasting though since Daniel at Georgia Tea Co sent me a sample of it) and I don’t really like mango and papaya all that much… so it might actually be impossible for me to like it.

The smell before brewing was overwhelming in the fruitiness. Once brewed, the fruitiness is still pretty strong but not overwhelming. The Mango takes center stage here. I can taste the green tea in this, but it’s almost lost. Not my cup of tea, but someone who really likes mango & tropical fruit will surely love it.

That’s truly amazing that you tried this even with the threat of a migrane. I think that I would’ve wimped out.

I only had a few sips. I definitely wouldn’t drink the whole cup. I wanted to see what it tasted like. :)

I am not a fan of Lipton Teas (even less so after a recent post in our forums revealed that up until this year they engaged in animal testing… I mean, why test tea on animals? What’s the point of that? I mean, I can almost understand the testing of cosmetics – although I don’t condone it – but tea? But… I digress) Anyways… as I said, I’m not a fan of Lipton Tea, but one particular blend that I do happen to like of theirs is the jasmine orange passion fruit blend, and up until I learned of the animal testing this is the tea I would order when my husband and I would dine out at Sheri’s.

You’re probably wondering why I would bring that up… well, here’s why… this tea is almost that tea… only better. Not just because it’s not Lipton’s (although that certainly has a lot to do with it). This one is better because it has a lot more fruits going on, and a lot more teas… too. It’s one jumbled mess, but it is a delicious jumbled mess. The only flavor profile I’m missing with this blend is the passion fruit… but, it’s really so tasty that I don’t miss it that much.

YUM! Thanks to TeaEqualsBliss for sending me some of this!

This tea was meant to be an iced tea. Something about its subtle fruitiness really goes well with cooler temperatures. Alas, nothing excites me about it hot per se. I love the combination of fruits that this contains, but I just don’t find myself reaching for it. I think it’s that the taste doesn’t seem particularly unique to me- but please don’t get me wrong- it is so refreshing as an iced tea, and in the summer I’d order this every time I went to a tea shop.