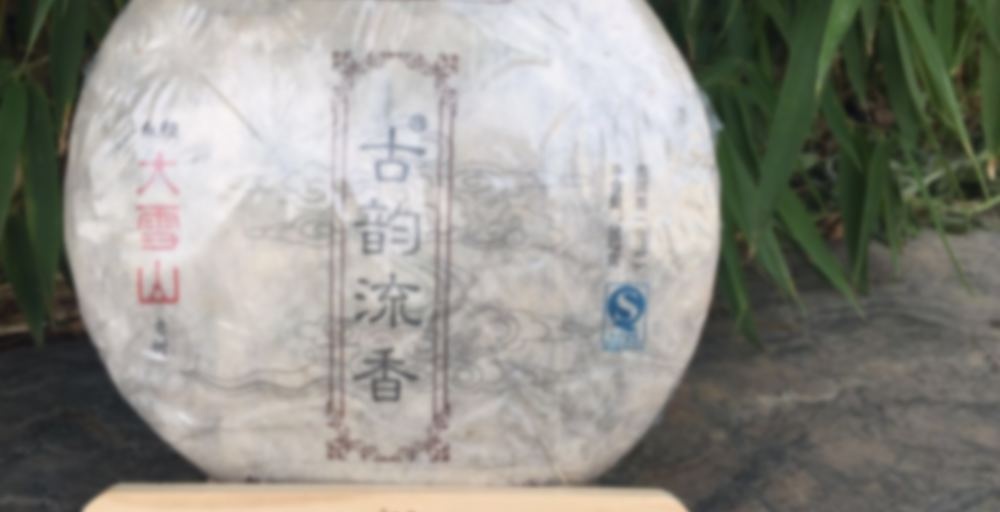 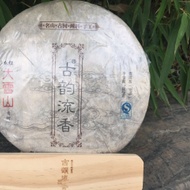 Overall, I liked how complex it was, with some nice fruity sourness (turns a metallic kind of sour when overbrewed) and nicely contrasting bitter flavors, but I wasn’t a fan of the predominant cigarette smoke flavor that lingers throughout. It had good returning flavor (even sweetness towards the end) and savory tobacco body that coats the throat and tongue throughout its decent lifespan. The smoke flavors do die down somewhat eventually in the later steeps as well, but it never fades to the background.

I felt a little tremulous after, but not much tea drunk, probably just a decent amount of caffeine whoosh. Had a fun tingle on the tongue a minute or two after drinking that was very refreshing and slightly numbing. I think I would have liked this a lot if not for the cigarette taste.

This was another sample from glyxtea. Used 8g in a 130ml gaiwan. Did a quick rinse and then lets the leaves sit for 10 minutes. First steep was a flash steep, gradually increasing steeping time thereafter. The tea tastes younger than I would have expected, which reflects the storage it has been through, very clean.

Hints of smoke, grass and wood. Not as sweet as the bangdong. I feel like this sheng might be at that phase now where its not young enough for the floral notes to really stand out, and not old enough to have developed more complexity. Would be interesting to see how this is in a few more years. 10 steeps in total and I probably could have gotten more out of it with longer steeping times. A good tea, but personally I prefer the bangdong.

Finally able to get a note up on this one.
I was provided a sample to try from the tea shop.
I used all 8 grams in the shibo. I preheated the shibo and tossed the leaf in and let some of the steam carry the aroma out. It was some flower perfume and some wisps of smoke as well. I gave the tea a quick rinse and noticed the tea is aromatic when I opened the lid. A bit different than the dry leaf tossed around the warm brewing vessel.
First brew very quick. Some color in the cup, a mix of some vegetal , grassy and a touch more of the smoke without being overpowering. Second steep, still the wisps of the smoke maybe a touch bitter and some wood in there as well. Third steep a bit longer and a little tingle on the tongue and some sweet mixing in with the wood. Smoke is dropping out faster now.
Steeps 3 to 5 were very similar to the second steep. Leaves are starting to unfurl slowly in the pot. I ended up with 10 good brews to this. The later steeps were the next day and the leaf kept giving a decent brew. Maybe not as much on the sweet as the Bangdong but an interesting one to sip on.

Thanks to Glyxtea for this sample.

I started with using about 6 grams of leaf in an 80ml yixing. Giving it a quick rinse to wake up the leaves. They leaves were very clean there was no dust and the compression wasnt tight, the sample came broken up. So I decided once rinse was enough. Leaving it to open up for about a minute.

I started on the first infusion, I got a smooth smokey aroma and a clear just slightly darker than yellow liquor. This tea has a bit of age on it, but its still pretty young, I was surprised the smokey aroma was that prominent and that smooth. Giving it a taste, there was a nice vegetal, peach, smokey, grassy aroma. There was also some wood taste to it as well.

Second steep was much the same, though I got a bit of tingle on my tongue with this infusion, I usually get this with tea with a bit more age. Though it still had some of that young bitterness. But its that bitterness of young sheng, so it really wasnt surprising at all.

Third steep I was starting to get more sweetness as the bitterness started to die down at this stage, letting more of the floral and peach aroma come out, the smoke was also starting to dissipate as well. The wood flavor was still pretty strong at this stage.

Fourth steep and now im feeling a tiny bit of a buzz, drinking this one out 10-12 steeps is going to be a fun experience.. Aroma and flavor was pretty consistent at this stage with the last one, though the sweetness is coming out more at this point. Im still pretty much flash steeping it with just sitting for 5 seconds and then letting the pot pour time of about 6 seconds take care of the rest of the brewing.

Im going to brew this out a bunch more steeps, I like this tea alot, the flavors all compliment each other and its aging nicely, im actually curious what this is going to taste like in 5 more years.