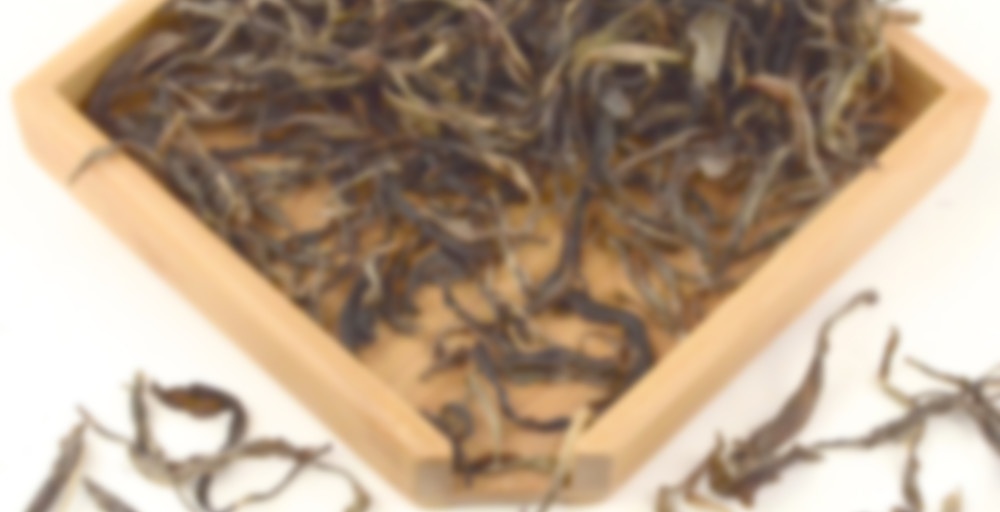 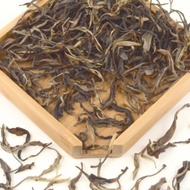 by Seven Cups
71
You

Snow Mountain green puer tea came from Yongde Country’s Daxueshan National Reserve in the far western edge Yunnan Province. This area belongs to the foothills of the Himalaya Mountains, the highest peak locally being 3504 meters. The tea grown in this area ranged from 1900 to 2750 meters in elevation.All of the tea comes from trees that are 300 to 400 years old.These trees were recently discovered when the surrounding Cizhu bamboo forest flowered and died, revealing old tea trees. The tea is still in the deep forest and has to be transported by mules, a week long trip. There are seven different ethnic minorities that live in this area. The maocha is produced on site, with a primitive setup in the forest where the tea was whithered, fixed, and then sun dried. The aroma of the tea is rich and complex because it grows in sweet flowering azalea trees and other flowering trees in the forest. The color is a bright golden color and very clear. The taste is rich, robust, with a quickly creeping sweetness. Many infusions can be made from these thick leaves, the flavor changing from infusion to infusion.

2012’s picking shows off an entire stem of one bud with one or two tender leaves. The size of the buds is indicative of the mature tree and the rich infusion they offer. Even the fragrance of these whole dry leaves is striking. Their flavor is sweet and delicate but enduring over many infusions with color like a fresh apricot peel.

Pu’er City government did research for the puer tea market, and found that there are less than 4% of green puer cakes that come from ancient tea trees (100 years or older). Tea trees are passed down generation to generation by minority families who live in villages deep in the forest. These groups have been living in the mountains for thousands of years, hiding from war and city life. These people experience very challenging living conditions, constantly fighting disease. The ancestors of these groups discovered that tea is one of the useful ingredients that can be consumed as medicine. They use it very medicinally, chewing or grinding the tea leaves to relieve bites and stings. Tea can help keep them healthy from the dangerous conditions of living in the woods. The Bulang people treat tea as their totem. If you visit their village, on the top of their roofs are wood carvings of large tea leaves, 1 bud: 2 leaves. These farmers own and look after the ancient tea trees. They don’t have the technology to ferment their tea into black puer. They will only sell loose green puer to producers, which normally is called “mao cha.” Producers and other buyers will most often compress the mao cha into cakes and sell it on the market, rather than selling it loose. Some tea farmers have the skills to compress tea into cakes in their village, but very few can do this.

Tea trees can be picked from the end of February or early March until the end of December. Tea farmers will climb the mountains and check their tea trees every day. Once they begin to grow 1 bud:1 leaf, it is time to start picking. Most tea farmers like to pick 1 bud: 2 leaves. Just like tea bushes, the main branch of the tree will grow tea buds before the small branches do. Tea pickers have to climb up the trees to pick from the very top, which can grow up to over three meters tall. In the old days, they would cut the tallest branch down and let older people and young children pick as well. Pickers come back a few days later to pick the smaller branches new growths. It usually takes about 15 days for the branches to grow more leaves. Note that since 2008, Yunnan has been experience a drought. The same leaves that would take about 15 days to regrow, now can take up to a month to replenish. The drought was originally just affecting the young tea bushes in Yunnan, but has now extended to the trees decreasing in quantity. Everywhere in Yunnan is experiencing it, and poses a big problem for the tea industry.

Tea pickers wear hats to shade themselves from the very hot temperatures. They collect fresh tea leaves in large bamboo carriers that rest on their backs. Once they are finished picking, they carry the leaves back to the factory. The leaves are piled together and left under the sunshine for a couple hours to remove some of the moisture naturally. A large, deep wok is used to fry the fresh leaves. These woks are not as hot as the ones that are used for hand making green teas. This allows enzymes to remain in the leaves. Puer tea has a lot more enzymes left than other teas, but it is unclear exactly how much more they contain. Once the leaves are fried, they are very soft and withered. A small broom made from local weeds is used to sweep the tea leaves from the wok on to a large bamboo tray. The leaves are kneaded by hand, which is the traditional way of making tea. Puer is not kneaded with a machine, instead are twisted and rolled by hand into their shape. During the kneading, a lot of moisture is released from the tea. Squeezing out the tea juice can help reduce bitterness in the processed tea. The leaves are thinly spread on to large bamboo trays and dried under the sunshine for 3-4 days, depending on the weather. The weather in Yunnan changes often, so some farmers have built sunrooms that still allow sunshine to continue drying the leaves. If the leaves are rained on, they will become moistened and create mold. Tea masters must be very attentive to supervise the process to make good tea. After the drying process, the twigs and unfolded leaves are sorted out of the tea. The whole twisted leaves are put into fabric bags and stored for buyers. Some farmers will compress cakes themselves, but not everyone has the skills and factory to do so.

Great aromatics and reasonable complexity, with nice, persistent 回甘 (sweet finish). However, there is a strange baking soda minerality and an unusual cooling sensation (think ripe brie rind) in the throat that I don’t really like. I also found a dry bean in the leaves once, so not enough care has gone into sorting the tea and keeping it separate from contamination (sadly very few teas are processed in as clean an environment as they should be).