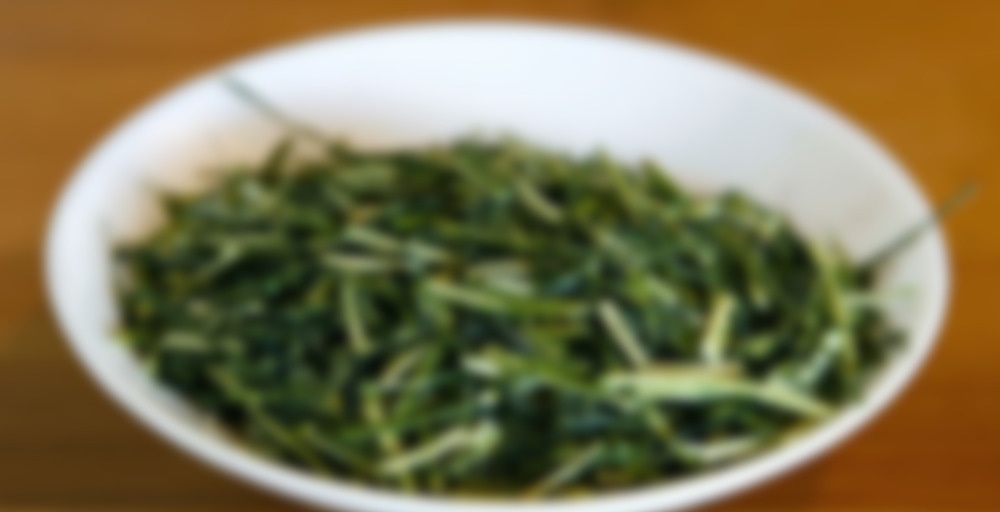 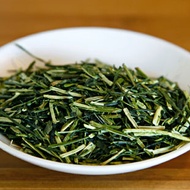 by Halcyon Tea
81
You

Kukicha Midori is an exceptionally tasty green tea made from the roasted stalks, stems and twigs of the tea bush. The dry leaf has a mildlly toasty aroma with a light, freshly green and mildly sweet infusion. A very approachable selection for those who may be new to Japanese green tea.

Work was absolutely exhausting today. Lots of running around. Lots of difficult people. Felt like the walking dead by the time it was over and caught myself several times staring at nothing in a trance for what could very well have been minutes. Drove home in a zombie-like state.

If there is anything on this planet that could shake me out of the funk caked on from this kind of a day, it would be winning the lottery. Since I didn’t even buy a ticket, however, I figured some tea would have to do. Very little snaps me awake like a cup of good tea.

Turns out I picked the right one. Kukicha has become a favorite tea of mine, and I decided to give Halcyon’s a whirl since I haven’t cracked it open since I brought it home. Tearing open the seal on the bag, I gave it a whiff and was greeted by sweet, grassy freshness that made me excited to give it a try. Too tired to go get my kyusu, I dumped a large quantity into my Breville thingy and set it.

I haven’t had kukicha for a while, and drinking this made me wonder why the hell I’ve kept it out of my life. This one tastes buttery, with a definite hint of popcorn, and a grassy sweetness throughout. There is an astringency to it, but it isn’t overpowering, and it actually works to bring the other flavors out – notably the sweeter tones in the tea. The aftertaste rings of chlorophyll, but then it mellows out a bit and becomes like…kind of like after you brush your teeth and the sharp mint flavor fades away and you’re left with that soft, sweet flavor in your mouth.

I got very small quantities of all the tea I brought back from Halcyon, mainly because I wasn’t sure how well they would travel cramped into my suitcase. This is going on the list of teas to replenish after I move, though. I’m glad I have some left, because I plan on trying this out again tomorrow – in my kyusu, and alongside Samovar’s to see how the two shoulder up to one another. I suspect it may be a draw because they are tasty in different ways, but hey, I can think of fifty-seven reasons why I want to have a couple of awesome kukichas readily available.

takgoti, I am very happy to hear you have liked your teas! I wish I had been at the shop when you were there. If you do get back to San Diego, I would love to meet you and share some tea. Take care, James

Hi James! I’ll be moving out there in January, so once I’m situated [or possibly before I am, if things get desperate] I’m planning on making a visit. I checked your site out before I drove out there and I believe my visit fell during the week of your anniversary. Congratulations, and I hope everything was splendid despite the rain! [And, for the record, your employee/shopgirl/woman-holding-down-the-fort was very pleasant indeed.]

Thanks very much, takgoti. We’re happy to hear you’re moving to San Diego! We will have to sit down for an extended tasting when you arrive. Best of luck with the move, and I look forward to meeting you.

I picked up this tea a little while ago, but haven’t gotten around to making it myself at home until this morning. I opened up the bag and got a nose-full (apparently that’s not a word, so I added a hyphen to get rid of that annoying, red, squiggly line) of that grassy aroma that is so characteristic of green teas. Brewed it as directed by the good folks over at Halcyon Tea – steeped for a minute at ~180 degrees (I REALLY need to get me a thermometer or one of those Zojirushi hot pots…) – and it was just as tasty as I recall (I’d tasted it at the shop during previous Friday Night Tastings)! The tea was light yellow/green in appearance and tasted warm, grassy, and vegetal. It had a pleasant mouthfeel; the tea was not astringent and not heavy on the palate.