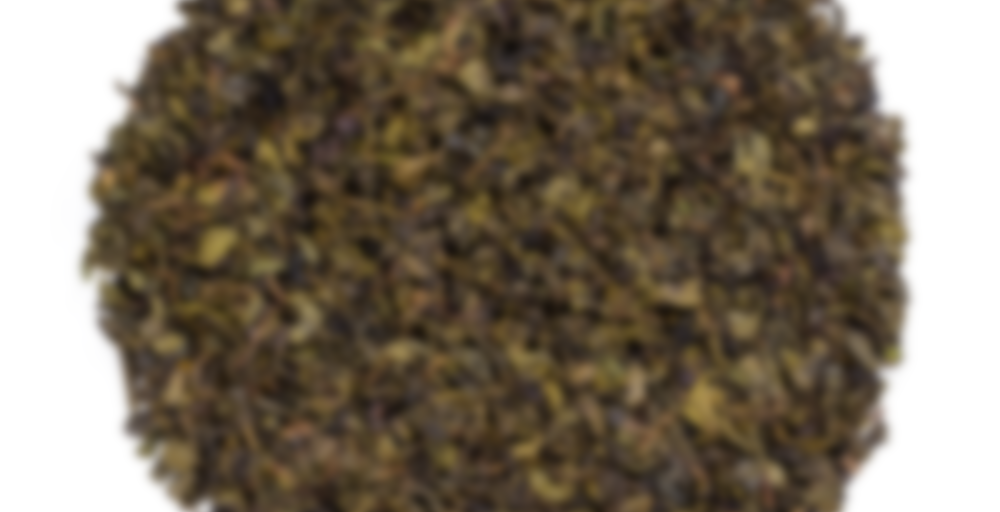 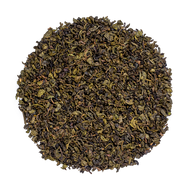 Fancy some traveling? Organic Spearmint Green Tea from Kusmi sets the scene and takes you to Morocco with every sip!

Following traditional methods, pour simmering water into the cup, raising your arm higher and higher as you do. The aromas of organic Spearmint Green Tea should already have taken you to some far-flung land – and yet you haven’t moved. If you concentrate, you can hear the rustling of palm leaves and the gurgling of water fountains while the sand dunes sparkle in the distance. Quite the adventure! The refreshing excitement of mint is accompanied by little balls of bold, powerful Gunpowder green tea.
Did you know? Organic Spearmint Green Tea from Kusmi is even more exquisite when enjoyed with a fresh, sweet date.

Enjoy your trip to Morocco, or any of its neighboring countries! And don’t forget to try the iced version for a delicious splash of cold in the middle of summer.

The vert a la menthe

Had a pot of this tea after rotation today. Tomorrow is my last day of my rotation! Woo! I had a bad day today so the spearmint really perked me up :)

What a fantastic tea mint…not astringent, not bitter with a very present flavour of mint.

The dry leaf perfume is delivering all its promises after steeping.

With a low caffeine level,this is a perfect evening tea.

I should recognize I am very mint tea…and generally very good public for…what is your favourite tea mint ?

The dry leaf smells like the green pack Extra gum. Which is kind of awesome because I love the green pack of Extra gum. The liquid has a few notes of that Extra gum sweetness but there’s a more natural, heavier note in there that kind of settles it down. Surprisingly, I’m looking forward to trying this.

The taste isn’t as sweet as the smell of the dry leaf. The heavier smell in the liquid shows up in the taste more than the sweetness does. The mint is nice – not raw or edgy – and it has a nice sweetness and a good menthol whoosh at the end that balances well with the tea.

Normally, Chinese greens are iffy for me but this one seems to be working well. There is some astringency at the tail end but it isn’t salty/mineral-y and so the astringency is just a stab of fresh-feeling at the end. The green tea’s got a bit of a woodsy flavor that balances the sweet mint nicely. I’m not sure if it’s from the mint or the green tea but there’s also a little spicy flavor to this.

Honestly, not what I was expecting from the Extra gum smell of the dry leaf and that’s a little disappointing. But at the same time, this is a nice, winter-y, cuddly green/mint blend. I was a little concerned about how Kusmi’s green teas would go, especially since a lot of the ones in the sampler are flavored and I have difficulties with flavored greens at times. Not that this is “flavored” (it’s more of a blend, I’d say) but still. This is pretty tasty so I’m a bit less concerned about the other greens I have to sample (well, except the Green Bouquet which I am fearing will be like Bouquet of Flowers No. 108 which was… not good.)

Anyway, I’m not sure if I would make a Kusmi order to get this tea specifically but since I do like having a mint tea around (nice for those allergy-induced stuffy days) I could see selecting this one to be the one I choose if I’m going to be ordering from Kusmi (and face it, with Caramel, St. Petersburg and Troika, I will be ordering from them decently often) and I am out of something minty.

Some of the dry loose leaf looks like a gunpowder-type. The pre-steep/dry leaf scent is fairly mild. As it’s infusing it smells like moss and mint.

It’s COLD here today…about 16 degrees. We got like 2 feet of snow yesterday/last night…ICE and windy. At the office the pressure flow to the heater isn’t up to par so it’s cold in here too!!! ZOINKS!

Anyhow…I think this tea will be good for multiple infusions based on the leaves after the first infusion. If I like this tea…I will put it to the test shortly!

As I look into the cup – the liquid is a little murky but it’s a tannish-light brown with orange hue. Doesn’t really smell like much tho.

Loved this tea as well. I need to find a place to purchase it from a brick and mortar. I liked how the spearmint wasn’t overwhelming the tea.

I gave my private stash of this to one of my friends.
Mostly to keep the 1 kg tea law about taking tea into Greenland. Yeah there is a law.
If I take to much tea and get discovered – I get a ticket, the pay-you-stupid-criminal-kind, a warning and people thinking that I smuggle things across the border. And since I travel quite a bit, I don’t ever cross the 1 kg tea law. The security itself is quite tiring!

So, my friend got this.
but I love it, and I have to buy it sometime… It’s one of the better Kusmi-blend.
Green tea and mint. Fresh.

Two lbs of tea doesn’t seem that much… but I suppose when you’re traveling and buying tins it’s not enough. That’s less than 8 kusmi tins.

I agree this is one of Kusmi’s better blends. Then again from the few I’ve had they were pretty good.

If only the bar was at 2 kg!
That would be nearly reasonable =)

Yes, some of the kusmi teas are quite good.
If not, then at least pretty as decoration.

They have a lot of teas, also the clean ones like assam.
But I normaly buy my kusmi tea here in town… The spearmint just sell out quickly at the store.

Can’t find anywhere except Dean & Deluca in NYC to buy Kusmi. They don’t have a wide selection either =( Luckily they ship within the US =]

This is probably the only mint tea I’ve ever had that’s had any of the freshness you’d expect from a product containing mint. The spearmint must make all the difference here, and instead of that usual weedy, bitter, dull flavour, there’s a fresh, clean mint taste with a backdrop of grassy, non-bitter green tea. The mint flavour is a very pure one, a “straight from the leaf” taste. I’m taken aback by some of the average reviews Kusmi has had. I’ve found the brand pretty reliably good so far, and that’s relying on the tea bag set I got, so the quality I’m tasting probably isn’t even the best they have to offer. Surprisingly (given that in Be Cool it’s peppermint and here it’s spearmint) the mint flavor is kind of reminiscent of that in Be Cool, but the green tea makes it less in-your-face minty. Since I’ve found a number of minty teas average at best in the past, I’m shocked that I’ve found this one so well carried out. If you’ve disliked mint teas in the past, I’d recommend sampling this one. It has the downside of not being caffeine free like pure mint teas are, but I’ve found the combination of the mint and green here really works.

Overall, I don’t really know why some people have had negative things to say about Kusmi. Maybe it’s because it’s more of a “trendy,” image-conscious kind of brand than others, and tea purists might frown on the flavours. It may also be expensive compared to what one would pay for other brands (honestly, I don’t think much about this. If it looks/smells/sounds good, I’ll buy it), but to me, it’s a tolerable 75 euro cents per cup (at the more expensive rate that comes with using bags) and I haven’t been truly disappointed by a single flavour yet. I’m no tea expert, but to me, that’s a win. Admittedly, I might change my mind when I’ve tried some more premium-type teas, since I’ve mostly used supermarket brands up until now, but I’m pretty satisfied.

Got a single teabag of this as a sample with my Kusmi order. Wouldn’t mind one more to try it again in more controlled circumstance. Making it at work didn’t result in a likeable cup.

Was very grassy, and the mint had the “wet washrag” taste I’ve referred to before, that I get with some herbs.

I love spearmint, so I was very much looking forward to trying it out of my Kusmi Tea Essentials box. I was blown away by the smell when I opened the bag — it smells sweet and spearminty and, just like another person commented, it really does smell like spearmint gum. It’s a sweet and delicate mint smell.

It tastes more like green tea than spearmint, although the mint flavor is present. The taste is different from what I was expecting — it’s very mild. I like this tea, but I have not made up my mind about whether I will order more. I’m enjoying my Essentials box so much that I may just buy another one of that…

EDIT: I steeped it longer the second time I used the bag and the mint flavor really came out. It didn’t get bitter even though I left the bag in!

Hum, spearminty!
Not the best green tea I’ve ever had, but I like spearmint, and this is a very refreshing blend. Also, it works great in the kitchen: my regular chicken stew became a somewhat lovely exotic chicken stew with the help of a few tea leaves.