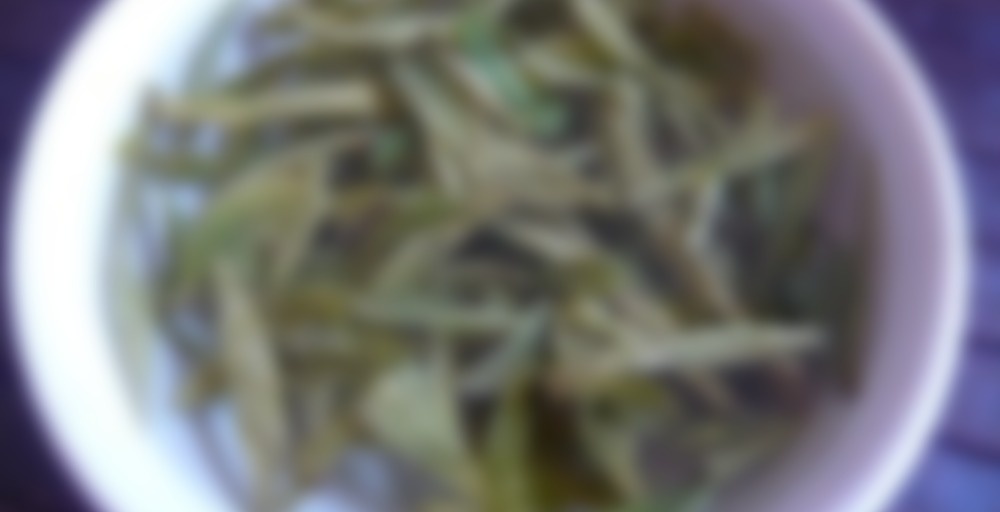 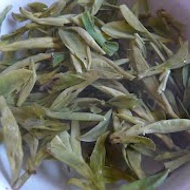 by Life In Teacup
84
You

Quick notes I did several Steeps and I didn’t really time the steeps. I mostly used the smell as a guide to determine when I wanted to try it. The times I specified are round ups to what I thought I did, but I did follow Ginko’s recommendations about time but also did some on my own to get that trial and error sweet spot.

1st – 20 secs Roasted nut hints reminiscent of rice scented tea, vegetal, like yellow squash with a full body that stays in the tongue. The nutty and vegetal notes stay in the mouth and becomes refreshing and very pleasant.

3rd – 35 secs Sweeter and ‘juicier’ rather than full bodied with the tart fruity/floral notes being more evident that previously. The taste is more floral and complex but maintains some vegetal and nutty notes in the background. Still somewhat filling but mostly refreshing.

Final Notes
- A very good tea indeed. I’m glad I pre-ordered this one from Gingko, the price was a bit better in the pre-order offer. I really loved it but want to make sure I clarify that even though the tea has pleasant sweetness, I find it to be more in the umami side of teas. Not necessarily savory, when I think about savory green tea, the taste of vegetal broth comes to mind.

This tea was very delicate and very well balanced the whole time. I can make around 4-6 good steeps with the tea, after that I start getting some astringency in the mouth, the taste is still pleasant but I avoid astringency in most greens; Japanese tea being the exception to the rule for me.

I’ve been wringing my hands lately trying to get perspective on some 2013 Long Jing samples I’d gotten from another retailer. Not really being able to see a significant difference between them, I thought it would be helpful to compare them to a competitor. Who better than my first experience with Life in Teacup (LIT)?

I was excited to receive my LIT 2013 Long Jing pre-orders the other day and giddy to sample my first authentic Long Jing from Long Jing Village. Ginko, the manager, is an absolute pleasure to deal with and puts a lot of TLC into everything she does. Communication was excellent and shipping was fast. And here’s a testament to Ginko’s attention to detail — The free sample she sent to me? It was the only LIT tea that I happened to put on my Steepster shopping list! Now that’s either a coincidence, or someone did their homework!

As for the tea, I want to note that I tended towards hotter water and longer steep, based on instructions from the LIT web site.

My first impressions were that the dry leaf had a somewhat subdued aroma, but still a fresh character. Fairly unremarkable in its pre-steeped appearance, lighter green, tending towards yellow and lacking in luster, I was hoping for something a bit more uniform and symmetrical. I found what looked like a clove in the first spoonful that I scooped out. It turned out not to be, having nothing more than a slightly toasted flavor to it. Probably just a loose stem and from what I could tell not characteristic of the tea. But honestly, in this price range and from such a famous source, I expected to see a classic, textbook example of Long Jing. Of course in reading Ginko’s blog, LIT seems to support taste over aesthetic, which I can appreciate. Though I want to be clear, I in no way intend to represent their teas as unattractive. Let me clarify by siting a blog post from Ginko:

In summary, there was mention of creating a higher grade tea from an already high grade tea, by trimming and discarding leaf to create a more uniform perfect looking product. LIT appeared to support the view that one should leave good enough alone. The tea taste would not improve significantly, they preferred the raw esthetic, and finally cost would be driven up by the additional labor required to further “improve” the tea. So with that all said, I took the appearance of the dry leaf with a grain of salt.

As for the first steep, again I went hotter and brewed longer than I usually would based on LIT recommendation. The resulting liqueur was predominantly yellow, with a hint of green. I was surprised that it was a bit bitter, having an overall dry mouth feel. I caught a bit of the classic chestnut nose on the first few steeps, and mild toasty aroma when I first introduced about 3tsp (aprox 5g) to my moist, preheated empty glass infuser. I then went about my usual steps for preparing Long Jing:

Overall the experience was positive, though somewhat marred by the bitterness. What I found most compelling was the lasting sweet aftertaste that would bubble to the surface after my teacup had been emptied. I found myself enjoying the latter steeps, as the bitterness fell away and I was carried from cup to cup (6 in total) by this wonderful, subtly sweet character. The last few steeps I didn’t even decant, but drank directly from my brewing vessel.

I will experiment with this tea further at lower temperatures, more in line with my usually consistent Long Jing preparation methods. I have a feeling this will prevent the bitterness I experienced from overshadowing the elements I particularly liked about this tea. So in that sense, I wouldn’t call this tea “forgiving.”.

Overall I’m optimistic, but currently can not support LIT in their belief that this tea can tolerate “Higher Than 180F (85C)… [and] can handle boiling temperature well” without introducing these bitter notes that I don’t particularly care for. Mind you, my tumbler is 10oz, larger than what LTC references and my yield, leaving a root, is about 5-6oz per infusion.

I will refrain from providing a number rating until I’ve had a few more sittings with this tea.

UPDATE: The more I’m experiencing the 2013 spring Long Jings from different sources, the less I realize I know! I’ve since brewed this at my usual lower temps and was very pleased, finding it having a wonderfully complex flavor profile that evolved from steep to steep. Will be sure to post more detail when I can really focus and do this tea justice. But for now I can comfortably rate this tea.

This tea easily became my favorite of all the different Long Jing teas that I sampled from this spring. Unfortunately it is incredibly cost prohibitive or I’d buy more. At $30 for only 25 grams, less than an ounce, I can’t justify purchasing quantity no matter how good it is. I’ve never seen a tea retail for $533/lb! Even Verdant’s Shi Feng Long Jing, a comparable tea in my opinion, retails for $13.25/oz or roughly $164/lb.

Hi. I liked your notes. I agree with you regarding the looks of the tea. When you look at the tea you think ‘Hmmm, this is the famous tea from the famous village and it doesn’t look like much right now’. But I found that the tea is really good and I can respect (and admire) the decision to keep the tea as it is. Recently, I’ve found too many teas trying to keep up aesthetically and just delivering a beautiful but ultimately tasteless tea.

I also bought some 2013 Da Fo Long Jing. A very good tea and a better bang for your buck.