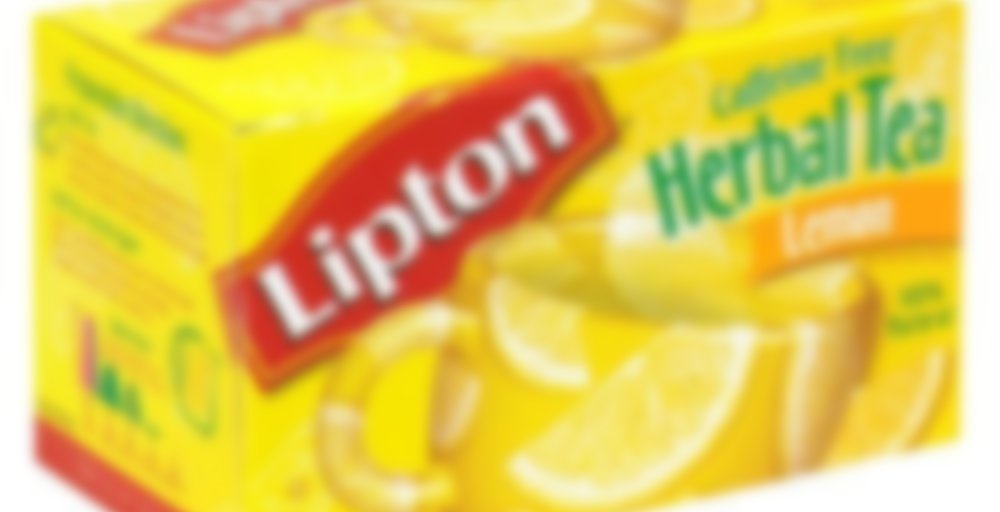 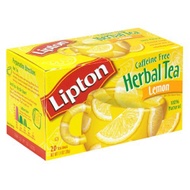 The tart taste of lemon meets a medley of other all natural herbs and spices in a tea that’s as refreshing iced as it is served hot. Spend a day in the sun with a glass of LIPTON Lemon Herbal Tea.

I spent the weekend babysitting two 5 year old booger factories. I am sure they spent the whole weekend trying to sneeze into my mouth and put their fingers into my food. I thought I had escaped unscathed but I was wrong. Couldn’t sleep last night because my throat felt like it was closing. Then all day today unless I had a Halls in my mouth I couldn’t breath or talk.

So I came home from work a made a cup of to tea with a healthy scoop of creamed honey. Felt really good while I was drinking it but back to razor blades after I was done :(

Well I’m going to have a freezie and off to bed. Hoping this doesn’t last too long.

I love to suck on a honey halls and drink a lemon tea at the same time when I have a sore throat. Get better soon :) Blessings

Thx for the well wishes.

Blah! Ran out of my Twinnings Lemon & Ginger tea. I took a few bags of this lemon tea from a hotel somewhere (I travel a lot for work, so not sure where).

With lots of honey and a slice of lemon, it’s not too bad. I’m not impressed that the number one ingredient is hibiscus flowers. Lemon is the 5th ingredient on the list. If I wanted a hibiscus tea, I would have looked for that. I want a lemon tea! However, it’s soothing my throat and that’s all I care about right now.

Oh, and unlike the Twinnings tea, I can’t just leave the bag in my mug and resteep as needed. Way too tart if you try that. I really need to gather up the energy to go to the grocery store to get more lemon, ginger and honey.

The exact name of the tea I had was Sir Thomas Lipton Lemon Herbal Infusion (Sir Thomas Lipton is said to be a distinctive range of specialty teas by Lipton), but I don’t think it’s very different from this everyday lemon tea offered by the same company so I am writing the review here.

Like many previous reviewers, I drank this because I was not feeling well. Many people commented that its flavour resembled that of cold remedies. I have never tried cold remedies from the West, but I want to say that it tasted very much like a traditional sore throat remedy – a drink made with preserved citrus fruits – in Chinese culture too. The dry leaves smelt strongly of dried orange/mandarin/lemon peels, which was rather repellent I must say… when brewed the liquor tasted equally strong, to the extent that it could be somewhat bitter. It’s probably quite good for sore throat, but I certainly would not drink it if I wasn’t ill!

When steeping it smells exactly like Lemsip! Definite lemon scent, but again Liptop manage to get a strange artificial edge to it as well.

The taste is better than expected, although more on the bland side, and it’s not because the bag wasn’t in long enough! The lemon is pleasant, and does taste more natural than it smelt. Occasionally I got a wonderful lemon fresh taste rush through after swallowing, but it didn’t happen often enough for me to love this tea.

I generally don’t like lemon in my tea, but I don’t have anything against lemon. I like lemon pie and lemon pudding and lemonade. This pushed it. It was horrible. It tastes like lemon concentrate heated up in a cup.

I don’t dump out my teas even when I don’t like them. I sit them out and give them a fair tasting review to the very end.

I took four sips and three big gulps of this.

I dumped it out.

This tastes kind of like a tart lemon candy. It needs sugar to bring the flavor out, but it’s decently tasty. It gets really bad reviews, which is too bad. It’s nothing special, but I don’t mind its fakeness since it’s more like lemon candy to me than actual lemons.

Smells exactly like a lemon lolly. From the smell, I was expecting a sweet, lemon-y flavour which would be okay to drink. First sip, exactly as it smelt, sweet aftertaste, fake lemonness, drinkable but not something I would get if it wasn’t free from the dining room. It leaves my mouth with a cheap tea aftertang, like I can taste whatever they bagged it on.
Maybe it would be okay if I were really sick, or with a bag of something else (I’m thinking peppermint), but for now it’s just ‘meh, I’ll drink it’.

This is one of those sort of generic “Superstore” type teas that I keep stocked up on for when I have family or friends over who don’t really drink tea too often or who aren’t familiar with loose leaf teas (especially some of my more “odd” flavoured ones) and would prefer a more ‘basic’ type of tea. I hardly ever drink these teas (the exception being my Stash Moroccan Mint and Riverblend Plantation Saskatoon Berry Black Tea), so it’s been a long time since I had this one; long enough for me to apparently forget just how awful it is.

I decided on this one for my “bedtime tea” tonight because: A) it’s caffeine free, and B) for whatever reason I was craving lemon, which was unusual since I don’t really like lemon as a flavour unless it’s in baked goods, and I don’t actually own any loose leaf teas with a prominent lemon flavour.

The bagged dry leaf doesn’t actually smell that bad, but as soon as it had started steeping the whole kitchen just stank of this sort of medicinal lemon scent – it kind of reminded me of Neo Citron. I took a small sip, and immediately knew that if I was going to be able to finish the cup I had to load it up with sugar.

I added about five teaspoons of sugar to the cup, which just BARELY makes the tea palatable. I find I’m drinking the cup in large gulps with the goal of just pushing through and finishing it off. The aftertaste of this is just horrid – even after adding all of that sugar it’s still pretty tart and awfully bitter. And there’s still that nasty sort of medicinal quality to it.

To think that this is my Grandma’s absolute favourite tea! Bleck. Oh well, I guess I’ll just hold on to the rest and, as she comes to visit, she can drink it all up. I don’t think I’ll be having any more for quite some time.

A nice lemon tea, but not my favorite. It’s quite good in a pinch though.