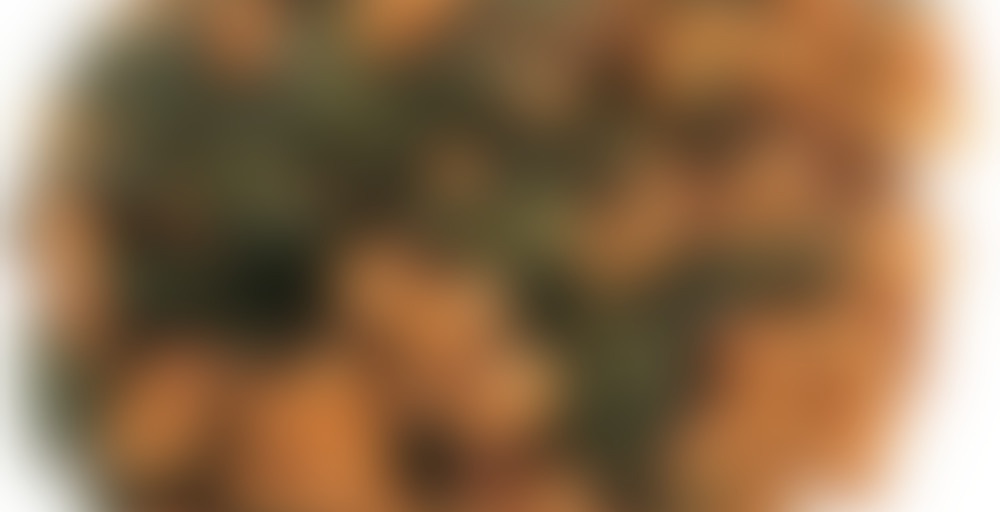 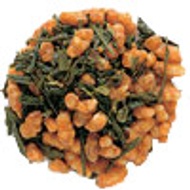 Tea of the afternoon……

I have been waiting almost a year to order one of Lupicia’s famous Fukubukuro bags that they offer annually at 12:01 on New Year’s Day. It is a Japanese tradition, a lucky bag, or mystery bag that offers items usually at a 50% discount. I missed out on the $50 bags, but was able to snag the $30 version. I was definitely pleased overall with my January tea purchase, and I got a few things that will be interesting to try. This was one of the teas in that bag….. I got a bag of 10 teabags.

I am not usually a fan of genmaichas, but I do appreciate them from time to time. This one has a grassy, bready, roasty flavor that you would expect from this type of tea. I am sure I can drink it 9 more times! I do like that it is such a unique flavor profile from the teas I usually drink. This one is certainly fresh and tasty. I do not require additions on this one.

I followed the steeping parameters on the bag…..1 minute with about 12 oz. boiling water (which I thought the water temp recommendation seemed a little high for a green…might try lower next time.)

oh how fun. I want a Fukubukuro bag but will live vicariously through you now.

I did the same last year! I think the website was out by around 3pm on New Year’s Day…. I f I remember correctly, they were available for at least a week last year and you could pick your tea type. This year it was a mix.

..I mean I watched everyone else that got one….sometimes I leave out important words in my quest to be concise…

Ooh, I didn’t know about that! I will have to try to remember for next year…

It’s been a little while since I’ve had a Genmaicha – at least a week or two! And in that time I’ve consumed a lot of tea… but it isn’t until I get to another Genmaicha that I remember just what I’ve been missing. I love the comforting aroma and taste of the sweet toasted rice.

This is a very nice Genmaicha – sweet and mellow. Just perfect after our shopping excursion earlier today. Just what I needed.

Oooh shopping. I haven’t been shopping in ages (the grocery store does not count). ;) Tea sounds yummy too!!

You have just reminded me, I like Genmaicha quite a bit. I used to buy it at this nature store but they went out of business or relocated. Anyhow, the rice flavoring and the smokiness in the cup is divine. I would close my eyes and it was as if cooking a pot of rice and while it is steaming, inhale the flavorful scent of the rice and the warmth in the cooking/heating of it. Really nice. Thanks for reminder.

Another sample pyramid bag from Lupicia, consumed at work under less than optimal conditions.

I forgot to give the bag a sniff before I added water, but afterward it’s a sweet green tea with toasty rice smell. I would have thought since my water here appears to be on the not too hot side, that would have brought out more flavor in a green than my previous attempt, a black (English Caramel). Not sure that really happened, though, even though I am pretty sure I left the bag in for at least 2 minutes. On the other hand, I steeped for longer than I usually steep greens and there was no bitterness.

It’s a nice genmaicha, but I’m not sure it’s an improvement over the Numi bagged genmaicha. The flavor isn’t as strong as the Numi’s is, either as far as the tea goes or as far as the rice goes, and I generally prefer my teas (even green ones) fairly strong.

Holey moley! Moving is such a pain, and the weather is just terrible outside. My little car keeps slipping around… these cars are not made for snowy weather. Anyhow, I was deprived of tea for the past 2-3 days. OH THE AGONY! But as I’m unpacking, I opened my box of teas and relaxed to this one.

I miss that scent of tea. Am I addicted? … nah!! no way!!! ;) ok well maybe just a little. This one was bagged with full leaves and brown rice inside. The scent is strong and smelled like genmaicha. The liquor was a nice yellow-green. The taste was surprisingly sweet. Delicious. This was just what I needed.

For those who don’t know, genmaicha is green tea with roasted brown rice in it. It certainly smells like roasted rice!

My thoughts: genmaicha is like a more roasted version of houjicha. It’s not like houjicha at all really. And it’s definitely not like sencha at all! But the closest thing I’ve ever had to genmaicha is houjicha, so that’s what I’m comparing it to.

My overall impression is it’s good. But it’s not something I’d drink every day.

The leaves in this tea are a deep gorgeous green and no stems to be found in this tea. The ratio of leaves to rice is high which gives the final product a beautiful green colour. In comparison, I have some cheaper genmaicha which is full of stems and mostly rice and the outcome is a less flavourful yellow product; not nearly as nice to taste or look at as this comforting tea from lupicia.

Well this was an unexpected sipdown. I received a sample of this and it turned out to be a pyramid tea bag. It smells and tastes very strongly of toasted rice. It reminds me of the rice that is slightly burnt on the edges of a stone pot like in bibimbap. That part is always my favorite. Anyway, I’m not tasting the green tea base as strongly, but it is a very nice genmaicha. If I didn’t already have so much genmaicha, I would probably order this. Maybe I will when I run out of my current stash.

A nice genmaicha with everything that it should have: intense aroma of toasted rice, beautiful jade colour (the liquor), mild straw-y flavour. One of its ingredients is reportedly high-quality rice by the brand “Kirara”… though I can’t really tell its difference from other cheaper genmaicha. Anyway, this is quite enjoyable. :)

One of my favorite compliments to great Japanese food is a really good Genmaicha (玄米茶). Trying to fight off the end of a really bad cold and needing my strength back I made a pot of Japanese Spicy Beef Curry tonight for dinner. Looking for a decent tea to pair with my grub I found a brand new tin of Lupicia Kirara Genmaicha my good friend gave me for Christmas.

Just opening the bag you can tell the aromas are so wonderful. The sweet roasted smell of gemnai (brown rice) and the calming straw or hay fragrance of a middle grade sencha (煎茶).

The taste was pretty good so I did enjoy my three steeps starting out with a 30 sec steep and progressing adding 15 sec each time. It was satisfactory but not mind melting.

Having tasted some of the best genmaicha in Japan I expected a little bit more fullness and roasted flavors especially knowing Lupicia is a major chain in Japan. While not a total disappointment it’s not a superlative worthy genmaicha. It looks as if Lupicia has lowered it’s standards a touch on this one thinking we may not notice the difference. I’ll stick to me omiyage (gifts) from Japan or try some suggestions from my fellow Steepsters.

Genmaicha is one of my favorite teas. It has the distinct flavor of roasted rice, which is something I quite like. Very comforting, almost as if I’m eating something toasty. The flavors lingers in my mouth for a while.