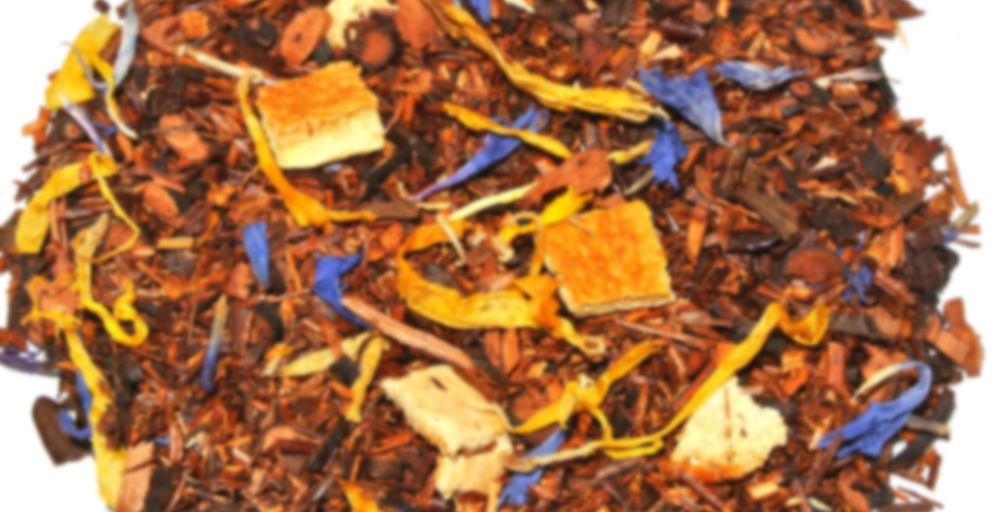 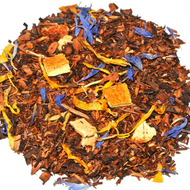 This sweet blend will capture your attention with its color nuances of marigold flowers, cornflowers, orange peels and a mix of lively rooibos tea and honeybush. Vanilla Sunrise will seduce you with its extravagantly delicious flavor and rich vanilla aroma. Enjoy while watching the sunrise or anytime of the day as it’s caffeine free!

This tea in a some ways reminds me of starburst orange candies and orange milkshakes and a little bit of childhood. It makes a nice creamy orange rooibos honeybush blend for someone who wants one that is neither tart, overly sweet, or that is not a chai.

The tea brews up to a beautiful peachy deep orange tone. With an orange, vanilla and peach scent over a slightly powdery sweet tone from the base.

The flavour is a nice blend of fruit and vanilla. Orange is the top note followed by peach settled in vanilla. The base is pretty well hidden by the flavouring. The vanilla makes the tea taste fairly creamy and the peach acts to sweeten the tea and temper any tartness and bitterness from the orange. The vanilla is nice, it is not syrupy nor is it a cool vanilla. There is a faint powdery aftertaste from base, but it is not medicinal and is partially hidden by the tang of orange peel. The aftertaste is of creamy orange. The tea re-steeps pretty well. It looses most of the vanilla but the fruity tones remain strong. This tea would probably be really nice with cream or milk and might make nice popsicles in the summer as it tastes pretty nice when cooler. When cooler the peach comes out a little more.

Altogether this was a nice introduction to LuxBerry Teas for me. It is much more a fruit tea than you would expect from its name.