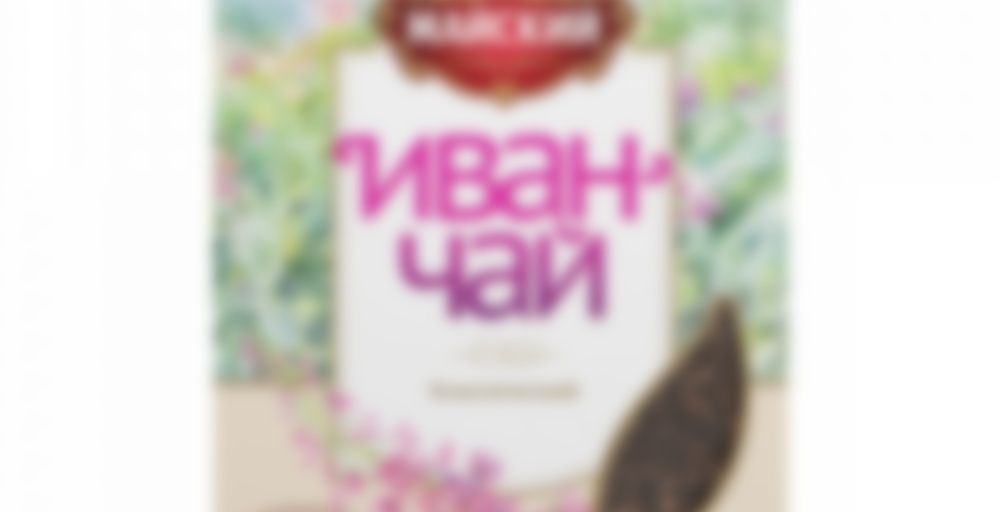 Another tea from postcrossing, from same person as yesterday one, Berry Gelato. While previous one was black-fruit blend, now I will try typical Russian herbal. Fireweed or rosebay willowherb (Chamaenerion angustifolium), also known as Ivan’s tea in Russia, is herb from northern hemisphere, but using it as a tea is typical for Russians only.

I have no steeping parameters for this tea, as I got typical white tea bag with name and QR code on other side. The QR code is a link to their website, I will do my best, around 5 minutes steeping and boiling

My brew is turning from light green-yellow to brown, copper colour. It stays clear. Aroma is rather on sweet, honey-like side. I don’t notice much of the herbaceous notes, it is rather bit like some black tea; with hints of muscatel as well.

The taste (oh, it’s still very hot) is again like a black tea; although much less body of it. Honey-ish taste and hints of muscatel. Although it’s herbal, there aren’t any notes of herbs in taste. Taste as I said, it is like a black tea, though weak one a bit. Some may say it is as well caramel like, which a little in aftertaste.

Off I go, I have lecture from Probability and Statistics in 5 minutes.

Interesting! The tea, not the lecture. I still wince at the memory of my college statistics class, driven by a professor whose tests made college freshmen weep!

Interesting! The tea blog Steep Stories has a whole bunch of posts on Ivan chai.

Oh, I had Ivan’s Tea herb at a tea festival in Portland in 2019 and loved it!

I am glad that I have amazed you all! The lecture was quite interesting as well, I think I start to understand it.
Leafhopper: I have checked that out and it is interesting read! I have to read it more in detail when I will have some time.
Mastress Alita: So, I hope I am not totally wrong that it is similar to actual tea, right?

It had a very rich/umami flavor and a thicker mouthfeel, and was a little spicy from what I remember? I recall thinking that I’d never tasted anything like it… I really need to get some and try it again, as that was July of 2019 and my memory isn’t great.

Mastress Alita: I have found out this website with generous offer of Russian companies, I don’t know how much will be shipping to US, but maybe worth trying? They have exact one I had but in loose leaf for 2,27 USD (50 g). Check out: https://maymarket.com/tea/

I don’t know even how they work — it seems it is some retailer who buys them first from different places adn then pack it and send it outside the Russia?

The company I sampled some from at the Portland Tea Festival offers it, and they are local to the set of states I call home (the Pacific Northwest) so I’m sure shipping from them would be much more feasible for me. :-)

Of course Mastress Alita, that’s for sure… but maybe somebody else will be interested in ordering tea outside the America :)