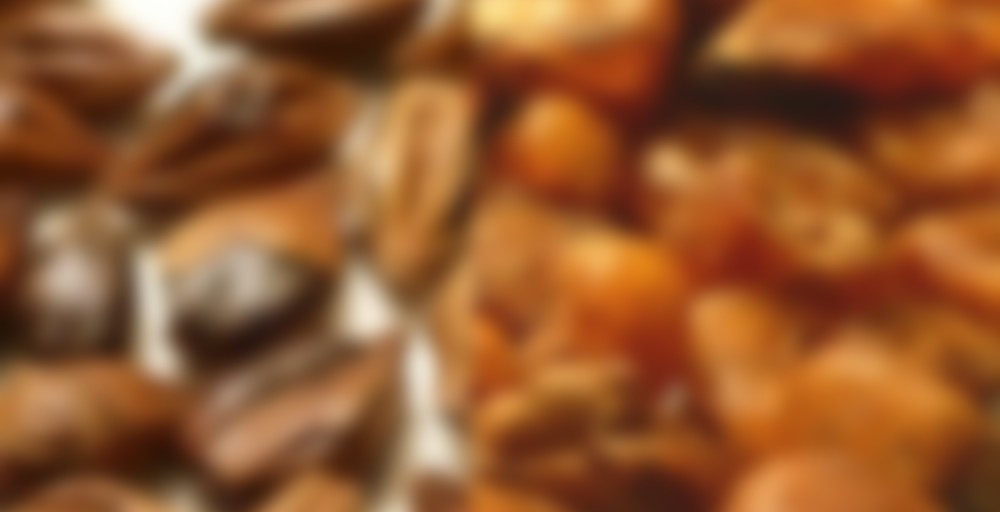 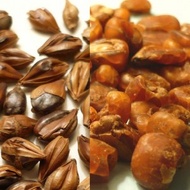 In Korea, roasted corn tea is often combined with roasted barley tea, as the corn’s sweetness offsets the slightly bitter flavor of the barley.

This tea is traditionally known to be good for those with high blood pressure, diabetes, and kidney disease.

This is so wonderful especially with our rainy fall like weather. Okay its not really fall like but I am making myself believe it is anyway. It is cooler today with a nice rain. I love barley, I love corn, – this “tea” is the best of both.
Sweet and savory, filling.
A beautiful golden hue fills my cup and at 5.00 a POUND … wow what a deal!
I will be ordering a pound of this so PM me if you want a sample of it – I have a pound of their genmaicha sitting here too if anyone wants a sample of that let me know.
This is so so good!

Interesting tea. I’ve had barley tea before, and quite enjoyed it. Don’t know that I’ve tried a roasted corn barley tea though… interesting.

More than happy to send you some! :)

Well when I get it that is lol

I would probably love a corn tea as I enjoy corn in all it’s forms. Sounds soothing and yummy. I wonder if you can cook with this tea since its really just grains. Maybe ground into a coarse flour?

@Azzrian, I’d love to try it. And, I’ll send you a gift in exchange. :) I don’t always get to send them out as quickly as I should, sometimes things (like a daughter’s wedding!) keep me going at a snails pace when it comes to swapping teas, but, I do eventually get the teas out to those that I swap with!

Its okay LiberTEAS we all get caught up with real life at times :)
I will put you on my list of those who I will send samples to once I get my order placed and it arrives :)

Would love to try this as well Azzrian, but if there’s anything I have that you’d like to try by all means let me know!

Thanks Sil – Lord knows I don’t need anything else lol just PM me your address please and once I have it I will get some your way! :)

Would love to try some as well. Also is the genmaicha barley ish at all, too?

Humm I have no idea but I can always grab some for you and send it to you. I mean when I place my order with them I will have a pound of each kind I buy! That is more than enough to stock most who would want some for a while lol.
I have a pound of the genmaicha here in shirk wrap and I told my husband this may have to go into our emergency kit for tornados, end days, etc lol
Its soooo much tea!!! And shrink wrapped so it would stay fresh!

Azz – feel like sending a bit extra to Sil that I could nab from her later? Very intrigued. I just want a taste :) (Sil, this ok with you? :D)

If it is Sil just remind me please when you send me your address.
:) I would be more than happy to accommodate! :)

Of course thats fine. Saves on shipping AND gives us an excuse to get together. Pretty sure these guys were us only when I looked into it before

Rachel sorry I missed your question – Genmaicha as a rule as sort of that barley like taste – its rich and creamy and very much like a meal to me lol but there is no barley in it.

Steepster is such a dangerous but wonderful place. I was perusing newly added teas the other day and saw a Crystal Malt tea that I just HAD to find out more about. So I hopped onto their website and saw there was a cheap sampler pack. Now, I know company experience isn’t really part of a tea’s rating, but I’d like to mention that I got amazing customer service! There were some issues with my order and they were fixed speedily. Also, my samples cam in this adorable little tin! This is the first of 5 teas that I have to try, but I already know I’ll be ordering again soon.

I decided to cold brew a teabag of this, and something very strange happened. It brewed to a dark amber in ONE HOUR. I know, right! The fastest I’ve ever had a tea “finish” cold brewing was 4 hours, and that’s usually for bagged tea (which infuses faster because it’s all cut up) or I’ll throw a whole bunch of leaves in there. This, though, is whole grains, so I’m amazed it only took that long. And it was strong too! I got a second brew out of it, but I have a feeling you could probably cold brew a bag of this all day long and get 4 cups easy. Which, of course, makes it a whole lot more appealing!

If you’ve ever had barley tea, the taste here is obviously similar. It’s rich and has an almost savory quality, but the corn adds a surprising hint of sweetness at the end of the sip. I am reminded of genmaicha, but with a stronger background taste instead of a green tea. The malty flavor is quite strong, almost molasses-y. So delicious and refreshing!

Oh lord I need to go check this site NOW!

Got me a sampler pack and a POUND of genmaicha for only 7 bucks and some change! WOW!!!!

Their prices are SO good! It’s kind of unbelievable, but what I have tried so far has been really tasty.

Very interesting, something to try in the future, okay for those prices maybe the near future, malted grains seem very fallish.

That’s funny, I associate it with summer because I drink so much genmaicha and bottled barley tea! I can see it being very wintery hot though.

I took the one teabag of this out of the Here’s Hoping teabox while I had it. I didn’t know what to expect with this one! After steeping for a few minutes at boiling, the flavor is nice. The barley reminds me of a lighter flavored genmaicha and the corn added a nice sweetness to it. I didn’t get any bitterness that the description mentions… it’s very light flavored. I probably didn’t steep it long enough. I’m happy to have tried this one!

I am so excited about trying malt teas! I got the sampler pack because I had no idea what to try. I wish I could show you the cute packages that arrived today- I put the image links below if you want to check them out. Cute, reusable balsa wood boxes tied with string. The sachets inside are tied together with the string and have little typed labels. I forgave them for being somewhat late with my order because I was so thrilled with my treats.

Anyway, enough with the cuteness. I tried the Roasted Corn w/Roasted Barley because the description of sweetness balanced by bitterness sounded like a good start. I really liked the toasted, mellow character of this reddish brown liquor. The sweetness is subtle on the tongue, and fun to detect. I really didn’t notice any bitterness.

Is it the grain flavor that makes me think I could drink this with anything you’d drink beer with? Is it the toastiness that makes me want to drink it in the morning while others are drinking coffee? I wonder what it would be like with milk. It’s a very satisfying tea with a lingering flavor and aroma. It’s hearty!

By the way, I love blending roasted grains with teas. I don’t know what it is about oolong but I liked formosa oolong with soba (roasted buckwheat) and also like it with this. I’m looking forward to trying it with other teas.

I must add that this beverage is enjoyable hot, room temperature and cool. I’m not sure I’d like it iced, but it’s still in the 90s here- I may check that out!