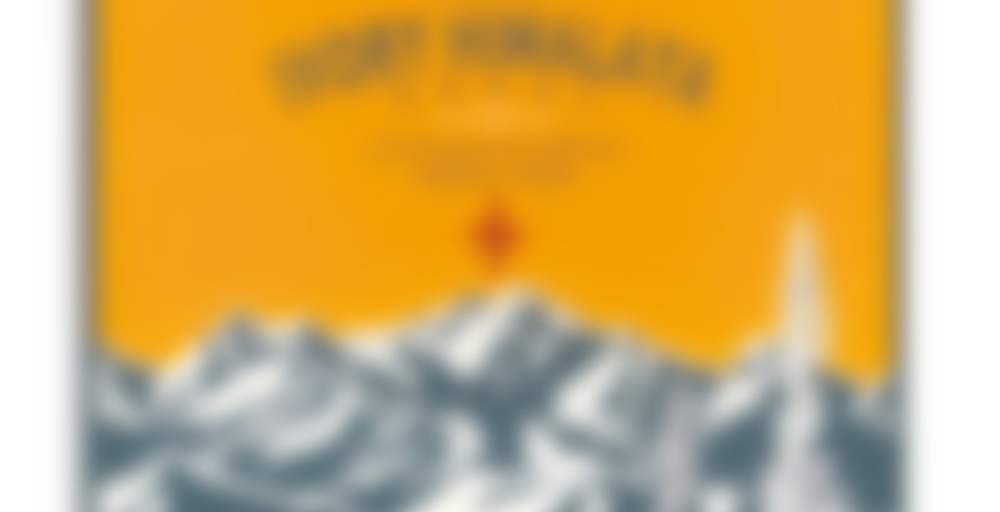 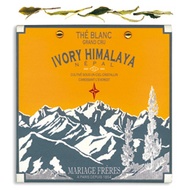 by Mariage Frères
78
You

A TREASURE FROM THE END OF THE EARTH
This white tea, composed of young leaves and silvery tips, comes from an amazing estate perched on the roof of the Himalayas.
Mild and balanced, its bright cup boasts a fresh, pure aroma followed by light notes of vanilla and white flowers, creating a harmony of flavors that long caresses the palate.

How to prepare this white tea :
Measure out 5 g of tea for 20 cl of pure, filtered water. Bring the water to a simmer (about 80° C)
and let the tea infuse for 5 minutes

this is another backlog from yesterday. A tea my dad purchased in Paris that i forced him to open and consume because otherwise it would still be sitting there the next time i came to visit, unopened. So i brewed a cup of this for him to try and let mom have a sip…who exclaimed she wanted a cup, so i gave her the cup i was making for myself (resteep) and warned her it would be a little different tasting. Went back to resteep it again for myself, at which point my dad came back in the the garden to announce that i should make him another cup for dinner…so i gave him my other resteep…

Yeah…we steeped this 4 times and i took the last steep so my parents could enjoy the “better” steeps. I also used this tea to show my parents that you CAN resteep some of the teas that dad has purchased without losing too much flavour.

Did i mention that this tea is EIGHTY FIVE EUROS for 100 grams… yeah. I think this is officially the most expensive tea that i’ve had to date. Now, those who know me, know that white teas are generally not my thing. However this tea was pretty darn delicious. I’m sort of hoping that dad decides he doesn’t like it and sends the rest to me later, though that’s not likely to be the case given how fast he drank his two cups.

This tea is light and refreshing and totally not floral. It really does have notes of honey and vanilla in it. The liquor is a beautiful pale golden yellow colour that faded to a dull yellow. I wish i could tell you more, but i didn’t get a chance to jot down too many notes, since my parents kept wanting me to make more heh. If i get the chance to go back and have more, I will write a better note. Promise.

yeah…i worked out that before this, the most expensive tea i’d had was roughly 53euro for 100g in comparison factoring exchange rate/ounce to grams etc…

ohhh seeing the tea , I was thinking Sil’s Dad is really awesome :)

Ysaurella – i agree. I think if i really get him into ths i might get to try many more teas that are on the “too expensive for me to buy” end of things.