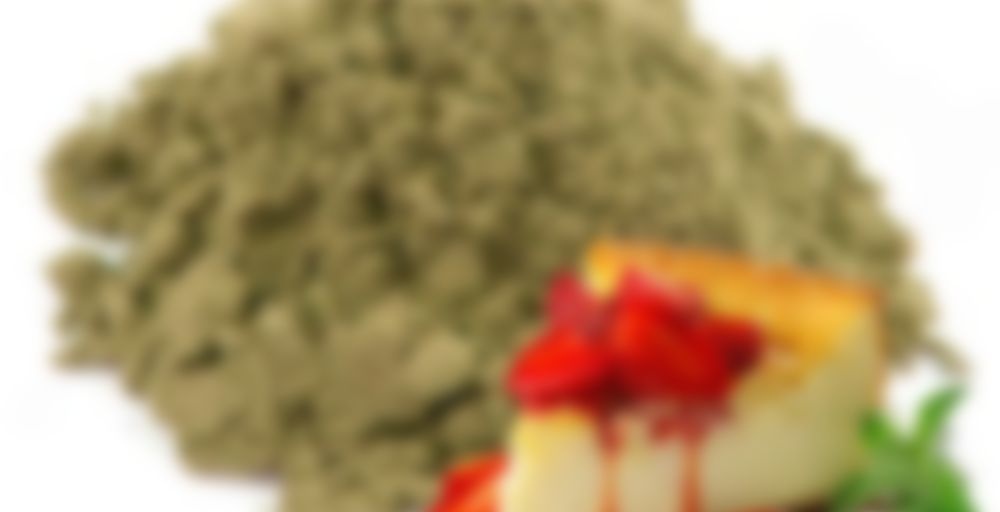 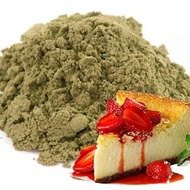 by Matcha Outlet
80
You

When I saw that Red Leaf was doing another sale on Cheesecake matcha, I knew I couldn’t resist. Since I already tried some green matcha for my last order of caramel, and cheesecake was a desert tea, I decided to spring for the white matcha this time because I really wanted to try it. I had never had white matcha tea before. I figured I could always mix it with caramel, too. I even sprang for the faster shipping to make up for the postal holiday.

I ordered the 30g Cheesecake Matcha, White Matcha, with Robust Flavoring
(found here: http://www.redleaftea.com/matcha-tea/cheesecake-matcha.html). I’m not sure what the quality of white matcha is, since you don’t get a choice of different qualities of matcha like you do with the green, but I’m assuming it is comparable to the Starter (Basic Grade). When I opened up the package, it had a cheesecake smell to it, but it also had an interesting butterscotch undertone to it. I’m not sure if that was the white matcha or just the flavoring. The powder was darker than I expected too. I expected white powder, but as you can see from the picture, it was more of an off-brown color. I was also surprised at how dark the liquid became when I mixed up my first cup. It was a medium-brownish color and I guess I was expecting something lighter because of white tea.

The taste was definitely interesting. I could taste some cheesecake, but the white tea brought an interesting flavor, too. It’s hard to describe, because I haven’t really had any experience with white matcha, but it’s definitely less vegetal than regular green tea matcha is. It definitely is a lighter taste, similar to how I expect white tea to be. I’m not sure how I feel about it. I might try the green/white matcha mix next time. I also want to mix the caramel to see how it compares.

Just like with the caramel matcha, I found that the flavors enhanced when I added milk. It definitely made it smoother and gave it more of a desert flavoring. I didn’t find the flavoring quite as strong and distinctive as the caramel flavoring even though they were the same level (robust), so I’m thinking the white tea matcha is a little more overpowering than the green tea. I also had a little harder time mixing the white matcha than I did with the green. But, this may have been due to user error.

All in all, the white cheesecake matcha was an interesting experiment. I think in the future, though, I may just stick to the green matcha base. Or, I may go with a stronger flavoring.

Ooooh yay for a review on the white base. Really curious about the black and red as well. I’m not a huge fan of white tea so I’m wondering if I’d feel the same.

My Bavarian Cream review is in regards to white – I did mine before we had different categories for white versus green etc .. I prefer green for sure over white. Nothing wrong with white but I just like the green more. Yes mine was brown too and I think Red Leaf Tea made a comment on my post explaining this he also explained that white tea does not froth as much as green so don’t knock yourself out trying to get it to :)

I did end up ordering the 50/50 Cheesecake matcha, so I can still send you a sample if you like! I haven’t gotten it yet, but I’ll message you when I do :) I got mine in the robust flavouring too, so you’ll be able to do a direct comparison.

We have a bunn of white tea in our store, to use as a base for smoothies…it definitely starts out a paler color, but turns dark brown by the time it runs low. Tastes the same! But changes color. I dunno, maybe it oxidizes slightly? And if you make a powder out of it, there’d be that much more surface area exposed so maybe the same thing?

@Sil – I think you should definitely try it out, but I think I’m just going to stick with the green base.

@Azzrian – Thanks for the tip on the froth. I did wonder why it didn’t froth so much. Also the color of the white tea is not quite as pleasing to me.

@softrevolution – Yes, definitely message me when you do. I’m not sure if you need a customs form to send matcha, but I’ll probably do it anyway.

@Daniel – That’s cool that you actually have white matcha, too. I’ve never seen it anywhere else.

No, sorry, it’s not a white matcha! I’ve never seen that anywhere else either. It’s a white pearl tea. But the liquor turns from a light straw color to brown when it sits in a bunn for a while. My best guess is slight oxidization as to why it does that. I figured maybe the same happens to white matcha when it’s made into a powder.

This was great! I made it in a milk base. Actually when I opened the package, I was kind of turned off because this smelled so much like… cheese.
Thankfully when I mixed it up, it tasted more like cheesecake rather than just cheese. I added a little sugar which rounded it out.
I really liked it on the white tea base as well.