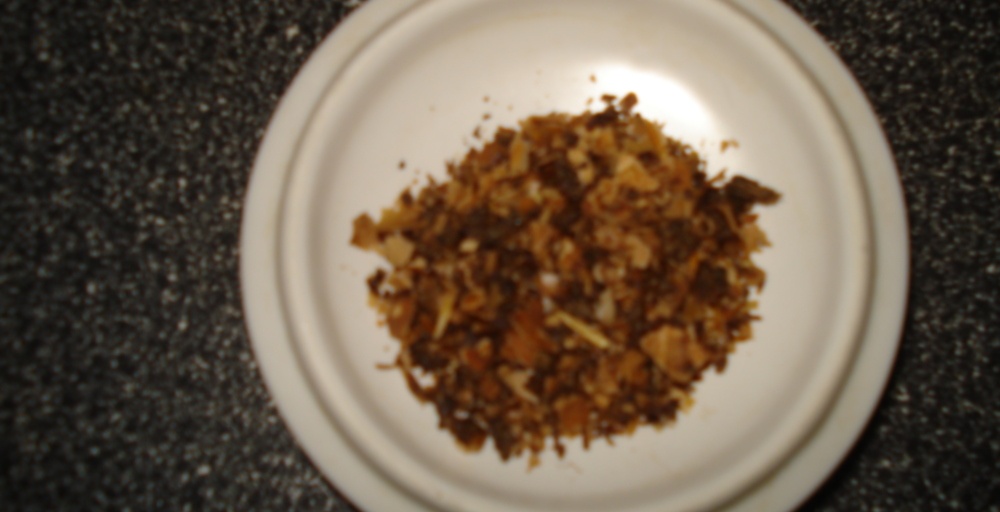 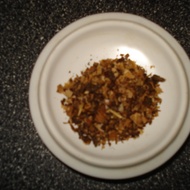 by McQuarries Tea & Coffee Merchants
75
You

I bought this one to make as a cold brew. But I thought I should try is as a hot brew too. I pretty much expected super lemon because the only ingredient is lemon peel.

I love iced tea, but I think I love lemonade more.

It tastes just like hot lemonade. It is quite tart but in a good way. There is a sweetness, but in the way a tart lemon is also sweet. Dead on fresh squeezed lemons. I thought it would actually be worse hot. Looking forward to this one cold brewed.

you’re killing me! I so wish these guys had a functional website that didn’t make my eyes bleed. So many delicious sounding teas.

Ha ha. I know what you mean. I feel like their website is something that was made in grade 8 computer class.

actually… i’m pretty sure grade 8 kids can do better. It looks like something that was created over 20 years ago when online commerce was just starting out…an 8th grader probably did it back then lol

I had to check out this site to see what you guys were talking about. Oh lordy! Someone needs to show them Verdant’s site. ;p

Thanks to Lala for a share of this one. I’m totally intrigued by this tea. I have to say i’m not yet sure how i feel about it haha. I tried this as a cold brew first and i’ll save the rest of this for a hot brew. This reminds me a lot of instant iced tea but tastier. The only downside is the significant number of brown floaties in the cold brew. Such that my other half wouldn’t even try it lol I’m pretty sure this is a win in my books but i’d like to see how it fares hot first as well :) Thanks for the share lala

So what exactly was floating around? I like the name of this one :)

Pretty sure it’s just the pieces of dried lemon. Nothing wrong with the taste its just reminds me of when instant tea powder isn’t quite mixed in. :)

A huge thanks to JennyFur for sharing this with me in our swap!

I was really excited about this tea, even though JennyFur wasn’t a huge fan of it. I love lemonade and I’ve had some lovely decaf lemon teas of late, so I was hoping to have an excuse to get even more.

Unfortunately, I had to search for steeping instructions, and prepared the tea for drinking prior to realizing it was only suitable (or recommended) as a cold brew. Darn it! It was wet already from my having washed out the steamer basket.. so I just committed to it hot. Yep, I can do this.

Like JennyFur, I found this to be really Pledge-like smelling. It actually smells quite lovely, it’s just.. there’s something chemical-y about it. I actually like the taste, although I seem to be having a reaction to it. Sweetened, it tastes lovely as well – and still this reaction.

Sigh. I’m really grateful to JennyFur for sharing this; she saved me a lot of cash by letting me try a sample. I’m going to leave off a rating, because I think to do it justice, I should have cold brewed it instead.

I really enjoyed this one (don’t want to add insult to injury, but it really is amazing cold brewed), and it pisses me off greatly that it’s been discontinued – especially since it’s from a local shop in my city :(

I’m seriously considering JennyFur if she’ll swap me some more (if I remember correctly, she said she had quite a bit?) and I’ll send her some other stuff – like Pineapple Matcha – in exchange. I really do want to try this cold brewed.

I’ll see what I’ve got for you dear. I beleive dear husband has ran off with the bag to work. If he hasn’t drank it all I’ll zip you some over easily. If he HAS, I can always pick some more up at the place I got it at if they still have it. Its downtown and I don’t go often, but when I go next I’ll check and see. They didn’t give us any steeping instructions either, so don’t feel bad. I had it hot and didn’t like it, while husband loves it, but said its easy to get the ratio wrong.

I’m curious where you get it from, JennyFur. They used to sell this at a local tea store downtown in my city, but it’s been discontinued there…

One of the best parts of Steepster is all the fun friends here, & all the trades, cuz we get to sample each others teas, teas I might never actually buy, but am curious about.
You guys are the best ‘pen pals’ ever!
This is a very tart lemon!!

I agree wholeheartedly with you about Steepster being the best way for finding great penpals :) Not sure how I’d have kept sane without you all. Also, this one was amazing! :)

So, I set this sample up to cold brew last night so it’d be ready to go to today for when Robyn came over to visit. I received it as a semi unexpected sample from Lala since I’d gone to the local store it’s sold at to buy some, but was told it’d been discontinued. I didn’t think I’d have the chance to try it, but Lala is amazing and sent me some so I guess I was wrong.

The dry leaf for this smells really intense: sort of like straight packaged lemonade juice mix – but definitely not artificial smelling, just very concentrated. When it came in the mail, I came home and my roommate was in the kitchen smelling the envelope. Since I wasn’t expecting any tea, I was kinda thrown off – but once he handed it over I understood why he’d been smelling it: even through the bag it was packaged in and the paper of the envelope I could still smell the leaf. Out of the sample Lala sent me, I used most of it for the cold brew today (about three cups worth) and then saved somewhere between 1/2 tsp. to a full tsp. to hopefully try a hot cup.

After straining the leaf out, there were still A LOT of little floaty bits, but Lala had warned me of this and it’s something I would have expected anyway considering how finely crushed the lemon peel in the mix is. The smell of the cold brew was really faintly lemon, and I was a little concerned that it hadn’t sat long enough to leech out enough flavour.

Trying it though, it was deliciously sweet and so much like freshly squeezed lemonade. Very thirst quenching, with some very subtle appley notes. Probably one of the best ‘lemonades’ I’ve ever had and I loved that it didn’t need sweetener at all. Robyn thinks this would be really good hot and would be great for sore throats (and I don’t disagree), but I think Lala was probably right in saying that this would be best cold brewed or on ice.

Excited to use up the last little bit of this as a hot brew!

Thanks again Lala for sending me the sample!

So happy you liked this one. I am going to cold brew some after reading this review, I’m craving it now. Maybe if we harass McQuarries enough, they will bring it back!

And it is good hot, just like super lemon tea.

I’m so sad it’s discontinued! I’ve yet to have it hot, but I could have seen it as a staple to have cold brewed during the summer…

This…this is lemon with lemon and the scent of pledge. My husband requested it, so he can have it more then likely. Hot its almost acidic. I’m going to give it a shot over Ice the way its suggested in the description, and see if that makes it any better because WOO does it feel like I’m drinking pledge.