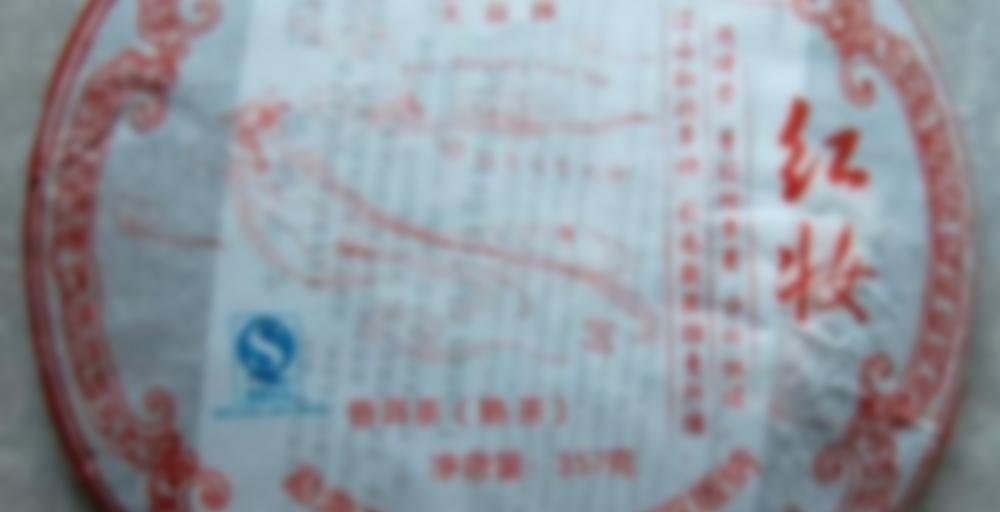 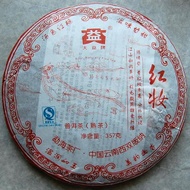 by Menghai Tea Factory (PuerhShop)
79
You

Dayi Red Makeup Puerh tea cake is firstly introduced in 2007 and it is considered as a successful product.

The leaves are fine with some golden tips which are not only on the outer layer of the cake but mixed in throughout the entire cake. When brewed it yields a very nice medium strength shu puerh with a nice clean taste without any musty earthy aroma or flavors present. The brew has a nice mellow taste with a pleasant slightly smooth edge and the expected “Menghai scent” taste associated with good Menghai ripe puerh. The second infusion got away from me and ended up a bit stronger than I usually brew my puerh but luckily Adorned in Red is a very forgiving tea which took on a slight maltiness to the brew but not one that was overwhelming enough to destroy the smooth mellowness experienced in the first round. The third round I paid better attention to the brewing times and was just like the third round and for the fourth round I went for a long brew to finish off the leaves and successfully squeeze out one more yummy round of ripe puerh.

Boiling 1 min, 0 sec
Yours I Like This
2 likes
0 comments
Edit