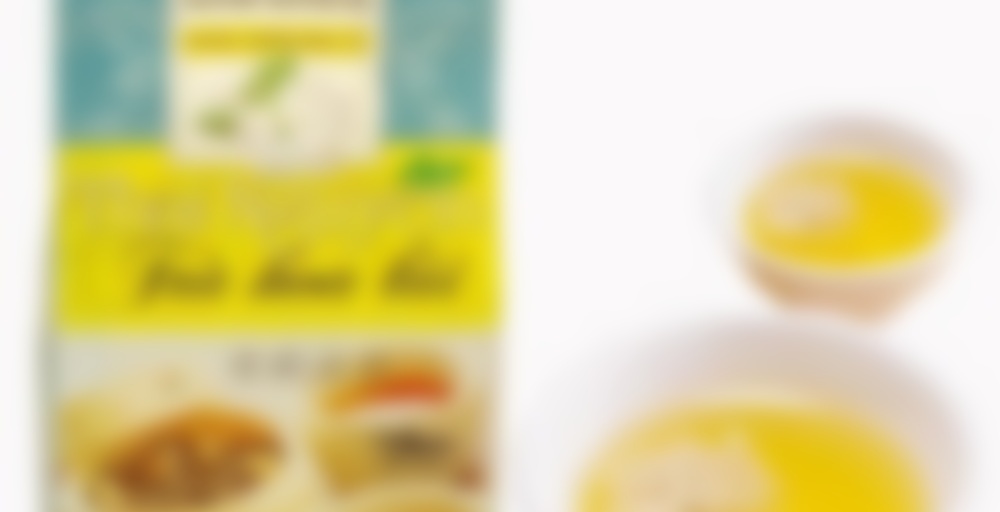 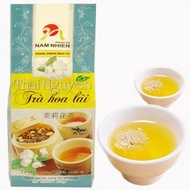 It is selected from the fresh and good tender tea leaves of Tan Cuong – Thai Nguyen. And to be processed in accordance with Clean – Green technology. [sic]

You remember when I checked the no-teas-bought-in-January-challenge box? Right. Thing is, I did buy some teas when I was in Vietnam, but only to give away as gifts. As it turned out, I ended up with one bag too many (it sounds like I broke up with a friend, or something, but I really just grabbed an armful of gifts and then ran out of people who like tea.). I already ran this by my Tea Hiatus Partner, and we’re in agreement. I hereby publicly declare this an acceptable purchase.

This I picked up at the airport – probably not the site of the fanciest tea purchases, but it was very cheap and had cute prep instruction pictograms. I’m a sucker for cute pictograms.

It smells really good in the bag – all thick, velvety jasmine, but without being overpowering, and without a hint of artificialness. The dry leaf itself is very pretty, in varied shades of green, lightly curled up and studded with small jasmine flowers.

I was excited to see that the tea called for 100C water – I really appreciate delicate teas that can take a bit of a beating. They’re generally more fun to play around with, and offer more variety in terms of taste if I feel like experimenting with steeping parameters. I went with a 2-minute steep – the recommendation was for between 2 and 3 minutes.

Taste wise, this is not overly complex, fairly subtle and lightly perfumed, with some slight astringency. It might be tricky to balance this quite right – a longer steep at 100C might bring out more flavour, but it will most definitely render the brew too bitter. It’s a very nice, basic jasmine, though. Rating somewhat knocked down because it left so much residue (I typed ‘residude’ three times before I got it right) it my cup. Hate that.
Anyway, it’s always a bit of a challenge adding teas like these to the database, seeing as I have no clue whatsoever what anything on the package means. Yet another reason to love Vietnam, though – no special characters.

a) As for Thai Nguyên, it seems it is one of the most well-known tea regions in the highlands (I’ve only traveled in the south).

b) Google Translate told me Trà hoa lài means ‘future investigations flower’ which made me laugh so hard I partly slid off the couch. It’s like they know I’m wearing my Veronica Mars Kickstarter shirt! I’m pretty sure it’s supposed to translate as, ‘jasmine flower’, though, which makes the one entry for that ‘merchant’ on Steepster potentially faulty.

c) The URL doesn’t work, but that’s pretty typical. ’We’ll just buy the domain name and put it on all our merch. Looks profesh! No need to actually make a website.’ (Also it looks like the domain expired, so maybe they gave up altogether.)

I keep reading the name as Tra-la-la…

Haha translations are the best. It’s admirable that you tried to stick to your no-buy whilst travelling, but come on, how often are you in Vietnam anyway? That should totally be an exception. I hope you had fun, by the way.

Angrboda: I doubt you are the only one…

Fjellrev: At the current rate, once every five years, haha. And thanks, I had a great time, it was a much-needed vacation. I think the consensus is that Vietnamese teas aren’t that exceptional, but that you have to go to the north to source the good stuff. Next time, maybe!