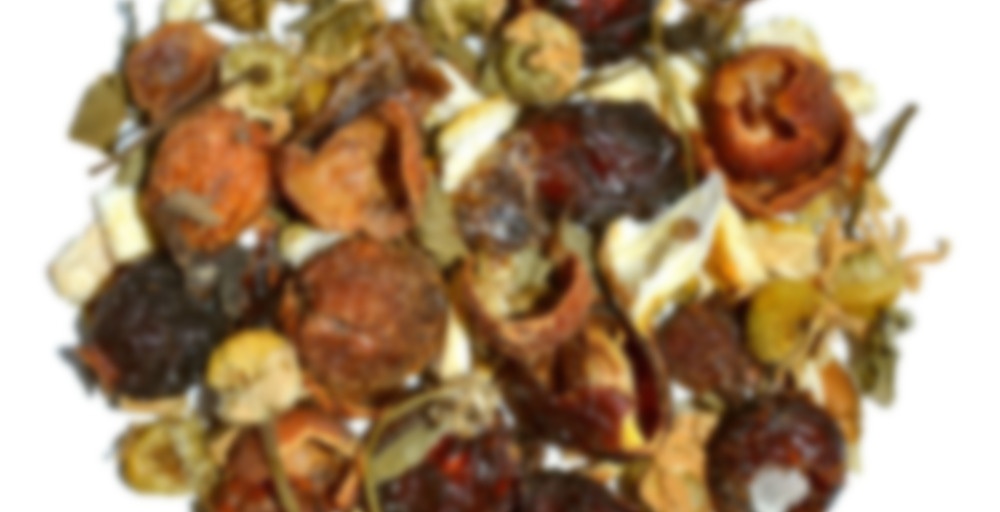 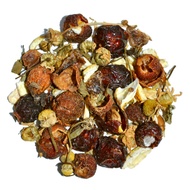 by Nature's Tea Leaf
70
You

Soothing Charm Throat Tea is a blend of chamomile flower, rosehip, peppermint leaf and lemon peel expertly combined to give you a boost of all the right stuff. Our tea provides you with a double dose of vitamin C from natural pieces of lemon and rosehip. We then mix in the throat soothing comfort of peppermint leaf and wrap it all up in a hug of calming chamomile. Treat yourself right this cold and flu season with a hot cup of Soothing Charm Throat Tea.

Only a few days after I get this sample I came down with a sore throat. So I give this herbal a try. I know there’s other stuff in this tisane but all I can taste is the chamomile, it’s overpowered the tea. I added some honey and it is soothing my throat a little, but not much more than any other tea would.

It’s not bad but I don’t think I would order it again. Chamomile doesn’t really effect me, but it might help others fall asleep. Also the vitamin C might be helping me with my sore throat/possible cold behind the scenes.

Apparently I wrote a review on this tea before, but it’s from more than 2 years ago. I did manage to look at it and use the knowledge gained to make the tea today since my throat is still tickley. Thus, I did not use honey in it, but rather just plain sugar. I can put honey in something else later if it’s still bothering me, or drink some more of the yucky tea.

This tea is good but relatively bland. I don’t know if there is anything actually in this tea that is supposed to help the throat or if it was just a snazzy name. (By the by, the name on my package is actually Soothing Chamomile Rosehip Throat Tea but it’s the same tea according to the ingredients I just think NTL likes to rename their teas sometimes).

It doesn’t taste bad per se, it’s just chamomile tea with a few other herbal ingredients thrown in. Chamomile is the dominant flavour.

But at least it’s good for hydration, right? I made a pot of it and put some in my giant cat mug and left some for one of my coworkers if she chooses to drink it. If not, herbal tea is usually fine in the microwave.