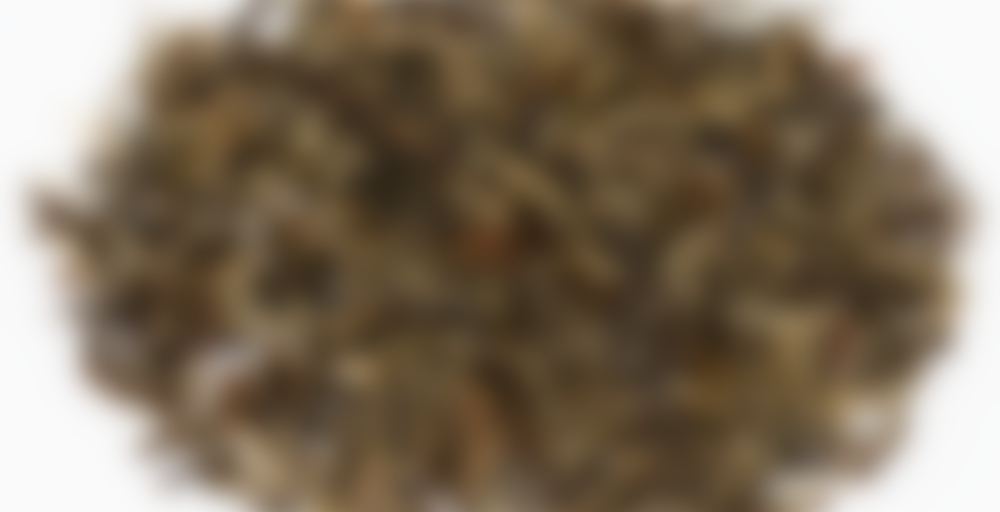 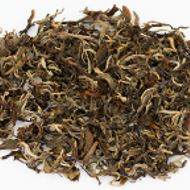 by Nepali Tea Traders
79
You

There are special days in the summer when sunshine is at its best and the tea fields of Jasbirey are shining and almost white. This white tea from Sandakphu is carefully hand-picked during this time to ensure that only one leaf and a bud is plucked. This delicious summer flush is highly aromatic, with hints of orange and lemon. Full leaf, loose tea.

I haven’t had white tea in a really long time. It usually tastes like hay to me. Not this one! I have to agree that this is not just any old white tea. This is like drinking summer! YUM! Notes of melon, citrus, butter, and yes, hay.

I just might have to add a couple of whites to my stash. Thank you TheLastDodo for including this in the package!

Backlog: I finished this cup up yesterday, and quite enjoyed it, even though I rarely crave white teas. This one was a bit more flavourful than I remember other whites – it had a thicker mouthfeel and made me think of bark, but without that being unpleasant? It was slightly nutty and a little sweet too. Fantastic! Thanks VariaTEA for sharing this with me!

Supper tonight was alfredo with green pepper and little cut up vegetarian hot dog chunks. It was kinda borderline kiddish, but guys can I just say that I’m really proud of myself for eating more healthily this new year. I’ve added so much fresh fruits and vegetables to my diet; easily tripled the amount I used to eat, and double the amount of tofu/soy based food I used to have so I’m considerably less iron deficient than I was (I’ve been iron deficient pretty much non-stop since I switched to a vegetarian diet ten years ago). Plus, I’m also either eating a daily thing of yogurt or having a smoothie – or both. Big changes for me. And I feel better, too.

Plus – just from dietary changers alone, and no added exercise or anything, I’ve lost about 8 pounds in the last month and a bit. That maybe doesn’t seem really significant, by my whole life I’ve NEVER been able to lose weight, ever. Only maintain it – so it’s a big deal for me.

Anyway – this is a queued review.

This is the last tea I had to try from January’s Amoda box. I actually drank it the same day as TheLastDodo did because her review encouraged me to actually try it, but I’m behind on writing tasting notes a little.

I have to agree with both people who’ve already had this – it’s a little weird, for sure. Not your average white tea by a long shot. I cold brewed my sample, which I think neither reviewer before me did – I kind of wish I’d done it hot now, because they both seemed to enjoy it better than I did and I’m wondering if that’s the difference.

But, my first, unfiltered opinion was that this had very strong, robust notes of orange rind and burnt hay. But after finishing my 25 oz. brew I think calling it “burnt hay” is maybe a little harsh; it was just really strong, and there was also a malty note present that, with the combination of hay and orange rind was doing some weird flavour things. I also tasted a very crisp, vegetal flavour that reminded me a lot of cucumber, but cucumber with the peel. It’s hard to describe the taste of cucumber peel – but it does have a distinct flavour. I don’t know; maybe mineral and bitter kind of apply to the flavour?

I’m a little sad I didn’t taste the melon that Dodo and LiberTEAs did, because I have a hunch orange/melon would work together a little better than orange/cucumber; but melon (especially green melons) and cucumber do have a comparable taste, so I see where they were each coming from.

Overall; this was fascinating and I think worth trying just because of how different it is but it was a little too weird for me, I was intrigued but a little uncomfortable drinking it and so, unless I was maybe trying it hot, I wouldn’t have it again – and I wont be purchasing any more.

Funny Side Note – if you look up the wikipedia page for cucumbers one of the sections is “In The News”. And while there is something reasonable under the header, all I can picture now is my local news dude reporting on the days stories and saying something like “…And when we come back from our next commercial break we’ll get to today’s breaking story; cucumbers!” What about cucumbers Mr. Anchorman!? What about them!?

:( it’s too bad you didn’t like it! It never even crossed my mind to cold brew it.

I got my February box in the mail today, so before cracking into those teas, I wanted to finish the last one from January’s box. I don’t know why I was saving this tea, perhaps I think it just got pushed off by all the other stuff I had to drink at the time. Que Sera Sera!

Wowza. This is not your average white. On the dry leaf, it smelled sweet, like candied orange peel and sweet summer melons. There was a touch of haylike floral scent to it as well.
The leaves produce a light straw liquor that smells honey sweet. The wet leaf has a hint of smoky sweet potato. The brew….
DIS tea, yo. The brew tastes like a sweet, summer melon, malty dream! It’s like the ‘diet’ version of my absolute favorite black teas in that it is a light and sweet version of my coveted chocolatey, malty, desserty Fujian Blacks.
This is definitely a white tea for people who don’t like white teas.

Thanks Amoda, for splurging on this tea! I may have to pick some of this up on your site :P

This is the only one from the January box I’ve yet to try – should I be doing that tomorrow on my day off? I don’t know why, but I wasn’t really excited about it until seeing your review…

I thought that too! I saw it an was like, “Eh, a white tea? Really?” but I was pleasantly surprised!

This is one of the teas I got in January’s Amoda box and it is actually really nice. I am usually not a lover of whites but this is almost like a plain black in the sense that it is a little richer and fuller than other whites I have tried. It still has the hay/corn/butter notes that white tea tends to have but there is also a touch of malt. I am also getting bright notes that are a bit citrusy. It is really quite nice. I don’t know how often I would reach for it so I don’t know if this is something I would stock right now but I wouldn’t turn down a cup either. 271.

Amazing tea. So sweet. On the SororiTea Sisters review for this tea: http://sororiteasisters.com/2014/06/29/rara-willow-white-tea-from-nepali-tea-traders/ I compare the sweetness of this tea to be reminiscent of the rock candy on a stick that I used to buy at the Disneyland candy shop on Main Street. I realize I’m probably aging myself by saying this but we could get those things for like a nickle or a dime each and I would get a dollar’s worth … I loved those things.

And the sweetness of this tea brings me back to that experience.

No, it’s not exactly as sweet as rock sugar. But, it reminds me of the sweetness that sort of dances on the palate after I’ve finished one of those rock sugar lollipops. The aftertaste of sweetness.

And there’s more to this tea, of course: sweet, fruity, slightly vegetal with hay-like notes, hints of melon and a dew-like taste.

I highly recommend this one.