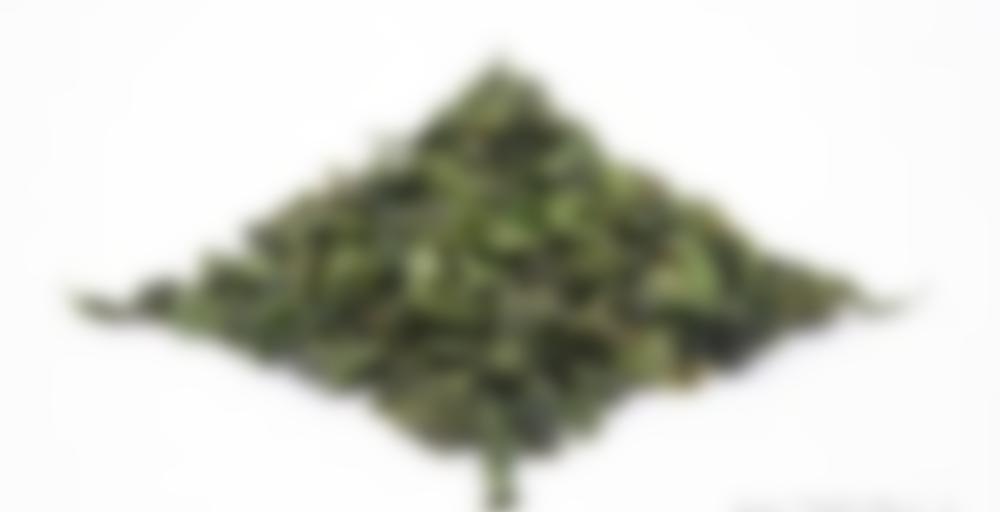 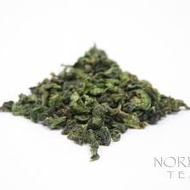 This is our “Diamond Grade” Fall Harvest 2010 Tie Guan Yin from Anxi county in Fujian province. Upon opening the package, the intense floral aroma of this tea is almost overwhelming. The dry leaves are dark green and are fairly tightly rolled into the characteristic ball shape of Anxi Oolong.

When steeped, the leaves are an amazing deep green color, and the fragrance is reminiscent of fresh Lilac & Orchid. The liquor has a moderately thick and satisfying feeling in the mouth, and the flavor has remarkably strong floral notes especially in the first infusions. The thing that always amazes me about high grade Tie Guan Yin is the lingering bittersweet aftertaste that it leaves in the mouth, and this particular batch carries a lovely & lingering aftertaste. It is truly a treat to savor on special occasions.

The concept of different grades of this type of tea is largely Western, but, in general, the grade of this style of oolong is determined by the intensity of the floral aromas in the tea. The more intense the aroma, the higher the grade. This grade of Tie Guan Yin is what we have named “Diamond Grade” to go with the Norbu/Jewel name of Norbutea.com…Norbu means “precious jewel” in the Tibetan language.

While steeping this tea in the Western manner would be just fine, it is our opinion that enjoying this tea Gong Fu style is the best way to experience its many layers of flavor. See our Chinese Tea Steeping Guide for a Video demonstration and general description of Gong Fu Cha.

This Tie Guan Yin is of the newer Green style and is not roasted beyond the time required to drive out the moisture in the leaves after processing. In order to better preserve the fleeting freshness of this spectacular tea, it has been individually packaged and vacuum sealed at the producer’s facility into 25 gram portions.

All orders will consist of individual 25 gram portions in one of our resealable stand up pouches.

For optimum freshness, please be sure to store unused tea leaves in the resealable pouch and consume within 30 days after opening.

The story behind the name ‘Tie Guan Yin:’

Tie Guan Yin or ‘Iron Goddess of Mercy’ is named after the Bodhisatva Avalokiteshvara, who in the Chinese context is known as the Goddess of Compassion or Mercy. The name of this tea is associated with a legend: In Anxi County of modern Fujian province there was a rundown temple that housed an iron statue of Guan Yin, the Goddess of Mercy. Every day on the walk to his tea fields, a poor farmer would pass by and reflect on the worsening condition of the temple. He did not have the resources to repair the temple, so instead the farmer brought a broom and some incense from his home. He swept the temple clean and lit the incense as an offering to the deity. Over the months and years to come, the farmer would periodically return to take care of the temple and make offerings. One night, Guan Yin appeared to him in a dream. She told him of a cave behind the temple where a treasure awaited him. He was to take the treasure for himself on the condition that he shared it with other people in his impoverished village. In the cave, the farmer found a single tea plant. He planted it in his field and nurtured it into a large bush, from which the finest tea was produced. He gave cuttings of this rare plant to all his neighbors and began selling the tea under the name Tie Guan Yin, Iron Bodhisattva of Mercy. (Story paraphrased from the Wei version of the legend as presented at en.wikipedia.org)
Volume Discount: 10% off 100g, 15% off 250g or more

This is a shared with the boyfriend pot. He requested something green that wasn’t flavoured, and I suggested a green type oolong because it was the first one I came across when diving into the Bits and Bops Basket.

The dry leaf had a citrus-y note to the aroma but after steeping the aroma is wildly floral to the point where you would think it was scented with something or other.

The flavour seems to be a bit weakly and watery, but I’m not sure I can really count on that, since I’m brewing (because it’s a shared pot) in a different pot than I’m used to and I’m not sure I really had enough leaf to get the strength that I prefer and am accustomed to.

Apart from that weakly beginning the first bit of the sip is something smoothly vegetal, kind of asparagus-y and a bit spinach-y. It has some floral overtones as well, but not nearly as much as the aroma would lead me to believe.

There is a strong feeling of citrus as well, sort of an umbrella note, covering everything. Not really a flavour of citrus, but sort of like you can sense the presence of a lemon-y note being in there somewhere. The flavour that doesn’t really show itself much but is secretly pulling all the strings behind the scenes.

It’s quite nice, but I’m getting more and more convinced that I’m really outgrowing this type of oolong. I can definitely have one and say ‘this is a good oolong’ and I could even have one in the collection (unflavoured), but it wouldn’t be one I’d be reaching for very often. As close as we get to green in the Standard Panel, after all, are flavoured green oolongs.

I recently opened up my first package of this 2010 harvest. I’ve been trying to space out my TGYs and other greener oolongs so that I don’t have more than one or at most two open at a time in one place, so it was some weeks since I’d finished my previous package of TGY, with other green oolongs in between. And….I’m not having quite the usual ‘aaahhhh’ response I have to TGY when I open a package after flirtations with other teas. Since I’ve been trying to be more conscientious about not opening too many at once, I don’t have any of the previous vintage/order available to compare this with, so I’m not sure if the issue is a change in my palate or this particular vintage (as I’ve been having more trouble with my allergies lately, the possibility of change in palate is very real). The rich sweetness and sense of drinking a meadow of late-summer hay is still there, but something else is not…..or perhaps, something else is there in such abundance that it is masking something else I crave—an overwhelming richness in those first infusions, which may simply need to be a lot shorter. I’m well into this package and I haven’t figured it out yet, but it’s certainly rich and sweet and TGY-ish enough to make continued investigation worthwhile—particularly as I have a lot of it left in the tea drawer at home!

I like this tea. A lot. It’s a tea that has a lot going on, complex flavors but all intertwining. The flavors kind of pop in your mouth, just when you think you know what your tasting, some other flavor reveals itself.
There are not many teas of this type out there that has this kind of quality, it does have floral tones, a wee bit astringent, an almost nutty flavor and a sweet aftertaste.
I gave it a 50 s. steep time and used one teaspoon for every six ounces.
I have bought this tea twice and the next time I buy it, it will probably be a 2011 pick.
Norbu is a very attentive company and answers all questions quickly.
Enjoy!