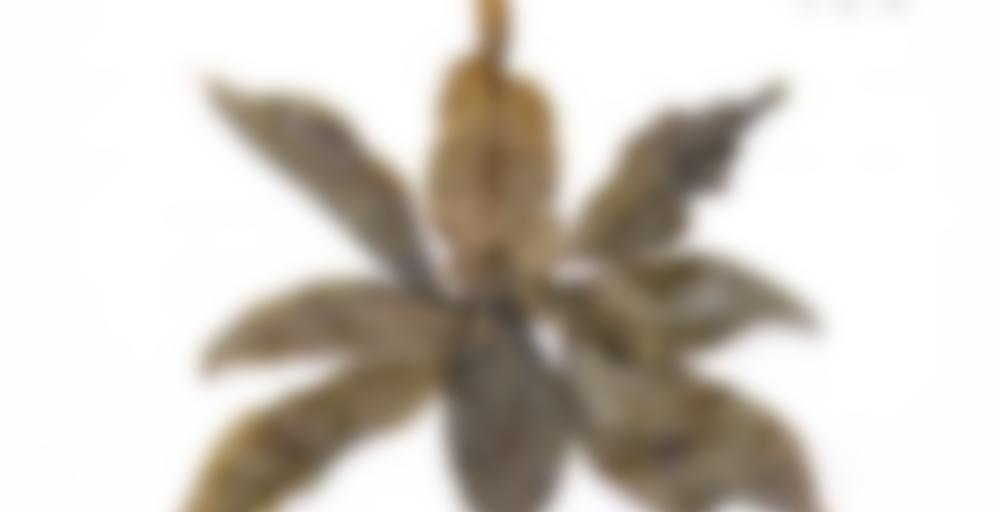 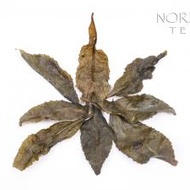 Awabancha is a fermented green tea unique to Japan’s Shikoku Island. In some ways, it is similar to Laphet, the pickled tea leaf salad which is the national dish of Myanmar/Burma. Unlike Laphet, which is usually eaten as a salad, vegetable or condiment with a meal, Awabancha is steeped and consumed as a beverage.

The similarity of Awabancha to the pickled tea leaves of Southeast Asia has led to widespread speculation that there was some sort of cultural influence from Myanmar, Thailand, Cambodia etc, where pickled tea leaves are common, but there is no concrete historical proof of this influence on Shikoku tea production. It is entirely possible that Awabancha emerged on its own in this rather remote region, but the similarities to Southeast Asian pickled teas are hard to ignore.

This batch was produced in Tokushima Prefecture in July, 2010 by a small scale community cooperative natural farm. The processing of Awabancha is very interesting and unlike most other Japanese tea production methods. First, mature/large tea leaves are hand stripped from the branches of the tea plants under the care of the community cooperative. After picking, the tea leaves are submerged in boiling water (instead of steaming) to kill the enzymes in the leaves that would otherwise cause oxidation. After their 10 +/- minute boil, the leaves are then rolled in a rolling machine and packed into large wooden barrels for the fermentation process. As the leaves are added to the barrels, they are pounded/mashed with a big weighted plunger to further crush the cell walls and distribute the juices evenly. When the barrels are almost full, the leaves are covered with the cooled boiling liquid and the barrels are covered with banana leaves before the cover is sealed and weighed down with stones.

After the barrels are sealed and weighed down with stones, they are left outside to ferment for approximately 3 weeks, usually on the shady side of a building or under a shed to avoid overheating under the direct summer sun. After the fermentation process is complete, the leaves are removed from the barrels and dried in the sun before they are ready for consumption.

The flavor of this Awabancha is surprisingly mild & rustic with just a hint of sweet citrus (maybe a very mild candied citron?) in the finish. The underlying flavor of the mature tea leaves is surprisingly mild, and the steeped tea is quite clean & refreshing, with that light “sparkle” of fermented/pickled flavor to keep it interesting. This is a very unique tea that definitely is worth at least trying out.

True story: I tried this right after getting out of a showing of Twilight: Breaking Dawn – Part 1. Even two beers couldn’t erase the badness of that movie. Perhaps tea could do what alcohol failed to do. Thankfully, it (mostly) did. This is the anti-sencha; the anti-Japanese pan-fried green tea. There was quite a bit of complexity going on with the flavor – equal parts citrus, tang, sweetness, seaweed and a tickle of vinegar. And the best part? It was a green tea I could boil the s**t out of with a lazy brew-up.

Boiling 3 min, 0 sec
Yours I Like This
8 likes
7 comments
Edit

You’re brave to bother trying to see that movie in theaters! Even the book was terrible, IMO. The Vampire Diaries and True Blood (books and movies) are way better! :)

I am vampire’d out. Luckily I still have my zombies.

I’m a Harry Potter fan, myself. And I thought that Robert Pattinson made a better looking wizard than he does a vampire.

Interesting….if I ever order from Norbu, I’ll give this one a try. :))

@LiberTEAS – If you only saw him in Harry Potter, you’d think the boy had talent. Especially for making a Hufflepuff seem cool.

This was…interesting? I’m not a fan of pickled anything but this was actually not half bad. It was surprisingly mellow with a mild citrus tang at the end of each sip. The smell of the wet leaves was a bit of a turn off though.