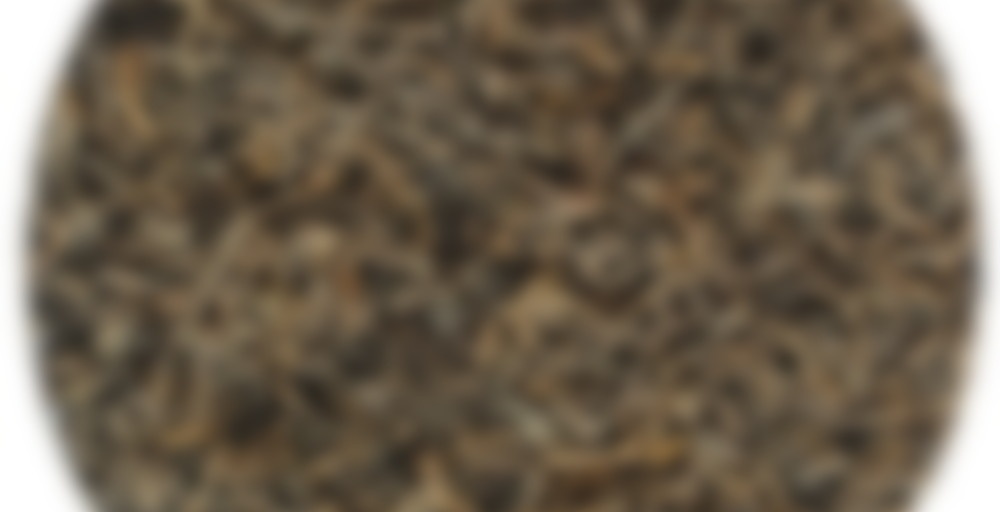 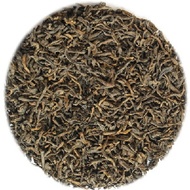 by Nothing But Tea
75
You

We are repeatedly asked for an older stronger Pu Erh, and here it is – an older Pu Erh with a stonger more earthy taste. Stocks of this vintage tea are necessarily limited and we may not be able to ensure a constant supply.

As this is a very long post indeed, here is a summary for those with short attention span.

Tea is very good. Smooth and with some smoky notes. It lasts for many steeps, and provokes rather a lot of mental images about cattle. Yes, cattle. The animals that say moo.

I was sorely tempted to try to write this whole entire post in the royal We, it being Imperial and all that. But then I decided that I would find that annoying to read in a long post if someone else did it, so it would undoubtedly be equally as annoying to write. So I didn’t.

I don’t really know why I was in pu-erh mood this morning. Usually specific moods and cravings like that have something to do with what I have just seen other people post about. A famous example here is Mike and that caramel black he’s got that always makes me want to go and make mine.

But that wasn’t it this time. I had decided on being in a pu-erh mood, before I even started looking at my Dashboard page. Maybe I was dreaming about cows last night or something like that.

Anyway, I dithered a bit between my various pu-erh samples from Nothing But Tea and eventually landed on this one. The word ‘Imperial’ rather appealed to me this morning.

I did a short 15 second pre steep, and then steeped for 30 seconds in not quite boiling water.

This tea has aroma all over the place! It’s a little sweet and a little flowery. Quite summerly and very pleasant. Some of you may recall that I rather like that note in pu-erhs that reminds me of an oldfashioned cowstable. Not the milk or meat factories we have today, but a small stable with maybe five to ten cows all lined up eating hay and waiting for someone to come and milk them by hand. Maybe they’re even plotting kicking over the bucket a time or two for some brief bovine entertainment. (I have mental images of giggling cows now….)

Anyway, I like that note in a pu-erh. As is evident, it speaks to my imagination. Even when it isn’t there, because this pu-erh doesn’t have that note. Oh, the cows are there, all right. Only they’re not in the stable. Here, they’re out in the meadow, eating grass and with little calves running around them playing moo.

First sip blindsided me. Scratchy! Rough. Almost smoky. Who set fire to my cow pasture?! I mean, hey I like smoky in tea. Heck, I love smoky in tea. I just wasn’t expecting it here. As it cools down a bit, it smooths out completely and the scratchy smoky bit is gone. It’s gone all round and slightly earthy but without being dusty or mouldy. There’s even something a little flowery on the swallow there. It’s vague, but it’s there.

The aroma is stronger. The cows are still in the pasture and there’s an earthy note. Like, maybe it just rained. I can almost see the rainbow.

Tastewise, it’s stronger here. The smoky note is more apparent in the beginning, but it still turns smooth after a while. There’s a slightly dusty note on it now and the floral swallow is gone. It’s still nicely round though, and it’s going quite well with this piece of chocolate I’m eating.

I went for the same steep time this time instead of a full minute, because the second steep had turned so much stronger than the first on just those 15 seconds.

It’s earthier here. I think a cow just took a good roll in the dust out there on the pasture. Look at how she’s wiggling her legs! The scratchy has gone from the initial sips, it’s just plain smoothness. I suspect it’s because I didn’t increase the steeping time.

The cows are back in the stable. There are definite stable-notes in the aroma now, although the cows are still rather smelling of fresh air.

The scratchy flavour is back again with the longer steep. Although it still smooths out as it cools, it takes longer for it to do so. The smoky note is much more pronounced now and it doesn’t go away.

It’s odd, really. You would think that a smoky note would go away over time and steeps, not increase in intensity.

Maybe it’s a good thing I didn’t go for that royal We thing. How something called ‘Imperial’ can turn out to be so very peasant-y, I’m not really sure, but the royal We totally wouldn’t have worked in this post at all.

These are just the first four steeps and I’m posting here because this is already turning out to be a very long entry. I dare not think how long it would be if I were to continue it until the leaves had been worn out. I’ve been drinking this tea from this morning when I got up around 8 o’clock and until now where it’s about half past two. It’s the only tea I’ve had all day, and I haven’t grown bored with it yet. I’m definitely going to be getting me some more of this later on.

It’s rather an inspiring tea. I think I’ll be doing some writing now.

Cows in the barn just isn’t invoking the correct mental picture…can’t get past the patties and, well, all that. Still, I appreciate a post that has some thought and detail…I learn from them. Like the fact that you get a lot of resteeps.

My great-grandparents were farmers, and I can vaguely almost remember what it was like in the stable. It’s that smell that I can only nearly recall. Later when I went to school, some of the other children’s parents were farmers and had cattle, so we always got to see all the animals and pet a calf and such when we were there for birthday parties and such. Pu-erhs tend to trigger a lot of those things for me. :)

Looooove this log! Love all the detail and the various steepings and the characteristics of the cows!

P.S. Your screen name for some reason makes me constantly want to call you “Angry Body.” Maybe that nickname will stick from now on.

Well, I did get called the angry dane once. :p

I’m quite pleased with myself that I managed to stop before I started naming the cows. But just so you know, one of them is called Blossom.

Angrboda, I think I know what you mean. I grew up in a little rural town and a friend of my family’s had a farm with hay and cows and chickens and whatnot. The sunshine and hay and dirt roads illicit very distinct olfactory nostalgia for me, though now I’m imagining cows in purple robes with jewel-encrusted crowns and fu manchus…

LOL! You put that image in my head now too. Blossom’s concerned about her crown falling off when she lowers her head. ;p
But anyway, I got so lost in those cows I completely forgot all about the imperial-ness.

Argh this is something I’ve always wanted to try! I just bought so much tea, though, so this is going to be put on hold once again. sigh

I gave up on sleep at 6:50 am, got up, started installing multiple programmes on the computer, and made a pot of this tea for the first time ever (my first pu-erh too) Obviously it’s going to be one of those days.

I have no idea what I think of it. Earthy and sort of musty tasting but somehow not unpleasantly so; it tastes – and this is gonna get weird – you know in The Magicians Nephew by C. S. Lewis, the wood between the worlds? If you put some of the mud from that place in a teapot and brewed it I think it would taste like this.

I can’t even tell if I like it or not.

Boiling 4 min, 0 sec
Yours I Like This
3 likes
2 comments
Edit

I like the C.S Lewis analogy! I can totally see what you mean with pu-ehrs tasting a bit like that. Maybe not mud for me, but it’s close enough.

My evil twin declared that it tastes like sphagnum moss that’s almost peat… I’ve decided not to ask how she knows what that tastes like.