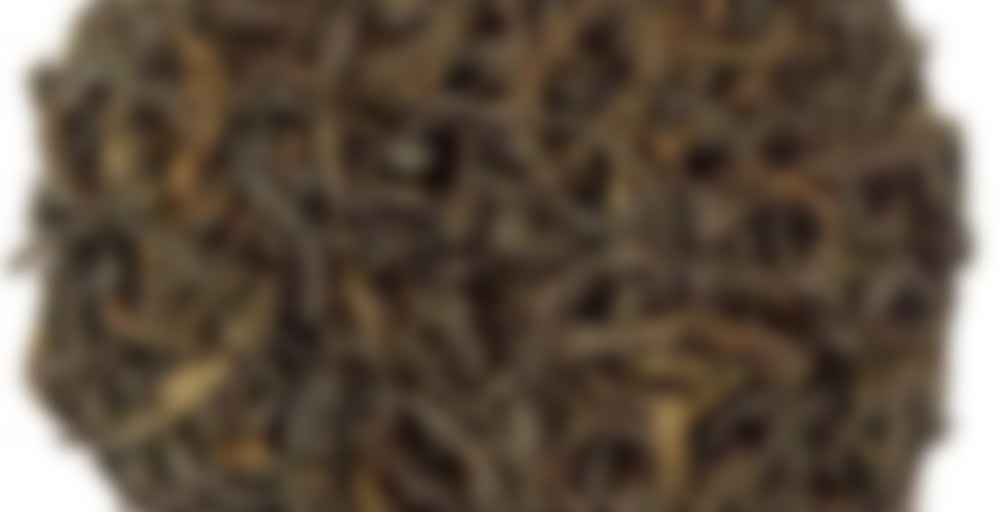 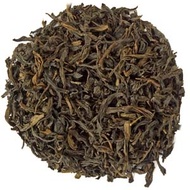 Our first organic Oolong tea. This one is grown in China and has a light yet pleasantly earthy liquor.

Brewing Advice: One heaped teaspoon per mug. Add hot but not boiling water (80ºC). Steep for one and a half to two minutes.

The Drama-Llama has been turned loose in my work place. Like, in a big way! My boss gave me a description of the latest development today, so when I came home I felt rather in need of a good solid cup of tea.

I felt oolong-y, but not in favour of any particular oolong, so I just picked one of the ones from Nothing But Tea that I hadn’t tried yet.

So what to expect? I couldn’t even guess if it would be from the blacker or the greener end of the scale!

Turns out it was the blacker. My immediate guess would be Fujian-y because it reminded me rather of the Dawn only without the strong cocoa note. Of course Dawn isn’t a Fujian tea, heck it’s not even a chinese tea! But the Dawn is quite similar to the fabled Tan Yang Te Ji which was a Fujian tea. This didn’t have the Assam-y quality of the smoky note at all, but it had a certain earth-y dustyness that felt similar to me.

I think that’s the same note that I’ve seen described as mushroom-y. I’m not sure I agree on the mushrooms, but I can totally see where it’s coming from.

This is not a bad oolong. It’s not an outstanding one either. It’s very nice indeed and functional. Hit the spot just right for me today for example, but it’s still somewhat anonymous. Just like its name. Come to think of it, what I originally thought was a pretty generic and non-descriptive name has turned out to actually be surprisingly accurate.

No grand gestures here, but that’s okay, because sometimes you just want a simple, honest cup of tea.

There was a mix-up at Nothing But Tea’s suppliers and this note was on a brew made from this tea mislabelled as Vietnamese Imperial Oolong, so I’ve cut and pasted the note to where it belongs – with a little editing.

I made a brew with all that was left – emptied the caddy into the filter. It might have been a well heaped teaspoon but certainly not more. I steeped for three minutes with water several minutes off the boil.

In the mug it’s a medium-intensity, clear yellow-brown.

In the nose there are touches of chocolate, freshly-turned soil and gravy. There’s also a tiny hint of the smell you get in chicken sheds, or walking in woodland or thickets where thousands of birds roost at night.

In the mouth I’m getting notes of chocolate, freshly-turned soil and gravy. There are a firm cut grass and a sweet fruitiness contrasting each other. There’s just an underlying hint of a butter or toffee smoothness – difficult to say which. There’s the tiniest hint of that bird thing. It’s actually so complex that it’s difficult to get a grip on it all, but it’s quite distinctive – and excellent!

I made a second infusion, same way.

The colour is much the same.

I get a fraction more of the chicken or bird thing in the nose. I’m also now getting hints of the grass and fruit.

In the mouth it is very similar to the previous infusion. Again, I think the bird element is a fraction more noticeable, also the fruitiness and grass. The overall feel is just a tad thinner. It’s still excellent, though.

I’ll post a note on the new stuff in a day or two.

ETA – I’ve just noticed that I didn’t mention a ‘basic tea’ note. I really don’t remember noticing one; but, the brew had plenty of that ‘satisfying’ quality, so it must have been hidden in there, somewhere.