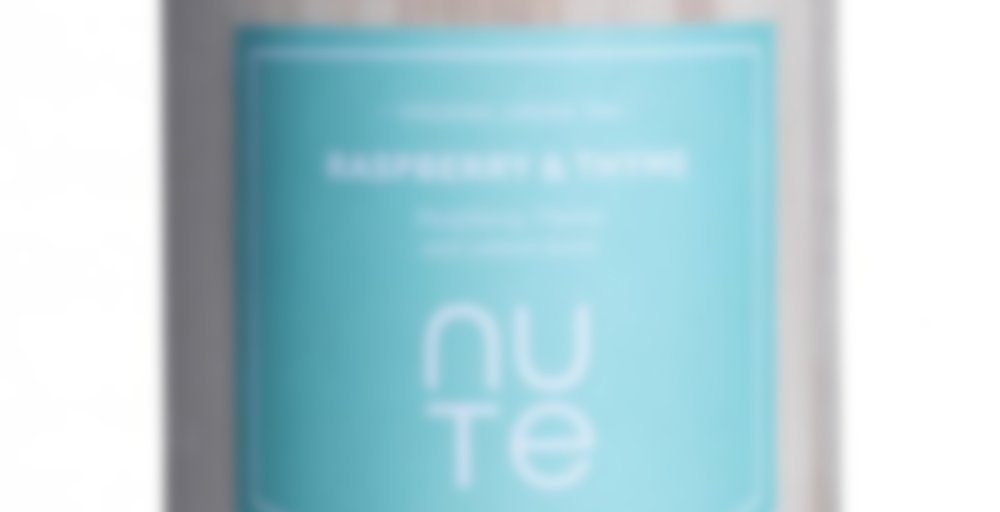 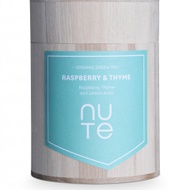 This one is the very evidence of my greed of purchase when I finally bought tea after having forbidden myself to do so until the box of things not yet tried was empty. I already knew it existed. It has been in the back of my mind since someone, I don’t recall who, shared a peach and thyme flavoured tea with me, so I’ve known for a good eight months now that I would buy it eventually and probably sooner rather than later. So when given the opportunity, I immediately took a caddy. It comes in these wooden caddies that are very attractive looking (see the tea photo), but for actual tea storage when the plastic bag inside is opened, fairly useless. I try not to rip the plastic bag, but if that happens, I have to tin it. I then proceeded to the till with my loot and saw NUTE sample satchets. Without thinking, bought two satchets as well. Of the same tea. And only realised this afterwards.

It smells lovely. Thyme and berry in equal parts. Thyme a little more obvious, though, because it’s a fairly unusual flavour in tea. It’s on a green base, which I imagine will work well with the raspberry. I can’t remember what kind of base the aforementioned peach and thyme tea was on, so I don’t know how the thyme will behave.

Oh, it’s quite thyme-y and with a background of raspberry. There’s a long aftertaste of thyme. The raspberry and the base tea are sort of in the middle of a thyme sandwich. First thyme, then raspberry and green and finally the thyme aftertaste. This may sound like a strange combination, but it’s actually really nice. Really, really nice.

I’m not generally too interested in green tea, because it’s not really substantial enough for me. Thyme has a strong and distinctive flavour, and I find it adds a lot of substance to the green tea. It makes it stronger, if you know what I mean.

I’m glad I got a whole caddy of this.

I really liked this one as well!