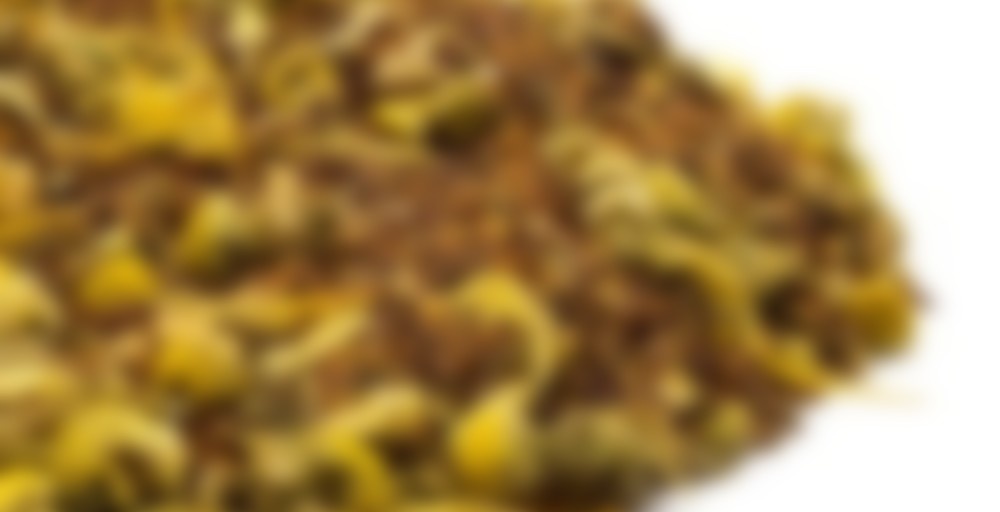 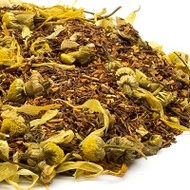 by Ohio Tea Company
81
You

I’ve been trying a large amount of rooibos teas lately that I expected to dislike but ended up loving. “Surely this can’t be as good as it sounds,” followed by a recoil at the weird medicinal smell of the tea when the bag is opened, and some grouchy muttering when taking a begrudging sip of a tea that actually tastes like liquid dessert without any sweetener. (Case in point: I nearly wretched while making a thermos of chocolate hazelnut rooibos to take to work, but it’s astoundingly delicious to be sipping on right now.)

This one smells aggressively medicinal with a hint of orange peel and some dust in the bag. Pretty sure the dust aroma is from the bee pollen and chamomile. The aroma is even more perturbing when it steeps. However, let it cool down a bit and it tastes like a creamsicle. Sweet tangerine and orange with a kick of honey and whisper of vanilla. It took effort to not chug the rest of the mug when I made it last night. I’m now on the 5th rooibos blend in a row that has far exceeded my expectations and it’s starting to frighten me. Sooner or later, one of these has to taste like cough syrup and mud, and the chance of that happening is growing steeper with every cup.

Like your lemony one, I’ve had variations of the rooibos/orange things and liked them. It seems to be best with ice-cream flavors (vanilla, chocolate, and I would count orange and lemon as well). I have, however, tasted some retch-worthy rooibos chai concoctions.

Rooibos is weirdly nice for carrying sweet flavors like that! I’m growing more fond of it by the day. Noted on the chai, though. Even regular chais on black tea bases rub me the wrong way. Too much cinnamon, too much anise.

I am drinking a caramel rooibos iced and sweet right now, wasn’t crazy about it hot but it is okay this way.