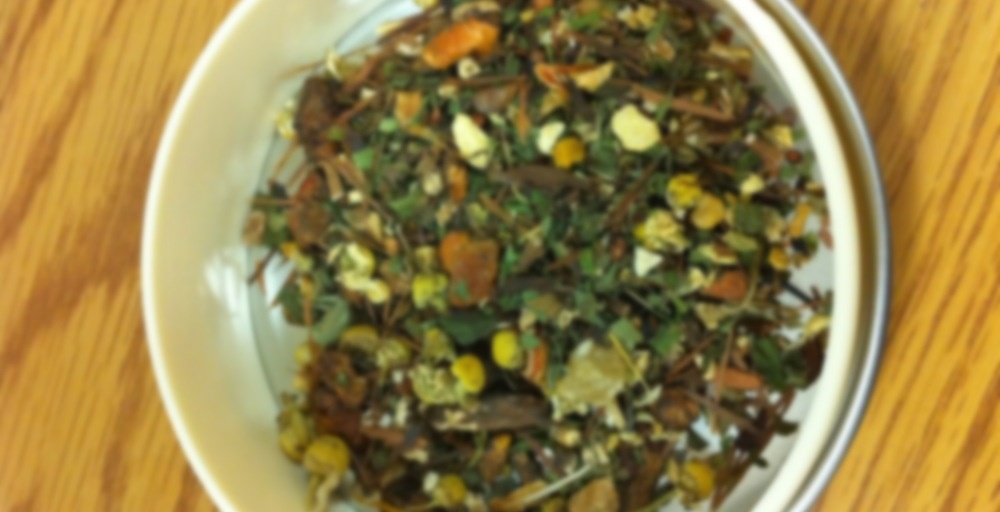 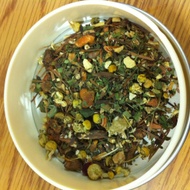 by PekOe Sip House
79
You

This wellness blend from PekOe Sip House in Boulder, CO isn’t on their menu, but you can ask for it by name in the retail store.

This blend is visually stunning. It’s full of so much stuff it could keep you occupied just identifying all its parts. Normally that’s something I balk at. I’m one to prefer fewer ingredients to extra ones. But in this case, it all works out well.

You’ll clearly see the chamomile, rosehips, cardamom, calendula, ginger and fruit pieces. I had issues identifying everything, and I’m certain I missed plenty of ingredients, including which fruits were included. The dry aroma is mostly mint. Every time I tried to capture more nuance I just ended up sneezing though so I gave up after ten or fifteen attempts.

Once steeped, the liquor brews a sensuous golden color. The aroma is a combination of the mint and chomomile, with only the slightest hints of stones fruits such as peach or apricot. Some camphor can also be noted. The briskness of this tisane blend is limited to the mint. Everything else seems to soften the blow.

I recommend this blend to anyone with a sore throat and to fans of chamomile and mint teas.

Totally got me through the flu season! Their “Revival” wellness blend is nicely balanced and feels good in the body. For energy, I have also put the Pekoe Mate in this blend for a boost while detoxing.