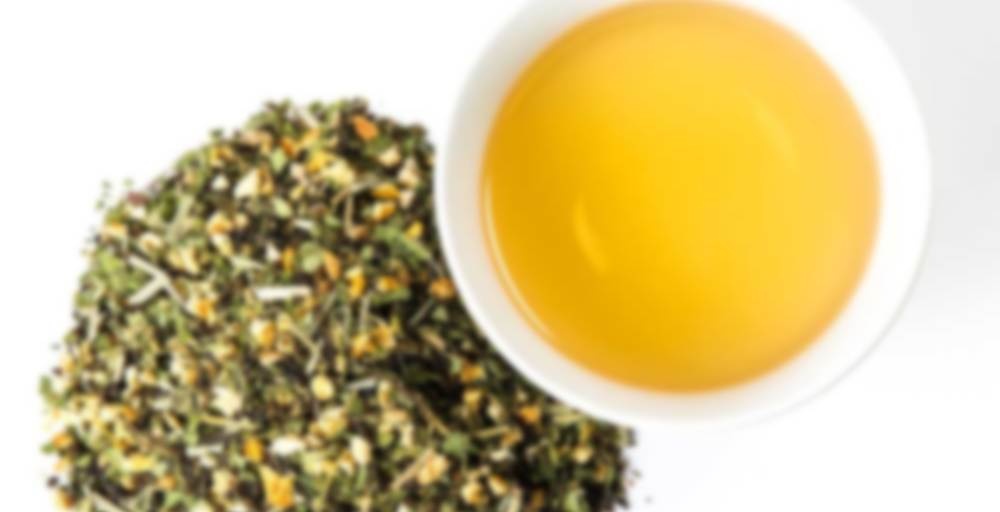 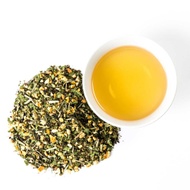 A delicious tonic combining echinacea, oranges, jasmine, spices, lemongrass, and mint. The rooibos, tulsi (also known as holy basil), and ginger in this herbal brew contribute to its unique body.

From this weekend during the Steepster freeze.

Another of my samplers from 2018. This blend has also changed to what it is now currently, and much more significantly; the version I have has black tea included, even though it is “advertised” as an “herbal blend,” while the updated blend is a proper herbal tea. However, the blend I have says it actually includes honeysuckle flowers, while the new blend does not (it lists chamomile instead). I certainly don’t want black tea in my “herbal” type blends, but the novelty of something like this, to me, is the honeysuckle (it’s even in the name!) so it’s a bit of a shame that they took two steps forward and then another step back when they updated the ingredients list on this…

Anyway, on account of the black tea I have in this older version of the blend, I brewed this pot of tea in the afternoon, before my “caffeine cut-off” on a dreary day where I’m feeling rather nasty. The brew is a muddy brown color and smells earthy and minty… it reminds me of the aroma of tulsi, actually (which is in the new blend, but not my version). It also smells sweet, like a sticky sweetness… (licorice root? Again, an ingredient in the new blend, but not my version).

It tastes minty, but with a sharp herbaceousness to it, and a slight earthiness as well… I think the flavor is coming more from the echinacea than the mint. I’m also getting a cinnamon sort of note, which I can only guess may be a flavor coming from the black tea in the blend. There is a hint of florality, but it is actually pretty subtle. I’m also getting a slight citrusy aftertaste.

It’s an easy drink that reminds me mostly of tulsi in flavor, but nothing I would feel I need in my cupboard.