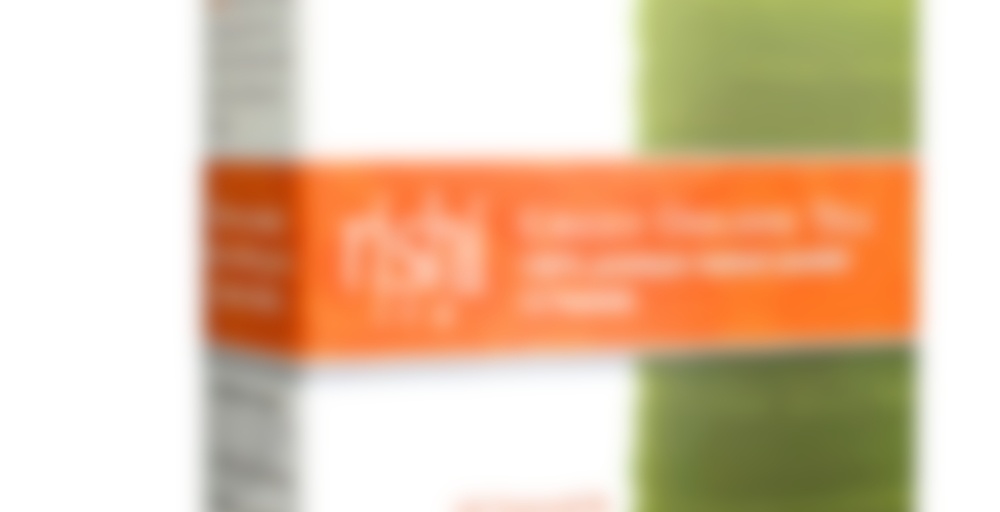 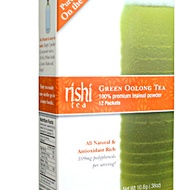 Oolong tea is one of the most cherished tea types throughout Asia for its profound aroma and health benefits.
All Natural & Antioxidant Rich
109mg polyphenols per serving!

To Your Health
Unlike instant tea extracts, Green Oolong is made with 100% pure tealeaves that are cold milled into a fine powder. No added colorants, synthetic sweeteners, sugars or flavors—just the antioxidant, vitamin and mineral-richness of real tea.

Low Caffeine
Contains just 3mg of caffeine per serving, compared to 85mg in your average cup of coffee.

Antioxidant Rich
Natural tea powder is one of the richest sources of flavonoid antioxidants which protect your body against free radicals—molecules that can damage cells. The powerful antioxidants found in tea are believed to help prevent cancer, lower cholesterol, strengthen the immune system and promote weight loss.

I have had this a couple of times, once while camping and once for choir. The convenience of the pour-a-packet-in-a-water-bottle beverages cannot be overemphasized here, because lord knows I didn’t drink this for the taste. Basically, when dissolved in a bottle of water, the water’s texture thickens slightly and you get a little tiny vegetal green tea taste that you almost feel you might be imagining. The water turns sickening green and murky, but the taste is quiet enough to be almost unnoticeable. Quite frankly, the price ($9.99 for ten packets; the Matcha packets are twice as much) combined with the lack of flavor puts this out of the realm of re-buying possibility. I love Rishi and I think they have some of the most forward-thinking teas and tea products out there today (AND they’re a Wisconsin company). But this particular idea? Fail. I’m giving it the points I am because it doesn’t actually taste BAD per se.

(And I’m bringing a few packets with me to Turkey just because they’re interesting, and maybe I can bond with some fellow tour members by giving them a packet for their water bottles!)

So wait, is this actual powdered tea, like Matcha, or is it dehydrated powder ala Nestea?

It’s powdered tea, which is why it costs so much, I assume.