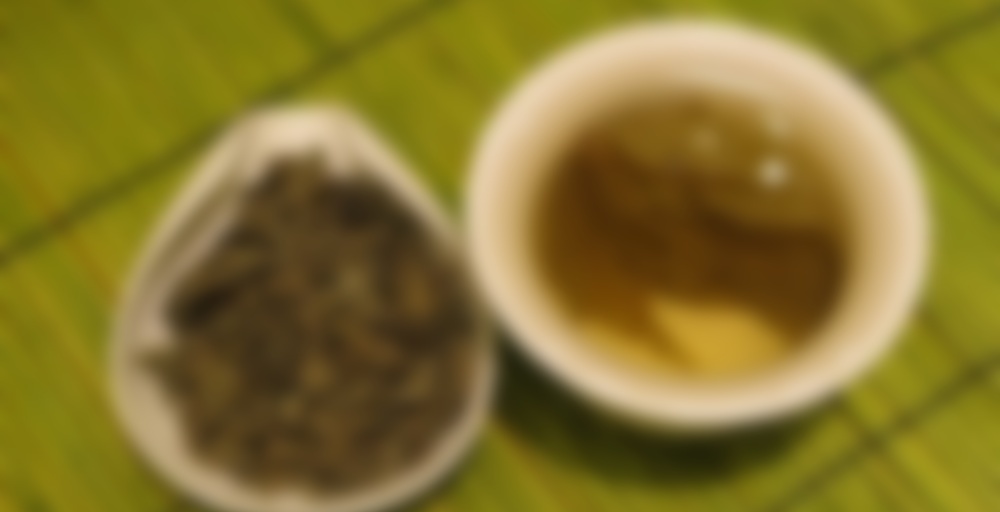 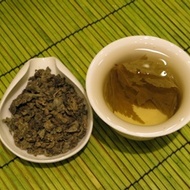 These naturally sweet and delicious leaves come from a variety of the rosebush that is grown it China. It is naturally caffeine free, low in calories, and has been used in China to help with high blood pressure and blood circulations problems.

This is also a perfect natural sweetner, simply mix these leaves with other loose leaf teas for a natural sweet taste.

Quick Backlog … Before I went to St. Louis we took a quick day jaunt down to Kansas City home of Shang Tea. I wish I had more time there – they are SUCH lovely people but we were so hungry and both my and my daughter’s blood sugars were dropping fast so we had to go eat soon. Anyway after sampling a few teas and picking up two that I wanted – I had to grab some of this!
When we sampled it we all were so surprised! It is SWEET VERY SWEET like liquid all nature sweetener! Now I would not drink this straight myself although my daughter LOVED it straight, but it is PERFECT and let me repeat PERFECT to add only a little bit to your other teas to sweeten ALL NATURAL!
I LOVE this stuff should have got more but I do have a little to share. I am for sure sending some to Kittenna and TeaEqualsBliss in soon to come trades.
If anyone else really loves to sweeten their tea or is curious about this please let me know. Oh and I even got a discount on it when I mentioned I was going to share with fellow Steepsters! How cool is THAT for customer service??
:)
If you live anywhere near KC go into Shang and enjoy sitting and sampling all their teas and look around at all their lovely pots and also jewelry and other neat items!
Lovely place, lovely people!
I will be back when I have more time – consider yourself warned lol.

Naturally as sweet as a sweetener? This tea sounds like bliss!

Yes as in like sugar, agave, honey but different – its just like SWEET lol PM me your address and I’ll send ya some!

Is it an herb? Stevia? Do you know the scientific name? I’d love to do some reading on this!

Honestly all I know is what is on their site about it here:
http://www.shangtea.com/sweet-leaf-tea

Amy PM me if you would like some with your addy please.

Hello all, glad you are interested in the Sweet Leaf Tea. The scientific name is Rubus Suavissimus, the Chinese Blackberry plant. It is a member of the rose family and the leaves produce their own sweetener similar to stevia.

Here’s a generic overview from wikipedia of the Rubus family: http://en.wikipedia.org/wiki/Rubus

There are also multiple studies out there about this plant that talk about the chemical composition, etc.

Let me know if there are any other questions, thanks everyone!

Thanks for the info!

What a lovely surprise from Azzrian – thanks so much!

This was a shocker because at first glance it looked like a rolled oolong! It’s actually leaves from a type of rosebush! I’m game! Bring-It-On!

While infusing the leaves DO magnify and multiply! They plump up really nice! Some of them remind me of cooked kale. The aroma is savory and vegetal.

The post-infused liquor is CRAZY Sweet! And naturally at that!

It sort of reminds me of Stevia Powder a little bit – like from nuNaturals, for example…but not quite. Many that paired with the hydration of celery might be a better description of what I am tasting.

The more I drink this the more I actually like it. Again, I’m diggin’ it because it’s different. Because it’s sweet but naturally sweet! Because it DOESN’T leave a funky after taste. Yeah…this is unique and surprisingly tasty after you get used to it.

You are SO welcome! Isn’t it cool to find something so unusual and awesome! :)

I almost ordered some of this when I got the sampler from them, it looks so unique and tasty.

Thanks for sending me a bit of this to try, Azzrian!

Had this not been labelled, I definitely would have assumed it was an oolong, by the appearance of the rolled up leaves. I have to admit that I wasn’t a big fan of the smell of the leaves while this tea was steeping. It was a very vegetal, somewhat familiar aroma, and it just didn’t appeal to me. It almost smelled… fridgey? You know, that sat-too-long kind of smell? Luckily, the tea doesn’t have that same aroma, and smells more like Nestea’s green tea with lemon, or something like that.

…. oh my. This is crazy sweet. It seems I should have used about half the leaf I did! This is quite good though, but honestly WAYYYYY too sweet for me at its current level. I used the whole baggie of tea that I received (I didn’t measure it, but maybe 1-2 tsp) in a large-ish mug, and it’s very, very sweet. Almost… like golden raisins… why am I getting that association?? I’m getting a bit of that fridgey taste, but I have a feeling it’s just something in the leaves that’s causing it, not an age thing.

The flavour definitely reminds me of when I’m plumping up raisins for oatmeal raisin cookies, so raisins in water in a bowl in the microwave, making lovely raisin water that I drain out.

Anyways, I don’t think this is a tea I’d drink as tea… however I noticed that the recommendation was to add a bit to other teas to sweeten them, and I think that’s a great idea that I’ll have to try sometime… because I think I spotted an extra baggie of this in my box from Azzrian so I do have some left (that must have been an oops?? :P)

Thanks for a sample of this one, Azzrian! I’m always up for trying new, interesting things! :D

Yes for me this is WAY too sweet as a tea. I had actually made a post on this that you might have missed. It is EXCELLENT for sweetening other teas though – which you did find out I see. :)
My daughter however does love it on its own but she is a sweet tooth girl all the way.
I love it when I want to make a dessert tea pop.
And it only takes a few rolled nublets! :)

And wow, does it ever sweeten. I used 3 pieces and steeped along with some Sungma darjeeling from Harney. There is a slight aftertaste that I associate with non-sugar or honey sweeteners. Enough so that I wouldn’t use this again with a tea not as light as this darjeeling. However, I will definitely try using it with the afternoon chai at work tomorrow. This should be a good compromise with those who don’t want sugar every afternoon and those of us who like our chai sweeter. :)

Rating is based on how likely I am to use it again, not as a tea to drink on its own.