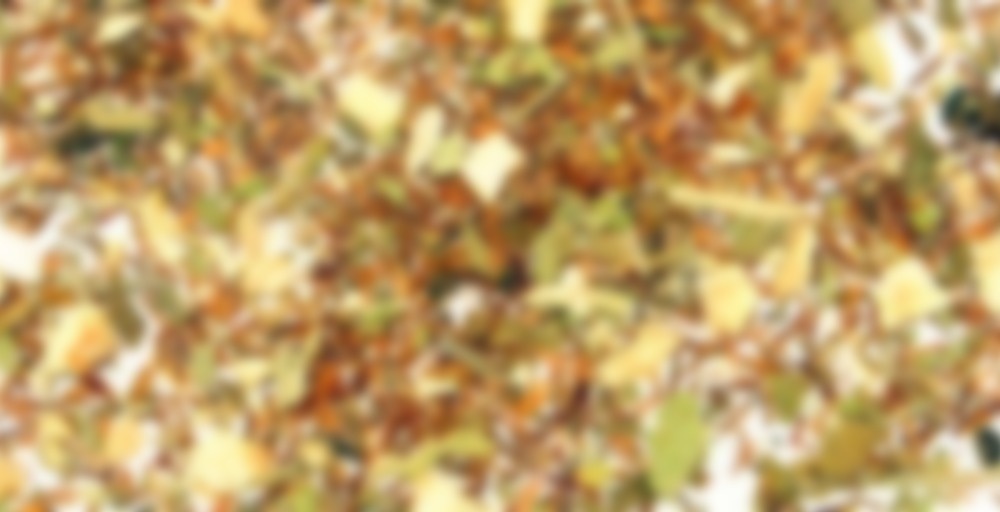 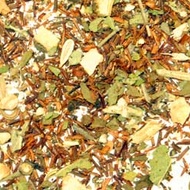 by Shanti Tea
75
You

An energizing and warming blend which is spicy and robust.

This is a sample I got with my Shanti order a while back, and I believe it may be the first Shanti product I’ve tasted. It being evening, I was looking for something without caffeine, though this may have been a mistake as it is supposedly energizing despite the lack of caffeine.

In the sample packet there’s a sweet cocoa-like aroma which is odd since there’s nothing that should smell like cocoa among the ingredients. The steeped tisane has a savory smell to it which I attribute to the holy basil, sage and pepper. It’s a light brownish orange color.

I expected the flavor to also be savory but it doesn’t strike me that way. There’s still a cocoa-like note but I think it’s the ginger that’s responsible. I’m glad I don’t get a strong licorice taste despite the licorice and fennel in the ingredients. Having had the Upton Holy Basil last night, this is sort of a jazzed up holy basil, with a little more interest going on. I don’t get a strong cardamom flavor, but the ingredient list is similar enough to chai that there’s a sort of faint chai echo to this. I don’t taste the rooibos except in the aftertaste and it’s smooth and lacking enough in the woody department that it isn’t problematic for me.

It’s okay, but it’s not bowling me over. I don’t think I’d buy it, but I’m glad for the chance to taste it.

Well, this is WARM – naturally. Yes, it’s spicy but you can’t really pick out each spice…except for maybe the pepper…I guess I can taste the pepper more than the other ingredients spice-wise.

I’m enjoying that they did this with Rooibos…almost like a Rooibos Chai, even.

This isn’t to shabby. “E” for effort.

this tea is everything the description says.

It is nice and spicy, and just delicious. This may sounds silly, but even though it is a Rooibos tea, I do feel more alert and energized after sipping on it.