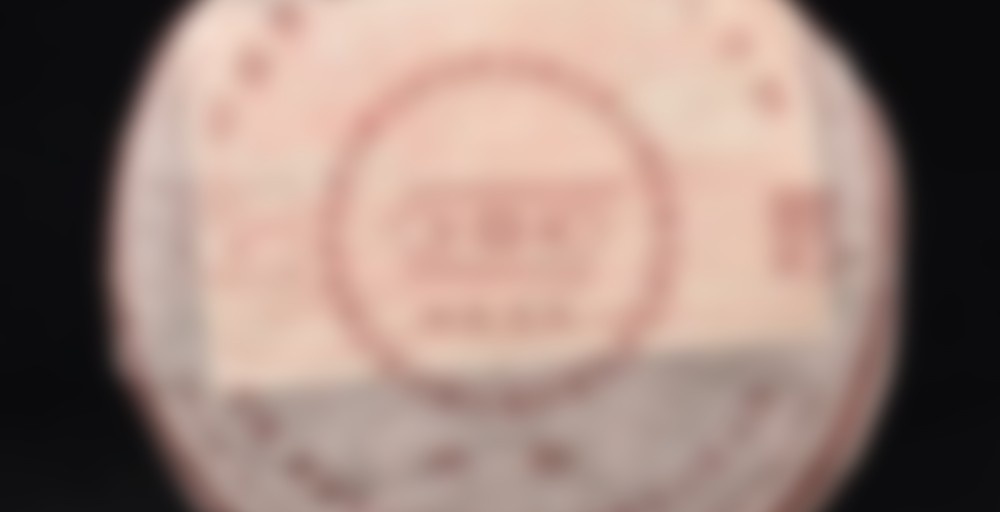 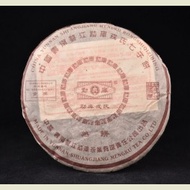 If I hadn’t gotten this from Yunnan Sourcing I would doubt the age on this tea. It hasn’t cleared anywhere in the way I imagine a eleven year old tea should have cleared. There was a lot of fermentation flavor to this tea. It was the dominant note for the first four or five steeps along with notes of camphor. There was also a bittersweet note in the beginning. This gradually turned into something sweet in nature. I can’t say I found notes of chocolate in this one. I could go out on a limb and say it developed a fruity taste in the latter steeps, that’s a maybe. Not sure what the note in the latter steeps would be described as. Overall I did like this tea. It just had a lot more fermentation taste than you expect a 2005 tea to have. I guess it was a victim of extremely dry storage at the Yunnan Sourcing warehouse and from whomever they bought it from. I think it will probably clear given another five years or so of New York storage. Someone once told me that ripe tea only changes for the first five years and that’s it. That person couldn’t have been more wrong. In my experience it takes twenty years of dry storage environment for a ripe tea to change into one with no fermentation taste. The 1996 Dayi Lao Cha Tou I recently bought from Aliexpress King Tea is an example of one that has totally cleared. This one was still quite good, just still needs to clear.

what does shou taste like if the fermentation taste is gone?

That is very hard to describe. Try to think of what fermentation tastes like and then imagine shou without it. Until you try a shou old enough to have none you don’t know exactly what it is. Usually twenty year old shou has none in my experience.