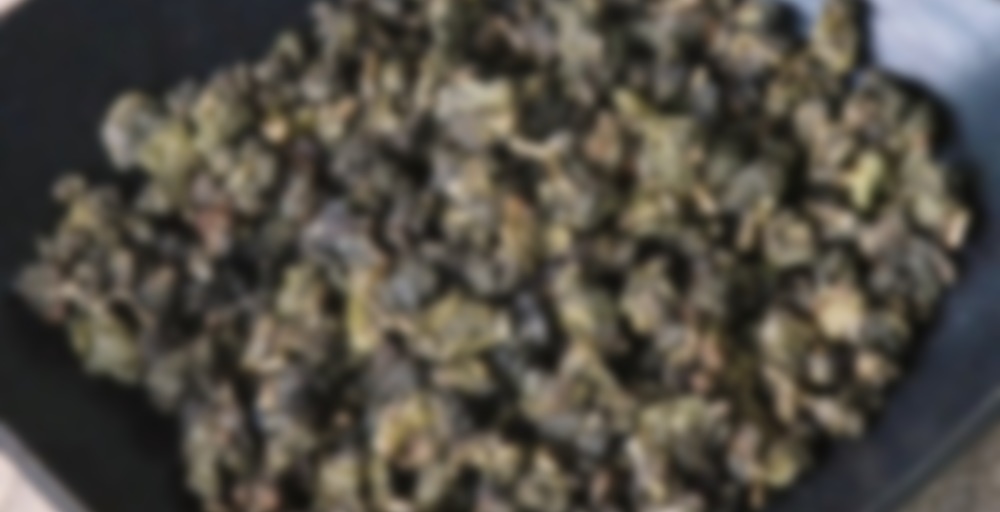 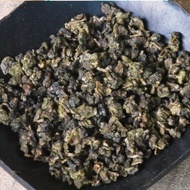 The Jin Xuan Oolong tea cultivar was brought from Taiwan to north Thailand during the 1990s to serve as one out of a range of alternative cash crops in the context of a Thai Royal Development Project intitiative to substitute opium poppy cultivation. The Jin Xuan cultivar had before been identified by an examining team of experts on-site as one the tea plant varieties best suited to be grown in north Thailand. Here, the plant finds optimal climate and geological conditions that are similar to those in its original place of origin at altitudes between 1200 and 1800 meters and a seasonal change between a rainy, a hot and dry, and a cool period in a 4-months rhythm.

In north Thailand, the extremely versatile Jin Xuan tea plant not only yields the classic Pouchong Oolong Tea of low fermentation / oxidation degree, our Jin Xuan Oolong Nr. 12 Blue Pearls, but we have also been proudly offering another highlight from the spectrum of northern Thai teas, our Jin Xuan Black Pearls,Jin Xuan Hoarfrost Oolong winter tea from Doi Mae Salong, north Thailand a strongly fermented/oxidized black (or “red” tea, following the Chinese tea classification) that has established as the most popular of our teas from north Thailand so far.

Another tea yielded from this highly versatile tea cultivar is the Jin Xuan Hoarfrost winter tea, a (winter) harvest picked outside of the normal harvest cycle around December each year, whose taste is surprisingly distinct from the teas yielded with the spring and summer harvests from the same tea variety: though the winter tea, by its north Thai producers often referred to as “Hoarfrost Tea”, due to the morning frost conditions at the time of its harvest, might share quite some of the basic features of the Oolong teas produced from the harvests earlier in the year, it has its own distinct and exquisite features, such as showing an even richer spectrum of fruity taste notes, those combining to a dominant malty taste with longer infusion periods, which is missing with the spring / summer variations of this tea variety.Jin Xuan No. 12, young shoot in February 2013, Doi Mae Salong, north Thailand The taste of the Jin Xuan winter tea is further characterized by an intricate multi-layeredness, adding a range of special taste and aroma elements to the earthy and grassy basic taste notes the Jin Xuan Oolong tea is known for.

The big secret of the winter harvest lies in the correct selection / picking of the tea leaves for a high grade winter tea, a task that among other, more processing-related ones is performed with masterful skill and obvious excellence at our Doi Mae Salong producer partner: in our own house, DMS Jin Xuan Hoarfrost Oolong winter has very quickly established as our favorite tea amongst our favorite teas, a position it has been maintaining effortless eversince, mainly due to the mentioned multilayeredness of its taste, which makes this Oolong tea never seeming to outwear or become boring. Unfortunately, there’s a downside to the very strict selection criteria for the winter tea, which is the fact of a very low volume yield, so we might not be able to offer this special version of Jin Xuan Oolong tea all year through.

The options of preparing Jin Xuan Hoarfrost Winter Tea are as versatile as the tea and the plant is is yielded from themselves. Just like with most other Thai Oolongs, a water temperature between 85°C and 90°C will yield the best taste results. DMS Jin Xuan Raureif Oolong Wintertee in Gong Fu Cha Teezeremonie For the first infusion of the Jin Xuan winter tea, we recommond an infusion time of around 2 minutes, with little more than 1 minute for the second infusion and then progressive prolongation of the infusion period for the subsequent infusions respectively. This way, DMS Jin Xuan Hoarfrost Oolong (Winter Tea) will produce 4 – 5 full and worth infusions.

However, in the case of preparation in the style of the Chinese Gong Fu Cha tea ceremony and the very short infusion periods that are typical for this, DMS Jin Xuan Hoarfrost Oolong (Winter Tea) will produce a good number of infusions more.