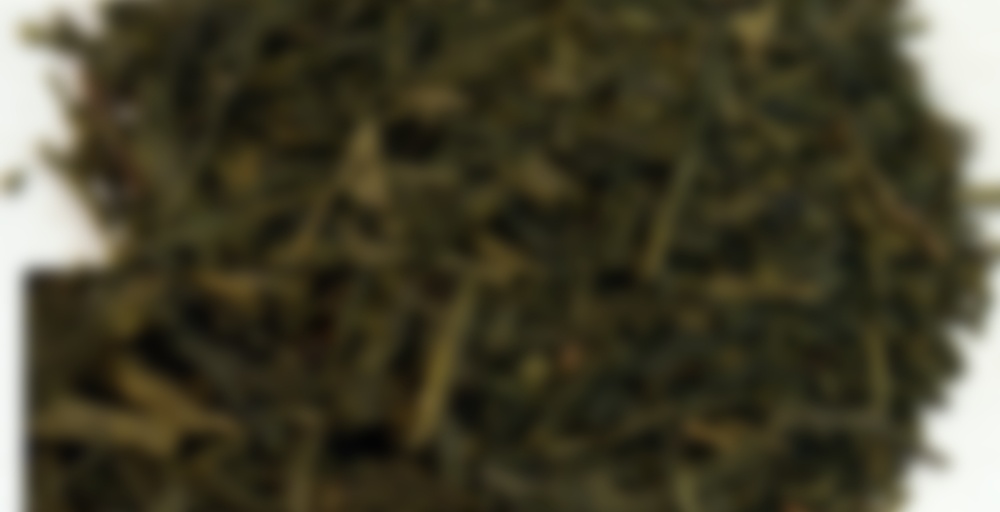 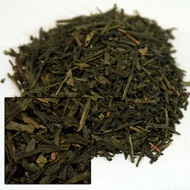 Japan, with its warm climate and ample rain, is a perfect environment for tea growing. Tea growing is thought to have begun here in the 8th century. While other countries grow their tea bushes on hillsides and pick teas by hand, Japanese gardens are meticulously planted in rows along hills close to natural water sources. Although some teas are hand-picked in Japan, most of the tea grown here is mechanically picked and processed using high tech machinery. Also, unlike other countries that designate their teas by regions or estates, Japanese teas are generally sold by styles.

The flat, smooth, thin leaves are similar to a Gyokuro tea. Fuji Green Tea is a different tasting green tea, with a malty undertone and sweetness in the cup.

Here I am finally catching up on my reviews. Yay! This time I bring the Steepster world something just a little bit different. This is a unique Japanese green tea currently offered by the good folks at Simpson & Vail. In terms of aroma and taste, I think it falls somewhere between a gyokuro and a traditional Japanese sencha, as it reminds me of both. It does, however, display a few characteristics that I would not normally associate with either of the aforementioned types of tea.

To brew this tea, I settled on a multi-step Western infusion. For those of you who read my reviews, that should come as no surprise, though I should note that I have been brewing a lot more tea gongfu style lately. Anyway, I brewed this tea at 165 F with an initial steep time of 1 minute. Subsequent infusions were steeped for 1.5 and 2 minutes respectively.

First infusion: The infused liquor was a clear, pale green. I got pronounced aromas of edamame, grass, hay, and oddly enough, radish on the nose. In the mouth, I detected robust notes of edamame, radish, grass, hay, sea salt, kale, chestnut, and perhaps just a touch of walnut. There was also a subtle maltiness and corn husk sweetness that became especially evident on the finish.

Second Infusion: The infused liquor was again a light, pale green. Milder aromas of grass, hay, and vegetables were joined by slight mineral, malt, and nut aromas. In the mouth, slightly milder notes of grass, hay, kale, edamame, nuts, and radish were joined by fleeting impressions of earth, seaweed, spinach, and minerals. The finish displayed a pronounced minerality, as well as a pleasant and unexpected swell of grass, earth, hay, and leaf vegetable notes. I did not really pick up any of the corn husk flavor I found in the first infusion.

Third Infusion: Again, the color of the infused liquor was a pale, clear green. I did not detect a ton of aroma. There were fleeting scents of minerals, malt, grass, hay, seaweed, and corn husk, but I had to really struggle to identify them. In the mouth, I picked up a mixture of grass, kale, and seaweed, as well as more than a touch of minerals, but then something interesting happened. The sweetness returned! Around mid-palate I was hit with delicate flavors of chestnut, malt, and corn husk, that continued through a clipped finish with some grassiness and minerality.

Honestly, I could have probably stopped after the second infusion, but I was just so interested to see what else would happen with this tea that I pressed forward. I had hoped the aromas and flavors would not wash out quite as much after one infusion (like you would expect from a really good gyokuro), but that was not really the case. Still, there was enough going on in the second and third infusions to satisfy me, and because the overall flavor profile of this tea really is so unique and interesting, it is impossible for me to give it a poor review. To me, this tea tastes like a cross between a standard Japanese sencha and strong gyokuro with just a bit of the malty, nutty sweetness that I would typically expect from my beloved dragonwell. In the end, this may not be the best Japanese green tea that I have ever tasted, but I really dig it and would not be embarrassed to recommend it to fans of Japanese green teas.