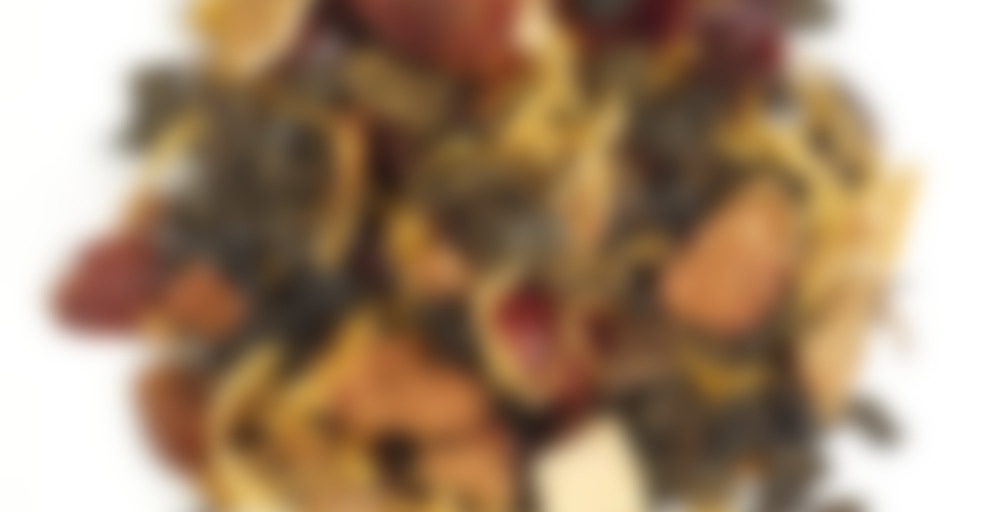 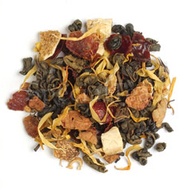 Jump start your day with this healthy organic blend that is just the right amounts of green tea and Vitamin-C-packed fruits, flowers and spices. One sip and the sun will come out!

Backlogging and based entirely on my memory

I bought two pounds of this during SpecialTeas’ going-out-of-business sale at the beginning of 2011 for 75 % off (I think we paid roughly $12 for it).

This was a flavor-added gunpowder green tea (although they don’t mention ‘gunpowder’ in the description). As with The Blanc de Cassis initially my wife and I liked it, but over time it lost it’s appeal (although it took much longer to lose it). It was still enjoyable after it lost it’s initial appeal, but just not as good as the other green teas we began drinking. Still, I more-or-less enjoyed the last pot I made of it (about a month ago). I tried slipping this one past my wife with the last pot, and right away she remembered not liking it (foiled again!).

I bought two pounds of it of it because it was inexpensive, and I was looking for a flavor-added green tea. It was a visually appealing tea with all of the colorful goodies in it. Overall I was satisfied with it (I think my wife was mixed). It did have a couple of pleasant spicy notes in both the aroma and the flavor which complimented what the gunpowder had to offer fairly well. The amazing thing about gunpowder is that it seems it has better longevity than most other green teas because of its shape: the leaves are wrapped into tiny pellets thus exposing very little surface area to the elements that often work to quickly degrade a green teas fresh flavor. Although some of the tea from SpecialTeas (and Teavana that we bought at the same time) were starting to taste flat, this one never did. Overall, this was a reasonably good flavor-added gunpowder.

stupid steepster ate my note again…i should know better. bah! bah! wasn’t impressed with this one.

Tell me about it. I can’t even like reviews tonight. Bah.

This tea is as bright and cheerful as its name suggests. The vegetale green tea mixes with spicy cinnamon and the flavour of citrus peel, creating a warming cuppa that’s quite different from the usual flavoured green teas I’ve tried. The citrus peel is maybe a tad too strong, but I suspect reducing the steeping time a bit would help that. I like!

not a fan. it looks much better than it tastes.

This green tea is a delectable blend of rosehips, apple, orange, vanilla, cinnamon, and cardamom flavors. The spicy & citrus flavors are well-balanced and pack quite a punch. It’s similar to an orange spice tea, but with a twist. I doubled the leaves and iced it and it was delicious!