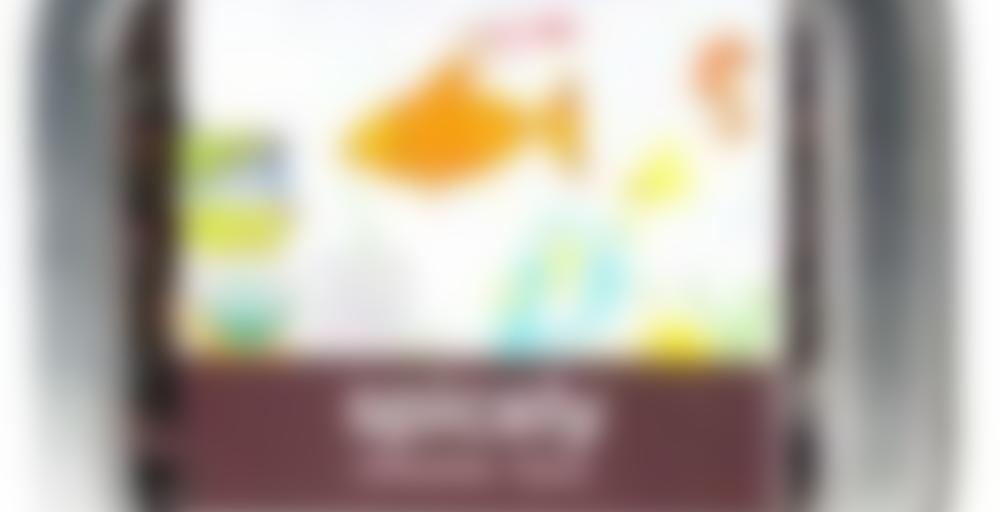 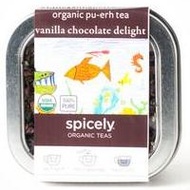 by Spicely Organics
65
You

A perfect dessert-like cup of tea! The tea is delicious as is and can be enhanced with a touch of sweetener or milk. It boasts cacao nibs, cinnamon sticks and vanilla; the perfect combination for a cup of decadence. INGREDIENTS: Organic Pu-erh Tea, Organic Cacao Nibs, Organic Cinnamon Sticks, Organic Vanilla Nibs, Organic Stevia Leaf

A new tea from the lovely MissB.

This is not really what I was expecting, and unfortunately I don’t really like it that much. There’s a LOT of cinnamon in it. A LOT. Wow. In fact, where’s the chocolate? There’s cinnamon, a hint of vanilla, and a strong stevia aftertaste.

Dry it smelled really good and balanced, but steeped, I’m afraid I don’t care for it at all. If it were cinnamon and vanilla, with no chocolate or stevia, I think it would be a lot better.

Oh stevia, you ruin everything.

I hate stevia. I hate all fake sugar but stevia might be the worst to me. It is metallic and weird and this probably could have been a great tea. Why why why add a sweetening agent when people could just choose to sweeten on their own?

Very tasty! As some of you are probably very aware, I don’t usually get excited over Pu-erh (the opposite, usually I put off trying a Pu-erh, which really isn’t fair that I do that, because I do usually like the tea, but my initial reaction comes from my first few experiences with Pu-erh which were not favorable.) But this is a pretty good blend. I love the combination of vanilla cinnamon and chocolate.

The earthy qualities of the puerh really complement the chocolate and the cinnamon nicely, and the vanilla gives it a nice, creamy taste. I wish the stevia wasn’t in it, but that’s really my only big complaint about this blend.

A very well-crafted blend: I highly recommend it.

How exciting, they finally got their teas put up on the website!