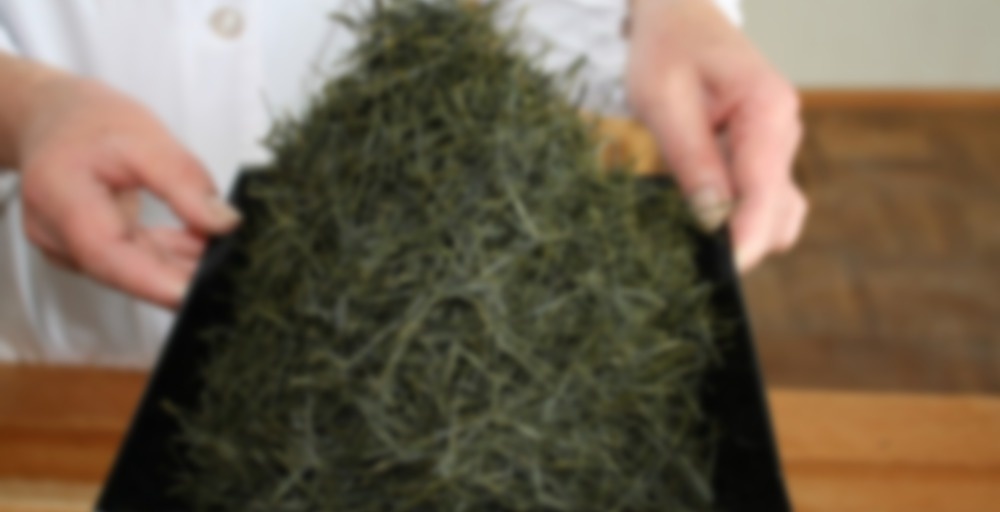 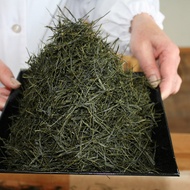 by Sugimoto America
86
You

Temomi means “hand kneading” in Japanese and Temomi Shincha is 100% hand-made green tea. When Sencha was created centuries ago, the Temomi method was commonly used, but today machines have replaced hand labor. In recent years, the Temomi technique is vanishing.
Temomi Shincha is a very special tea for a special occasion. If you would like to try the truly traditional taste of green tea, this should definitely be your choice.

Tea plants in our tea field are grown in their natural form. Usually tea farmers prune the tea plants to make their production volume large. Unpruned tea plants called “Bara-ki” don’t have as much production volume but have much more sweetness and nutrition. A week before the harvest, we covered the tea field by a black cloth, just as is done for Gyokuro and Matcha. This allowed the tea plants to stock up on natural sweetness.

We started the hand-pick-harvest from 8AM with 10 workers of local tea farmers. The hand-pick-harvest continued until 11AM and about 3 kg (6.6 lb.) of raw leaves were gathered. At 10:30AM, Temomi artisans started their preparation and the first steaming took place. After the steaming, hand-kneading started and continued until 4:30PM. The kneading process took place on a hot plate called a “Hoiro,” and the wet tea leaves dried as the kneading was completed. By the end, 1.8 kg (4 lb.) of beautiful Temomi Shincha was created by the artisans’ hands.

How appropriate that this would be my 100th tasting note.
I’ve been looking forward to trying this tea since I got it in May, but the right opportunity never presented itself.

I’ve giving this 100; but this really is higher than any other 100 I’ve given. The award-winning Gyokuro that I got came close, but this was even better. If I could give 110 to this, I would. It is worth every penny at $1.50/gram (though, I wouldn’t want to buy more than what I did, a packet of 10g).

Anyway, this had all the best flavors of Japanese green tea, and none of the things that people don’t like when they avoid it. No bitterness whatsoever, not even a hint. No astringency. No nuclear green-ness. No overpowering vegginess.
I like bitterness and astringency in the right proportions and in the right tea; and I like the fresh vegetable flavor that comes with Japanese greens. No other teas are like them.
But this was the kind of tea even a non-green-tea-drinking individual could love. Or at the very least, appreciate.

The dry leaf was long, full leaves, and smelled sweet and marine/seaweed like. It was rich and intense. Just like the picture above.

The brewed leaf opened up to reveal whole leaves with the a small amount of stem. The color of the liquor was a beautiful, almost bluish-clear-green.
The taste was similar to the award-winning gyokuro, but less intense and marine/seaweed-like, and a lot sweeter. It wasn’t sugary sweet, but sweet in that calming, refreshing, delicious way that Japanese greens are.
And it went for 7 steeps and still had lovely flavor through each. I probably could have kept going.

I heard about hand-rolled Japanese green tea, but it didn’t look like you could find it online here in the U.S. No one carried it – even specialists like Den’s, or Maeda-en, etc. It’s just their ‘Traditional Tea’ that they make and drink for the enjoyment.
I did find it on a Japanese site (Kaburagien) later, but …. I found it!
Sugimoto America offered it for a short time in late April/early May. You can read more about Temomi cha on their blog (Google Sugimoto blogspot). This is the way Japanese green tea used to be made, and this is the way it is supposed to taste!

For any green tea lover, especially Japanese greens, I definitely recommend watching for it next year. You will probably be able to pre-order in April again from Sugimoto. :-)

The best analogy for this tea that I can give is this:
There are fruits and vegetables that you buy at the grocery store; ok they’re good. Then there are the vegetables that you buy organic or high quality from some place like Whole Foods, pretty good, sometimes you can tell the difference.
Then there are those times when you’re at your grandparent’s house and they bring in from their garden fresh _____ (insert favorite fruit or vegetable here). Or maybe you have your own garden. The difference in the taste between food you eat from a garden, and that which you find mass-produced in the grocery store is really significant.
I remember tasting green beans from my grandfather’s garden and thinking, ‘Wow! So sweet, so delicious! I don’t believe I’ve ever REALLY had green beans before until now.’

That’s exactly what this tea is like. It’s like they brought it from their garden to you. The way all tea was meant to be made. Everything else you can get is the mass-produced stuff in the grocery store for everyday living. Or at best maybe a Farmer’s Market.

I imagine that one day, in Heaven, on the New Earth, I’m going to have the privilege of being able to work in a tea garden and learn from some expert how to roll my own temomi-cha and drink the tea I learned to make. Organic, pure, grown in conditions not possible here. I’m so looking forward to it!

Northwest Tea Festival is held in Seattle on Oct 2nd and 3rd.
Since I read your review,I like to try different types of tea these days.
I heard this festival is really expanding in this 3 years and many companies will attend this festival.
I am really excited to go to the festival!!!!

Those of people who are interested, here is information.

Thanks for posting! I hope the festival went well. Sorry for my very long delayed response, I didn’t see that you had posted here. I look forward to trying more of SA (your) teas some day.

I got some of this year’s harvest of this tea (it’s now sold out.) What an incredible tea it is. Definitely one of the very best green teas I’ve yet to taste.

The dry leaf resembles slender, long, green needles. Beautiful. These have been hand-rolled. Amazing, the craftsmanship that goes into this tea. This tea requires a very low temperature (just 100°F) and I steeped the leaves for 3 minutes. The tea is very pale but very, very flavorful. Sweet and a thick texture.

This tea is really, really awesome!

Rich, buttery, grassy, creamy. I infused the leaves three times and the third infusion was my favorite. After that, I even ate the leaves after dressing them lightly with sesame seed oil and a squeeze of fresh orange.